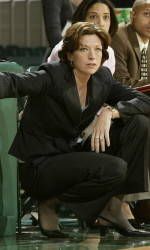 The Game Riding a four-game win streak, the Hurricanes take to the road for the first time this season as they travel over 2,300 miles cross-country to take on Montana Friday night at Dahlberg Arena at 9 p.m. (EST) in Missoula, Mont.Radio, Television and Internet BroadcastThe game will be broadcast live on WVUM (90.5 FM) and can also be HEARD LIVE on hurricanesports.com.td>The Hurricanes With a 7-1 start the Hurricanes will look to improve to 8-1 or better for just the fourth time in school history. Miami has been dominant over the last four games, outscoring opponents by an average of 24.8 points per game while forcing 24.3 turnovers per game.

Senior forward Tamara James has made the most over her time this season, averaging 22.0 points in just 26.9 minutes per game. Her 22.0 points per contest leads all ACC player. James also tops the UM roster in steals (3.25 spg) and rebounding (8.3 rpg).

Junior guard Renee Taylor ranks second on the team and 11th in the ACC in scoring (13.3 ppg) followed by senior guard Melissa Knight’s 12.8 points per game. A pair of freshman in center Brittany Denson and guard LaToya Cunningham have also made impacts this season. Denson leads the team in blocks (1.86 bpg) and Cunningham leads UM in assists-to-turnover ratio (2.75).

The Lady Griz With back-to-back wins over Long Beach State and Santa Clara, the Lady Griz are 5-2 on the year and 3-0 at home. Montana’s normal starting lineup includes two players averaging double figures this season.

The Series Friday’s game will mark just the second meeting between the Hurricanes and the Lady Griz. Miami won the only previous meeting, a low-scoring 55-49 decision last season in Coral Gables.

In the last meeting, then-junior Tamara James accounted for nearly half of UM’s point production, scoring a game-high 21 points while Amy Audibert scored what would then be a career-high 10 points with four rebounds.