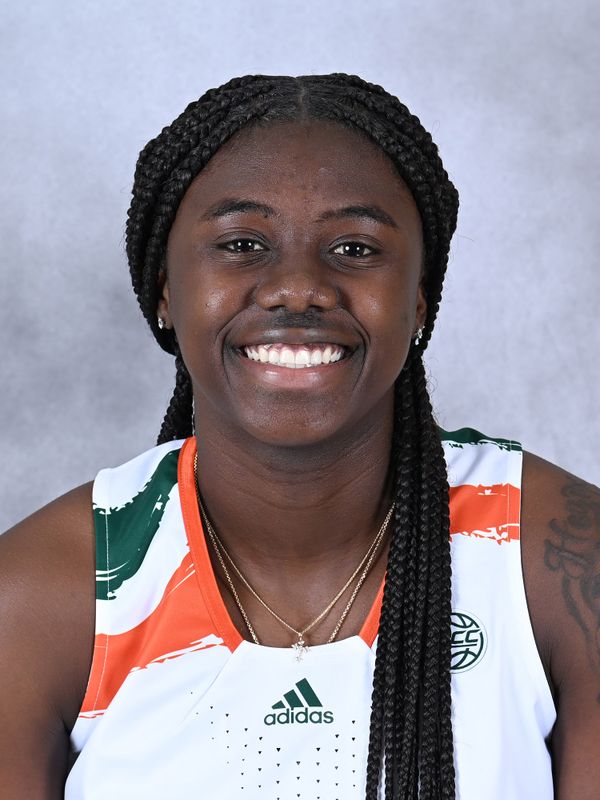 Started 28 of 34 games played as a freshman…Was the only freshman to start a game this season…Led the Hurricanes in steals (65)…Ranked third on the team in points per game (7.3) and rebounds per game (4.1)…Totaled nine double-digit outings…Led all Hurricanes in field goal percentage (minimum 200 attempts) with a .416 clip…Ranked in the top five among ACC freshmen in steals (first), rebounding (third), scoring (fourth) and assists (fourth), one of just two league rookies to do so…Finished the season third among ACC players in total steals (65)…Tallied multiple steals in 17 of 34 games…Posted a career-best six steals and seven assists against Arkansas-Pine Bluff (12/6)…Reached double-digit rebounding numbers for the first time in her career with 10 at Wake Forest.