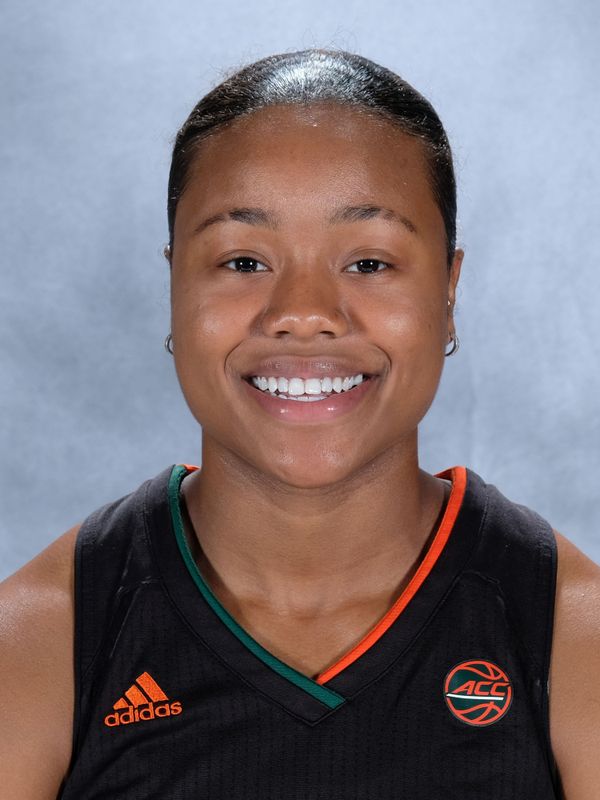 Miami Career Notes: Appeared in 116 games for the Canes, starting 20 of them…Totaled 14 double-digit scoring games, one double-figure rebounding contest and one double-double…Averaged 4.2 points, 2.3 rebounds and 1.2 assists in 116 games…Recorded a career high 15 points against Florida State (2/7/21) and a career best 10 rebounds against North Florida (11/28/20).

As a Senior (2020-21): Moved up the bench as a senior, starting 19 of 22 games played in 2020-21…Almost doubled her scoring output (4.8) and rebounding efforts (2.0) from the previous season, averaging 7.9 points and 4.4 rebounds per game as a senior…Tallied nine double-digit outings, including five in the first seven games…Recorded her first career double-double with 10 points and 10 rebounds against North Florida (11/28)…Also posted career highs in assists (five) and steals (four)against the Ospreys…Set new career highs in points and field goals made, totaling 15 and six, respectively, against Florida State (2/7).