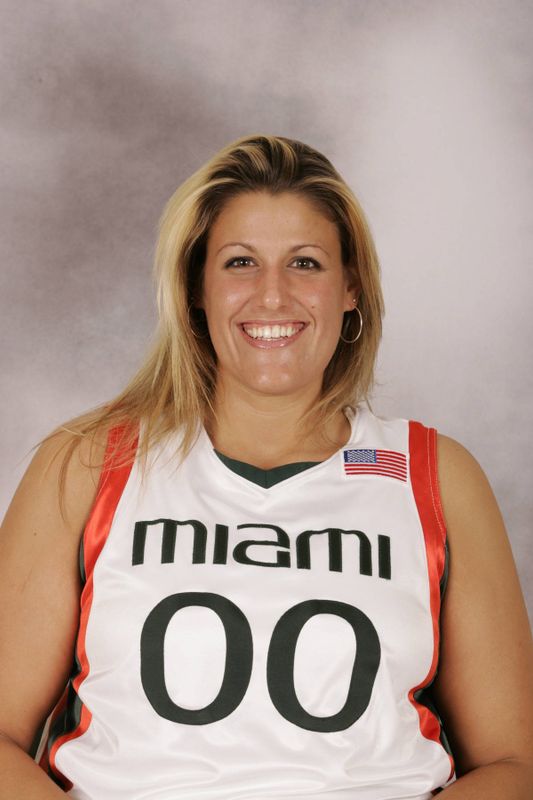 2005-06 (As a Junior): Appeared in 24 games, the most for any UM player averaging less than 10 minutes per game…Averaged 0.8 points and 1.3 rebounds per game…Tied a career-high with two blocks in UM’s 82-62 win over Hartford (12/10)…Played for a season-high 15 minutes on two separate occasions…Recorded a season-high three rebounds against Fairleigh Dickinson (12/2)…Was credited with an assist on a basket to lead teammate Tamara James to become UM’s all-time leading scorer in UM’s 95-83 win over cross-town rival Florida International (3/18) in the First Round of the 2006 WNIT.

2004-05 (As a Sophomore): Set career highs in every category while appearing in 18 games…Made the first start of her career against Oregon (11/26) at the LIU Turkey Classic in Brooklyn, N.Y….Pulled down a career-best nine rebounds against the Ducks while playing all but two minutes of the game…Scored a career-high 12 points against Coppin State (1/2)…Also hit a career-best five field goals while recording four assists against CSU.

2003-04 (As a Freshman): Saw little action as a true freshman, appearing in just nine games, averaging 3.7 minutes per game…Recorded season-highs in nearly every category against Morehead State (11/22) at the Morehead State Tourism Commission Tip-Off Classic in Morehead, Ky. in her first collegiate outing…Scored four points and grabbed six rebounds in 12 minutes against Morehead…Scored two points in three minutes against Dartmouth (12/16).

Prior to Miami: As a standout at A.N. Myer High School, she was considered the top-ranked post player in Ontario according to the Ontario Top 50 evaluation service…Averaged 25 points and 15 rebounds per game her senior season at A.N. Myer…Was named the Niagara Falls Player of the Year twice…Led her AAU team, which was ranked No. 1 in Ontario, to a 35-8 record and the AAU State Championship.

Personal: Majoring in sports administration…Enjoys talking to and spending time with friends and family, watching movies and listening to music…Was named to the 2005 ACC Academic Honor Roll.