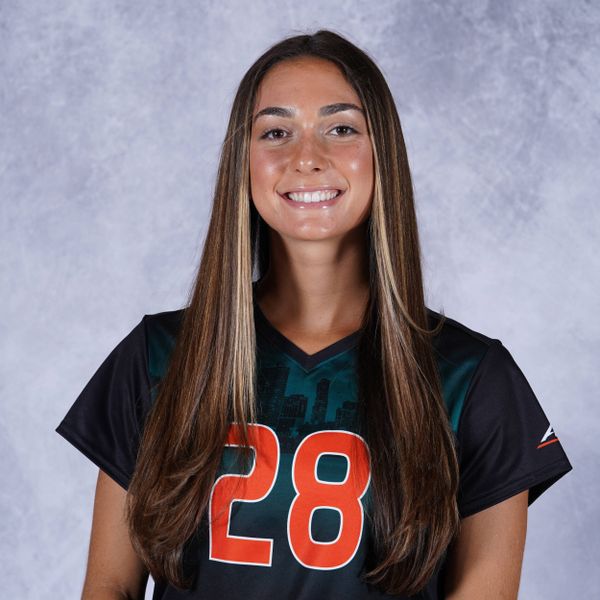 2020 (Freshman): Played in each of the first 12 matches, before sustaining a leg injury just two minutes into the second to last match of the spring … Logged 10 consecutive starts to cap her first collegiate season … Registered three shots and three shots on goal … Logged 772 minutes … Earned her first collegiate start against Notre Dame (9/20) … Earned a shot on goal against Virginia (10/4), playing a then-season-high 90 minutes … Collected a season-high two shots on goal against Syracuse (10/29) … Went the distance in the double-overtime affair against FGCU (2/17) … Earned her 10th straight start in the matchup against FIU (3/14), but only logged two minutes before suffering an injury.

Bio: Attended Langley High School and competed for McLean ECNL … The 5-foot-8-inch midfielder has been a standout student-athlete in the classroom and on the pitch, securing club conference championships three years in a row, as well as earning scholar athlete accolades … In 2019, she helped McLean reach the title match in San Diego.