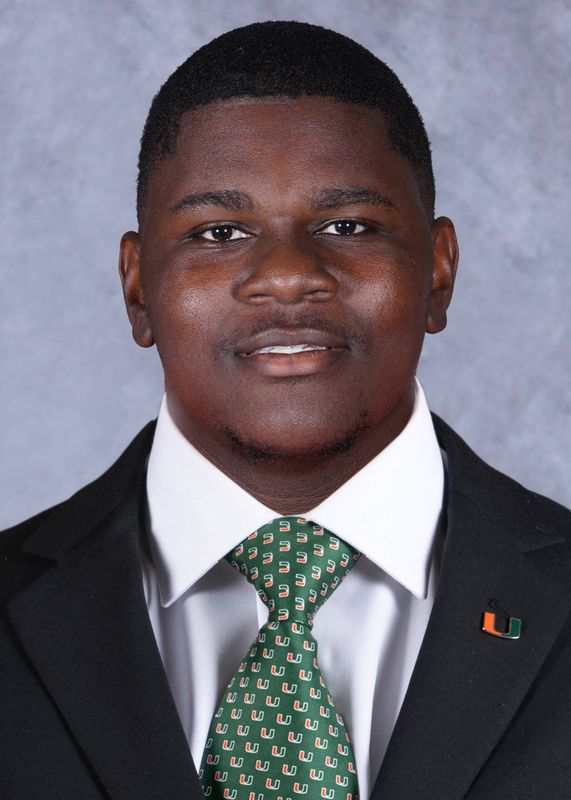 2021 (Redshirt Sophomore*): Did not see any game action, missed season while recovering from surgery on leg.

High School: Earned a four-star rating from Rivals.com…Listed as the 19th-best offensive lineman in the country and No. 52 overall prospect in Florida by Rivals.com…Received a three-star ranking from 247Sports.com and ESPN.com…Listed as the 36th-best prospect at his position and the 88th-best recruit in the state of Florida by ESPN.com…Helped guide Dr. Phillips High School to a 13-2 record and its first-ever FHSAA football state title in 2017…Received scholarship offers from over 25 schools…Chose Miami over offers from Alabama, Auburn, Florida and Florida State.