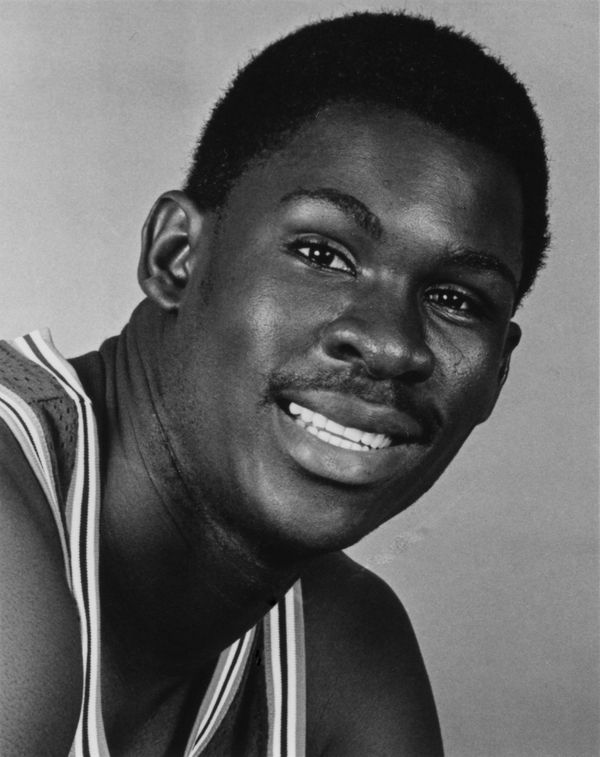 Will become eligible to play for the Hurricanes in game No.6 vs. Dartmouth on December 20, 1986 after sitting out entire academic year (per NCAA transfer regulations)… officially enrolled at UN on January 21, 1986 after transferring from Louisiana State University… the first consensus high school All-American to join the young Miami program… has the physical presence, athletic ability and potential to make an impact on the progress of the Miami program… began practicing with the UM team immediately after enrolling in January.

AS A FRESHMAN (1986-87)Was named to the basketball Weekly Freshman All-American team (first team center) at the conclusion of the season… was the nation’s leading freshman rebounder with a 9.6 average (241 overall)… led Miami in rebounding, dunks (35), and blocked shots (45), while finishing the season ranked second on the squad in scoring (14.3 ppg.), and third in field goal percentage (47.7%)… became eligible to play in the Hurricanes sixth game fo the season, an 88-86 loss to Dartmouth at the Knight Center… had a very impressive college debut with 17 points (five dunks), 10 rebounds, eight assists, and three blocked shots… played in 25 games overall and started 23 of those contest…was Miami’s leading rebounder in 17 of his 25 outings, and collected double figure carom totals in 14 contests… top individual rebounding outings came against Florida (18), Florida State (home-17, away-16), Duke (14), and five others with 13 .   AS A SOPHOMORE (1987-1988)Third year sophomore who came to Miami as a transfer from Louisiana State University…officially enrolled at Miami on January 21, 1986, and was held out of action until the Dartmouth game of December 20, 1986 (as per NCAA transfer regulations)… arrived on the UM campus as Miami’s first consensus high school All-American… began practicing at Miami immediately after enrolling during the remainder of the 1985-85 season… has the physical presence and outstanding natural athletic ability to surface as a serious All-American center candidate as a sophomore… has already been named to Street and Smith’s preseason All-American team(honorable mention) of the 1987-88 season.
PRIOR TO MIAMIOriginally signed a national letter of intent to attend Houston in November of 1984, but chose to attend LSU when the letter was ruled invalid by the NCAA… developed an initial interest in Miami after reading Sports Illustrated’s feature article on the Hurricane program which appeared in the January 6, 1986 issue.

Full name is Alfredo William Horford… was nicknamed “Tito” because he was so small at birth, having arrived in the seventh month of pregnancy… instantly became a popular figure with the Latin community in Miami, as Spanish is his native language… is a regular fixture at UM home baseball games in the spring, coming from the baseball-rich country of the Dominican Republic… his older brother played professional baseball in the Houston Astros organization, and his boyhood hero was fellow countryman Juan Marichal… was a familiar figure in pick-up games with Ralph Sampson and Akeem Olajuwon while in high school in Houston.