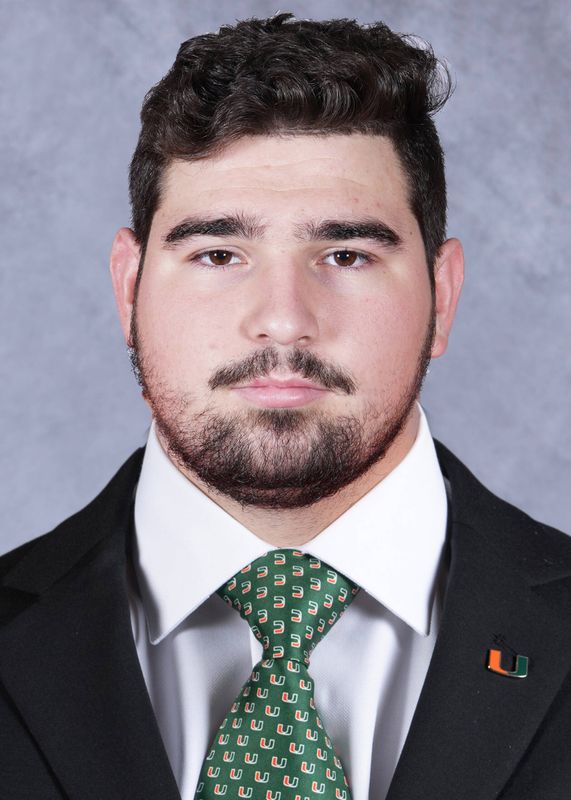 High School: Rated a four-star prospect by ESPN and a three-star recruit by 247Sports Composite and Rivals…Ranked the No. 6 center nationally and No. 51 player in Florida by ESPN…Listed as the No. 7 center in the country and No. 65 player in Florida by 247Sports Composite…Ranked the No. 19 offensive guard nationally and the No. 78 player in Florida by Rivals…Named a U.S. Army All-American…As a junior, led Columbus to a Florida Class 8A state championship…High school teammate of fellow #2rings1chain signee Jabari Ishmael…Chose Miami over offers from Coastal Carolina, Indiana, Louisville, Ole Miss, Syracuse, Tulane, UConn, Wake Forest and West Virginia, among others.