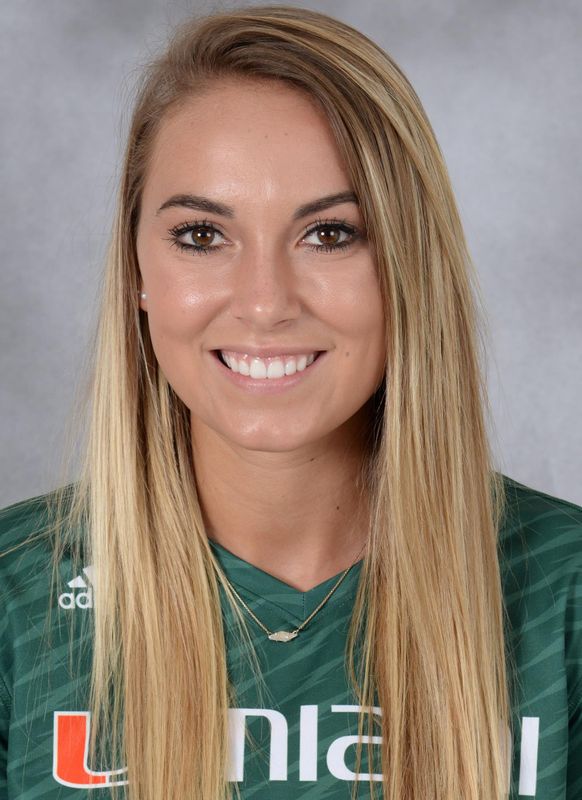 High School: Played one year of soccer at Allen D. Nease High School … Started every match and tallied 14 goals as a sophomore in 2014-15 … Tabbed as a The Augustine Record Second Team All-County pick despite having never previously played forward … Helped her team post a winning record, as well as earn its first appearance in the district playoffs in eight years … After tearing her left knee playing club soccer in December 2015, did not play on the high school level as a junior and senior, but did return to play club soccer … Tim Tebow and former MLS defender Nathan Sturgis both attended Allen D. Nease.

Personal: Full name is Natalie Morgan White … Nickname is Nat … Born March 9, 1999 in Santa Barbara, Calif. … Moved to Ohio at age eight and then to Florida in sixth grade … Parents are Derek and Kimberly White … Father is a tech company executive and mother is a real estate agent … Has an older sister, Sarah … Intends to major in exercise physiology … Favorite athlete is Heather Mitts because she attended two of Mitts’ camps, enjoying the opportunity to meet and learn from her … Best sports memory is winning the USYS national title in 2014 after being selected as a late fill-in to participate … Enjoys playing the guitar and the piano, as well as singing … Chose Miami, her dream school, because she loves the coaches, team, weather, academics and beach, plus has family in the area … Committed to Miami over Arkansas, FGCU, Georgia Southern, Georgia State and Jacksonville.