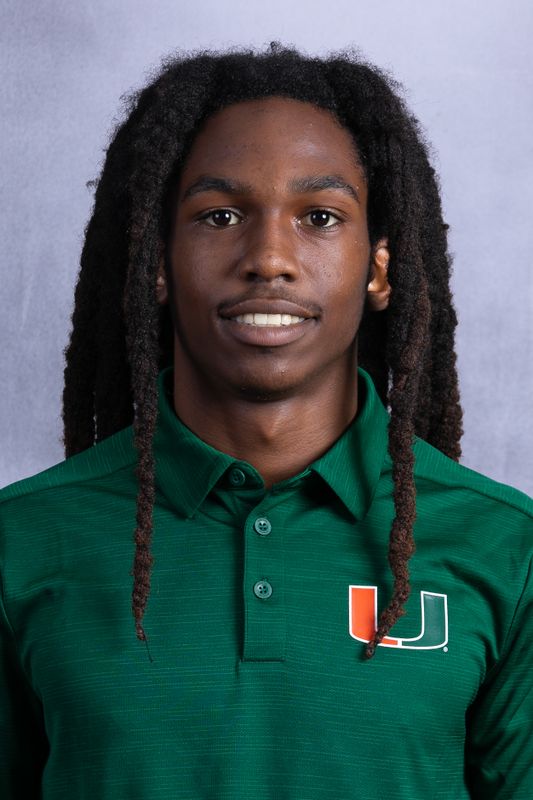 High School: A consensus three-star prospect by 247Sports, ESPN and Rivals…Ranked the No. 74 athlete nationally and the No. 100 player in Florida by 247Sports…Rated the No. 84 cornerback in the country by ESPN…Has experience at both wide receiver and cornerback…Has three interceptions and five passes defended in his career…As a senior, caught 47 passes for 726 yards and eight touchdowns, adding an interception returned for a touchdown…As a junior, caught 34 passes for 680 yards and eight touchdowns, adding four punt returns and a kickoff return for touchdowns…Also a track and field standout, with personal-best times of 11.13 in the 100m and 22.72 in the 200m…Chose Miami over offers from Boston College, Georgia Southern and Western Kentucky, among others.