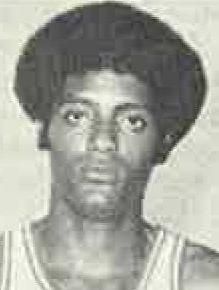 Junior forward from Angleton, Texas… Business… age 21… hgt. 6-5… wgt. 220. Hubbard moves into action at University of Miami after on outstanding junior college career at Los Angeles City J.C., where he wound up with a 15-point-plus scoring average and grabbed more than a dozen rebounds per game. Lee can score well from close in and adds excellent defensive skill to his other talents. He’s powerfully built and makes his presence felt in the battle nder the basket. The Texan received his start under Coach John Scheer at Angleton High School, where he was cage captain for two years and averaged 15 points a game. His high scoring prep game was a 35-pointer in the state championship tournament. Lee also captained his high school football team three years, playing offensive and defensive end. He was voted the Most Studious Athlete as a senior.