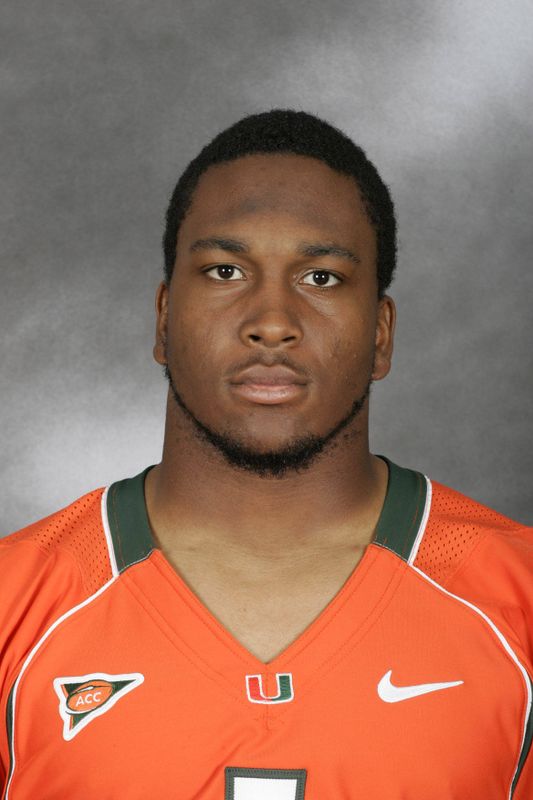 2007 (JUNIOR):  Saw action in seven games and started in the final game of the regular season at safety…Finished with 15 tackles and forced a fumble and recovered two fumbles in the season finale at Boston College…Played 22 downs as a reserve safety and on special teams…Made four solo tackles in win over Marshall…Played in the safety rotation for 11 plays, making one solo tackle…Played in the safety rotation, making one solo tackle against Florida State… Played as a reserve in 27 plays, making two tackles (one solo), with one tackle for loss at Virginia Tech…Started at safety and made five tackles (three solo), with one forced fumble, two fumble recoveries and one pass defensed at Boston College…One of his fumble led to a touchdown…Played on special teams in games against North Carolina and Georgia Tech.

2006 (SOPHOMORE): Played in all 13 games, making nine starts at safety…Totaled 53 tackles (seventh on the team), two tackles for loss, two forced fumbles, one fumble recovery, seven pass breakups and one interception…Threw a 37 yard touchdown pass on his only offensive snap of his career when he was split wide as a reciever…Played as the nickel back early in the season against Florida State (one assisted tackle) and Florida A&M (five tackles)…Started as the nickel back at Louisville and tallied five tackles (four solo), with one tackle for loss…Against Houston, started at safety in a nickel defense…Played the entire game, making four tackles and forcing a key fumble on the 18 yard line in the third quarter that ended a Houston drive…Made his first start at safety against North Carolina and played 59 downs registering five tackles and three passes defensed…In the first quarter, threw a 37 yard touchdown pass to Sam Shields, marking the first TD pass thrown by a UM non-quarterback since Nov. 30, 2002 when punter Freddie Capshaw hit safety Sean Taylor with a 47 yard TD strike on a fake punt against Syracuse (the last defensive player to throw a TD pass was safety Jeff Popovich to tight end Bubba Franks for a 15 yard TD on a fake field goal against Pittsburgh on Sept. 18, 1997)…Started against FIU and registered five tackles and one batted pass.Made his first interception of the season…Played the entire game at Duke, making nine tackles (seven solo), adding one tackle for a loss and one batted pass…Also forced a fumble and recovered another fumble, returning it for 43 yards to set up a touchdown…Made seven tackles (three solo) and one pass breakup at Georgia Tech…Started at Maryland and played on all 34 snaps, making three tackles (two solo)…Started at Virginia and made four solo tackles…Saw limited playing time in the MPC Computers Bowl against Neveda as a reserve safety, but played on special teams.

2005 (FRESHMAN): Redshirt freshman who played all 12 games, making two starts in nickel and dime packages…Totaled 20 tackles (15 solo), with five pass breakups and one QB pressure… Tied for the team lead with three interceptions…Saw considerable playing time in nearly every game and was a regular on special teams… Played as a reserve safety and on special teams in his first game as a Hurricane in the season opener at FSU (no tackles)…Played as a nickel and dime back at Clemson, making two solo tackles and one QB pressure…Played as a nick and dime back in the home opener vs. Colorado, making one solo tackle…Made his first career start in a dime defense a week later vs. South Florida and made two interceptions, returning them for 44 yards, including a 42 yarder. Added three solo tackles… Played as a reserve safety, registering one assisted tackle, at Duke…Started in a nickel defense vs. North Carolina, making two solo tackles…Played just four downs at Virginia Tech(one solo tackles)…Made one solo tackle at Wake Forest and got his third interception of the season on the final play of the game, making an end zone grab…Saw action in the nickel defense vs. Georgia Tech, registering two solo tackles and two pass breakups…Tallied two assisted tackles vs. Virginia…Played only on special teams in the Peach Bowl vs. LSU (no tackles)

2004 (REDSHIRT): Redshirted as a freshman…Practiced as a member of the scout team, impressing the coaching staff

HIGH SCHOOL: One of the top defensive backs in Florida…Four-year starter at safety…Rated the No. 41 prospect in Florida by SuperPrep…Rated the nation’s No.13 safety prospect by Tom Lemming’s Prep Football Report..Rated the nation’s No. 8 safety by Rivals.com…Rated the No. 72 prospect in the Southeast on the Rivals.com Southeast Elite 88…Rated the No. 26 prospect on the Rivals.com Top 50 in Florida…Rated the No. 8 prospect in the Miami Hearld’s Miami Dade Top 25…Rated the No. 23 prospect in Florida in the Orlando Sentinel’s Florida Top 100… As a senior in 2003, had 106 tackles, four interceptions and recovered five fumbles while helping lead his school to the state championship…As a junior, was named first-team All-Dade County and second-team All-State, when he had eight interceptions and forced eight fumbles…As a sophomore, made more than 80 tackles and had four interceptions..Team’s only freshman starter in 2000…A cousin, Tony Smith, played college football at Louisiana State in the 1980’s…Chose Miami over North Carolina State, Florida, Georgia, Florida State and Oklahoma…Coached by Joe Zaccheo