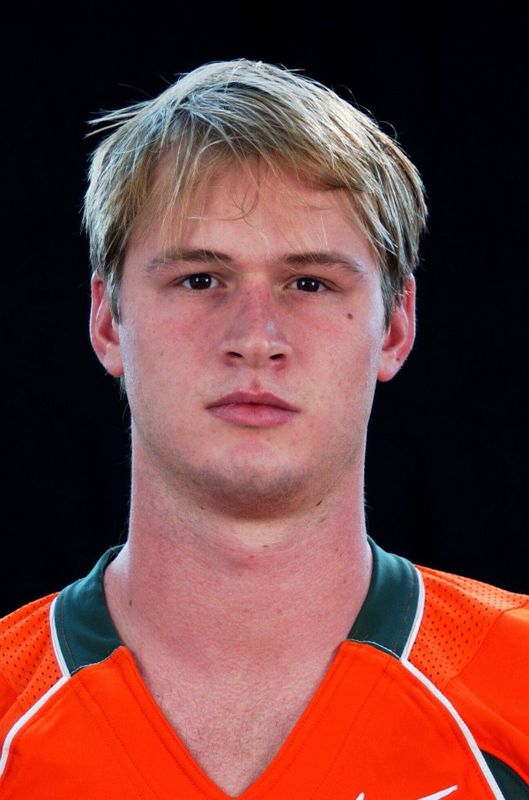 CAREER: A walk-on that has worked his way into a reserve on special teams for the Hurricanes in 2004…made impressive gains in both strength and quickness…a hard worker that has impressed coaches with his attitude…accounting major.

2003 (SOPHOMORE): A member of the Hurricanes’ scout team during his redshirt season in 2003.

2002 (FRESHMAN): Spent his first season in Coral Gables on the Hurricanes’ scout team.

HIGH SCHOOL: Chippewa Falls High School…caught 21 passes for 485 yards as a senior…earned All-State honors…also named to the first-team All-Big Rivers Conference team and to the All-Northwestern team…caught 18 passes for 423 yards as a junior…earned three letters in football and two letters in track and field…played for Chuck Raykovich.