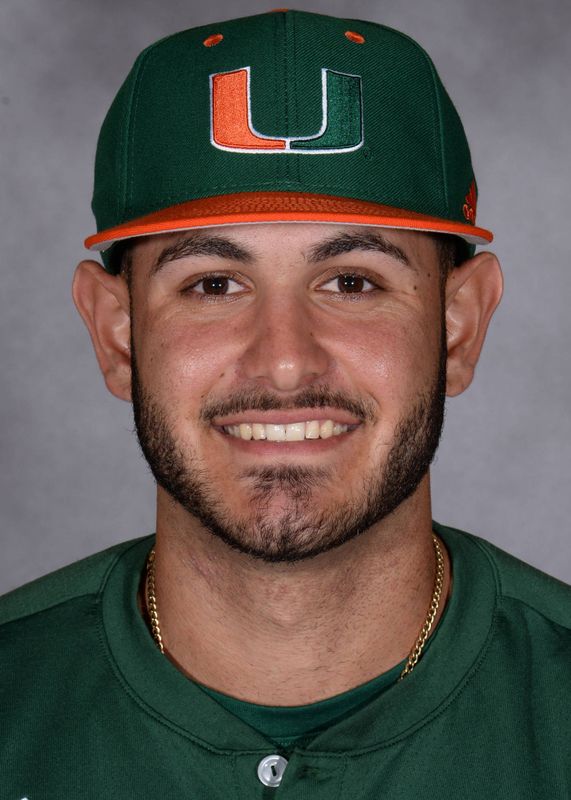 Sophomore (2018): Made five appearances on mound in injury-plagued season…Struck out 26 batters and walked 14 in 17.1 innings…Posted 0-1 record with 3.12 ERA…Allowed just six earned runs on year…Opened season as member of weekend rotation, but missed almost entire second half of year due to injury…Struck out five batters in 3.0 innings in first start vs. Rutgers (Feb. 17)…Allowed four runs in 5.1 innings with five strikeouts vs. Florida (Feb. 24)…Struck out eight batters and allowed just one run in start vs. Maine (March 3)…Struck out eight in Game 2 of doubleheader vs. Notre Dame (March 10)…Tossed 1.0 scoreless inning of relief at Virginia Tech (May 12) in final appearance of year.

True Freshman (2017): Saw action in 12 games and made 11 starts on mound in first season…Saw action in 15 games in field and made 11 starts – six at first base and five at designated hitter before switching to pitching only for second half of season…Finished season with 6-4 record and 3.38 ERA in 61.1 innings…Struck out 66 batters and walked 33…Held opponents to .166 average, lowest mark of any pitcher on staff…Allowed just 23 earned runs… Batted .108 with four hits, one triple and one RBI…Had first-career hit at Florida (Feb. 26)…Went 1-for-2 with one triple and one RBI at North Carolina (March 26)…Made mound debut at FAU (March 1), striking out five batters over 4.0 innings and allowing just two runs…Struck out seven batters in 5.1 innings, but picked up loss against FIU (March 7)…Earned first win of career with 5.0 shutout innings against Maine (March 15), posting six strikeouts and four walks…Picked up second win against FAU (March 22), striking out seven batters and allowing just one run…Went 6.1 innings at FGCU (March 29)…Struck out six batters across 5.1 innings in win over St. Thomas (April 15)…Made first start of weekend at Boston College (April 30), allowing four runs in 6.0 innings…Struck out six batters over 6.0 innings against Bethune-Cookman (May 7), allowing just one run to clinch series…Delivered best outing of career in final regular season start, striking out career-high 13 batters over career-long 8.0 innings to sweep doubleheader of Virginia Tech (May 19)…13 strikeouts were most by any Miami pitcher in any game in 2017…Tossed 2.1 scoreless innings of relief in ACC Championship game against Wake Forest (May 26).

High School/Prep: Four-year baseball letterwinner…Ranked No. 304 Draft-eligible prospect by Baseball America…Ranked No. 127 player in high school class and No. 19 player in state of Florida by Perfect Game…2015 Under Armour All-America Game selection.

Personal: Parents are Greg and Teri…Has two brothers, Eddie and Matthew, and two sisters, Ashley and Jordan…Undecided on intended major.