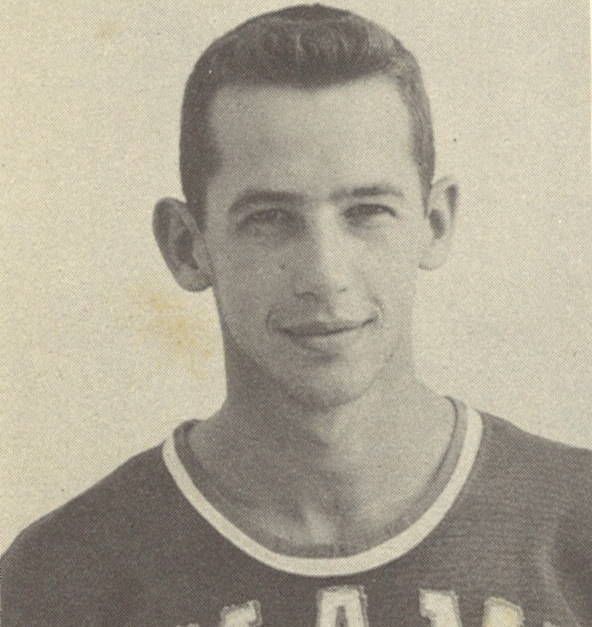 Senior guard, 6-0 ft, education major…originally from Elwood, Indiana. Stage is team captain, was a regular as a sophomore but came into his own last year as a brilliant field general, a great defensive player and a combination of a fine jump shot and two hand set from outside. His 461 point total last year was the highest ever made by a Miami junior. Stage is likely to beat every scoring record off the Miami books…he made 20 points or more in 13 games last year. Is a definite All-American candidate. His high school coach, John Ward.