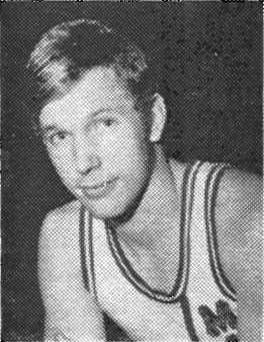 Sophomore guard from New Orleans … Pre-law … age 19 … hgt. 5-11 … wgt. 160 … Gay played at Temple Junior College in Texas where he was No. 1 scorer with 19 points … He’s skilled at the drive-in, is an excellent floor general and looms as a strong candidate for the starting job on the 1969-70 Hurricane squad … Charlie is the only man on the squad under six feet, but he’s one of the team’s quickest … His ability to move is compounded into good defensive play … Gay was coached in high school by Jay Altobello and made All-state as well as three All-Tournament teams. He was Most Valuable high school player in New Orleans.