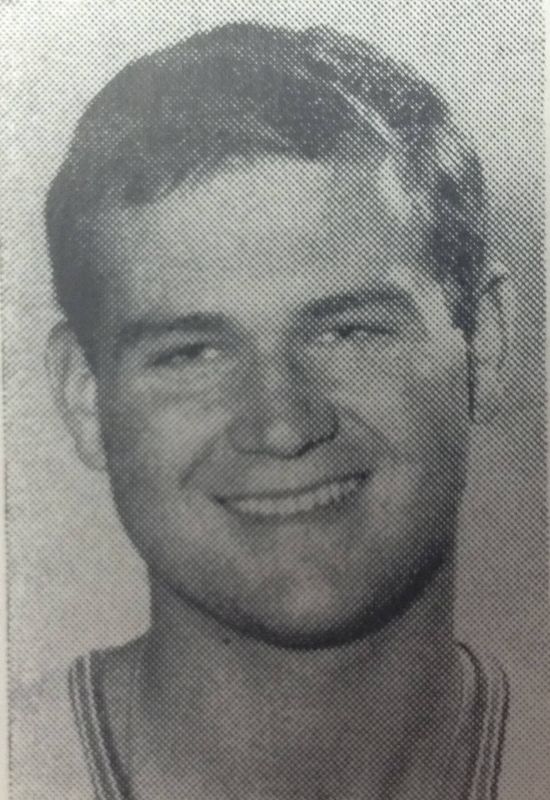 Senior center, 6-8 ft., 225 lb. 22 years old, marketing major…originally from Philadelphia, PA. After playing his sophomore year at Villanova, he sat out University of Miami’s 1965-66 season as a transfer but moved in as No. 1 Hurricane center last year. He wound up with 330 rebounds, best on the team, and was second high scorer with 485 points. His .506 field goal percentage is fourth best in Miami’s all-time records…was in the 20 point scoring class 13 times a year ago with highs of 27 against Tampa and Houston…grabbed 21 rebounds in the Virginia, Jacksonville and Florida Southern games. Coach Ron Godfrey believes Soens has the potential to give UM its best center play in history now that he is over the necessary adjustment in Miami’s style of play. Soens comes from an athletic family…three of his uncles played basketball for St. Josephs, two as captains…his father was All-State in high school and his mother captained her college basketball team. Soens played high school basketball for Penn Charter…he had one game of 61 points and wound up on the Parade High School All-America. As a collegian at Villanova, he went to the NIT (1965) with the Tigers and had a 23 point game which knocked New York University out of the tournament. High school coach—Buff Weigand.