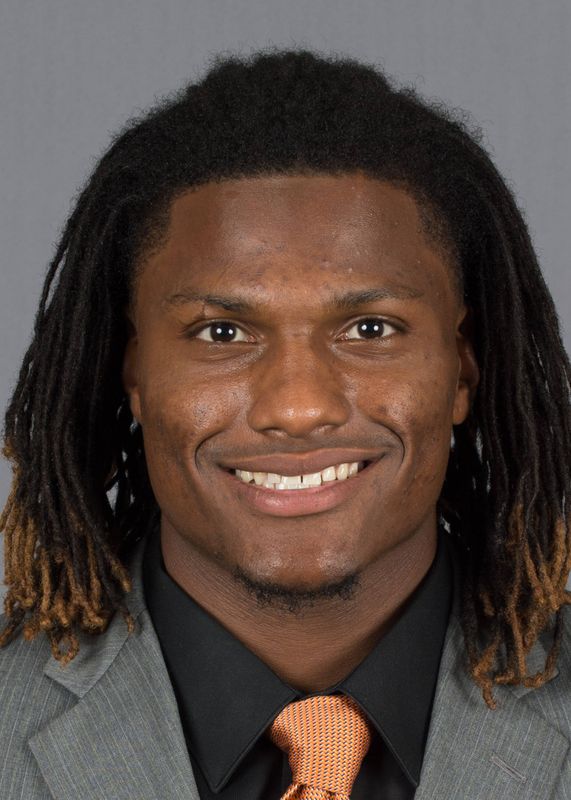 2012 (True Freshman, Texas): Did not see any action, redshirted to retain eligibility.
High School: Two-time all-district at multiple positions…Ranked as the 20th-best safety by ESPN…A member of the Austin American-Statesman’s Fab 55 (state’s top prospects)…Three-year starter who compiled 228 tackles, seven INTs, two sacks, 17 PBUs, four forced fumbles, two fumble recoveries, one FG block and four TDs on defense …Tallied 580 rushing yards and 10 TDs and 28 catches for 580 yards and six TDs on offense…Named first-team all-district 7-3A at tight end and return man as a senior…Helped Mineral Wells to an appearance in the first round of the state playoffs…Tallied 580 rushing yards and 10 TDs while catching 28 passes for 580 yards and six TDs…Also recorded 90 tackles, four INTs, nine PBUs, one forced fumble and one TD … returned six punts for 172 yards and one TD while returning nine kickoffs for 252 yards and one TD…Named second-team all-district 7-3A at defensive back as a junior…Helped Mineral Wells an appearance in the first round of the state playoffs…Tallied 89 tackles, two sacks, one INT, three PBUs, two fumble recoveries, three forced fumbles, one FG block and two TDs at safety and kick returner…Tallied 49 tackles, two INTs, five PBUs and one TD at cornerback and kick returner as a sophomore…A four-year letterman in track and field…3A state champion in the 400m (48.27) as a junior…Also helped Mineral Wells place eighth in the 4x100m and ninth in the 4x400m as a junior…District champion in the 4x100m, 4x200m and 4x400m as a sophomore…Regional qualifier in the 4x100m and 4x400m as a freshman…A two-time first-team academic all-district selection.