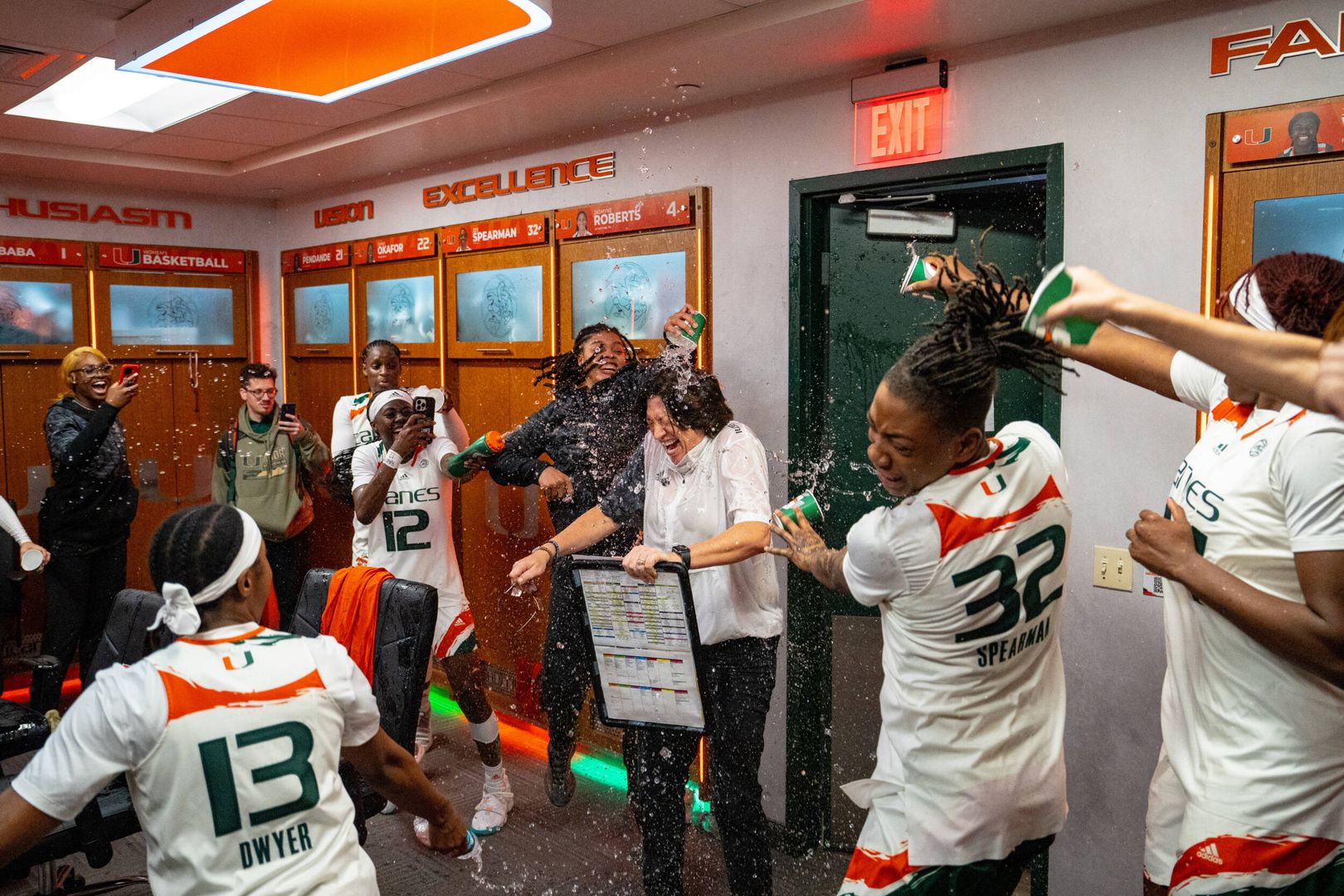 Miami Takes Down No. 9 Virginia Tech

The Hurricanes (10-6, 3-2 ACC) carried momentum from Thursday’s victory over No. 22/18 North Carolina into the game against Virginia Tech (13-3, 3-3 ACC), posting their second-best shooting performance of the season at 53.1 percent from the field.

“This league is nuts, there is no other way to say it. Virginia Tech is incredibly electric, offensively, and you saw today how much work goes into stopping them from scoring,” head coach Katie Meier said. “The story of the game without any questions was Jasmyne Roberts . She has been waiting her turn and she is just so confident right now and she is the most positive player on our team.”

The Hurricanes are no strangers to back-to-back top-25 victories having beat No. 4 Louisville and No. 20 Notre Dame at the 2022 ACC Tournament.

Roberts was unstoppable on both ends of the floor, setting a new career high in scoring at 23 points, while hauling in eight rebounds on the defensive end. The Jacksonville, Fla., native went 8-of-12 from the field and hit on 5-of-7 threes, both of which were new career highs. 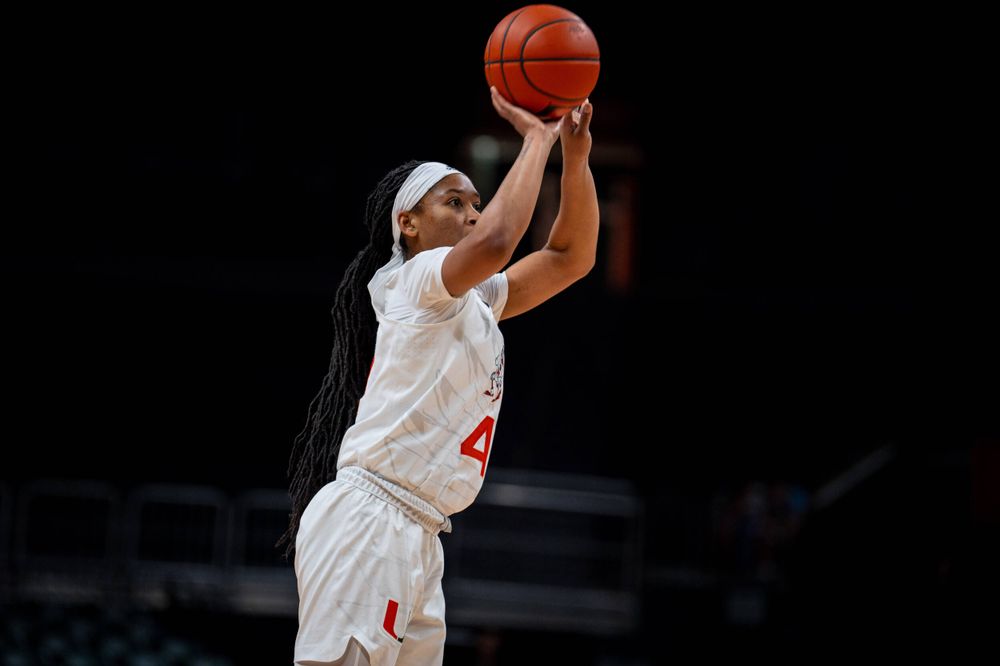 “Haley is leading and that’s not easy to do on a team that returned four starters. She’s obviously a little bit more comfortable,” Meier said. “She is as competitive as any kid I have ever coached in my life, times 10.”

As a team, the Hurricanes committed a season-low nine turnovers and outrebounded the Hokies, 29-28.

Miami and Virginia Tech were battling from the jump, trading baskets and the lead through much of the first quarter. Roberts totaled eight of her 23 points in the first 10 minutes of action, knocking down back-to-back threes to give Miami a narrow 20-10 lead after the first.

The Hurricanes started the second quarter on a 7-0 run to extend their lead to eight, but Virginia Tech hit five of their next six shots to pull to within two. Both teams shot better than 50 percent in the first half, but Miami held the 39-38 edge over Virginia Tech going into halftime.

The Miami defense locked down in the third quarter, limiting the Hokies to 38.5 percent shooting from the field. Conversely, the Hurricanes shot 50 percent for the third straight frame to take a six-point, 60-54, lead heading into the final 10 minutes.

That's a 20-piece for @roberts_jasmyne!

Virginia Tech tied the game at 60-all with 7:29 to play on a second-chance layup by Elizabeth Kitley, but Haley Cavinder came in and responded with a deep 3-pointer to give Miami the lead, which they would hold on to for the rest of the game.

Miami stepped up on defense in the final six minutes of the game, allowing just two Virginia Tech free throws and zero field goals from the 5:57 mark on. Haley Cavinder sunk four free throws down the stretch to seal the win for the Hurricanes.

The Hurricanes hit the road to take on the Georgia Tech Yellow Jackets in Atlanta on Jan. 12. Tipoff is set for 8 p.m. and the game will air on ACC Network.