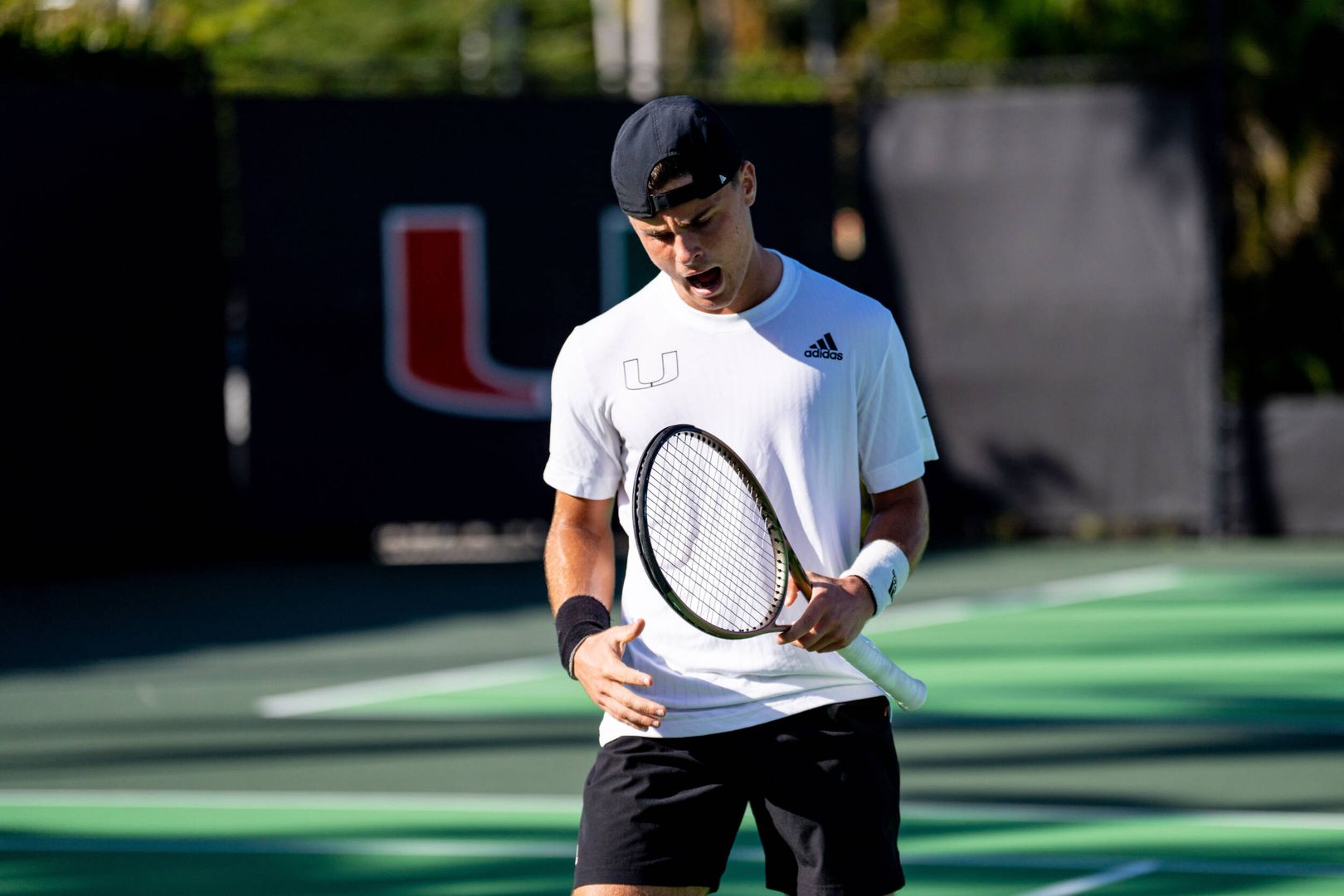 The Hurricanes welcomed a trio of top-10 teams – No. 7 Georgia, No. 8 Texas and No. 10 South Carolina – to the Neil Schiff Tennis Center for the annual invitational.

The highlight of the weekend for Miami was the three top-25 singles victories on Friday. Graduate student Dan Martin opened the invitational by taking down the best player in the nation, No. 1 Ethan Quinn (Georgia), 6-4, 6-4.

Day two featured another ranked win for Katz, as he defeated No. 104 Evin McDonald (Texas), 7-6 (3), 6-4. On the doubles courts, Aubone and freshman Martin Vergara Del Puerto downed the No. 19 duo of Trent Bryde and Quinn (Georgia), 8-4, for their first ranked doubles win of the season.

Katz finished the weekend with a perfect 3-0 record in singles play, with all three victories coming over ranked opponents.

Miami is back in action on Saturday, Jan. 14, when it hosts Troy and Binghamton in a doubleheader at the Neil Schiff Tennis Center. First serve against Troy is set for 9 a.m. and the Binghamton match will not start before 5 p.m.