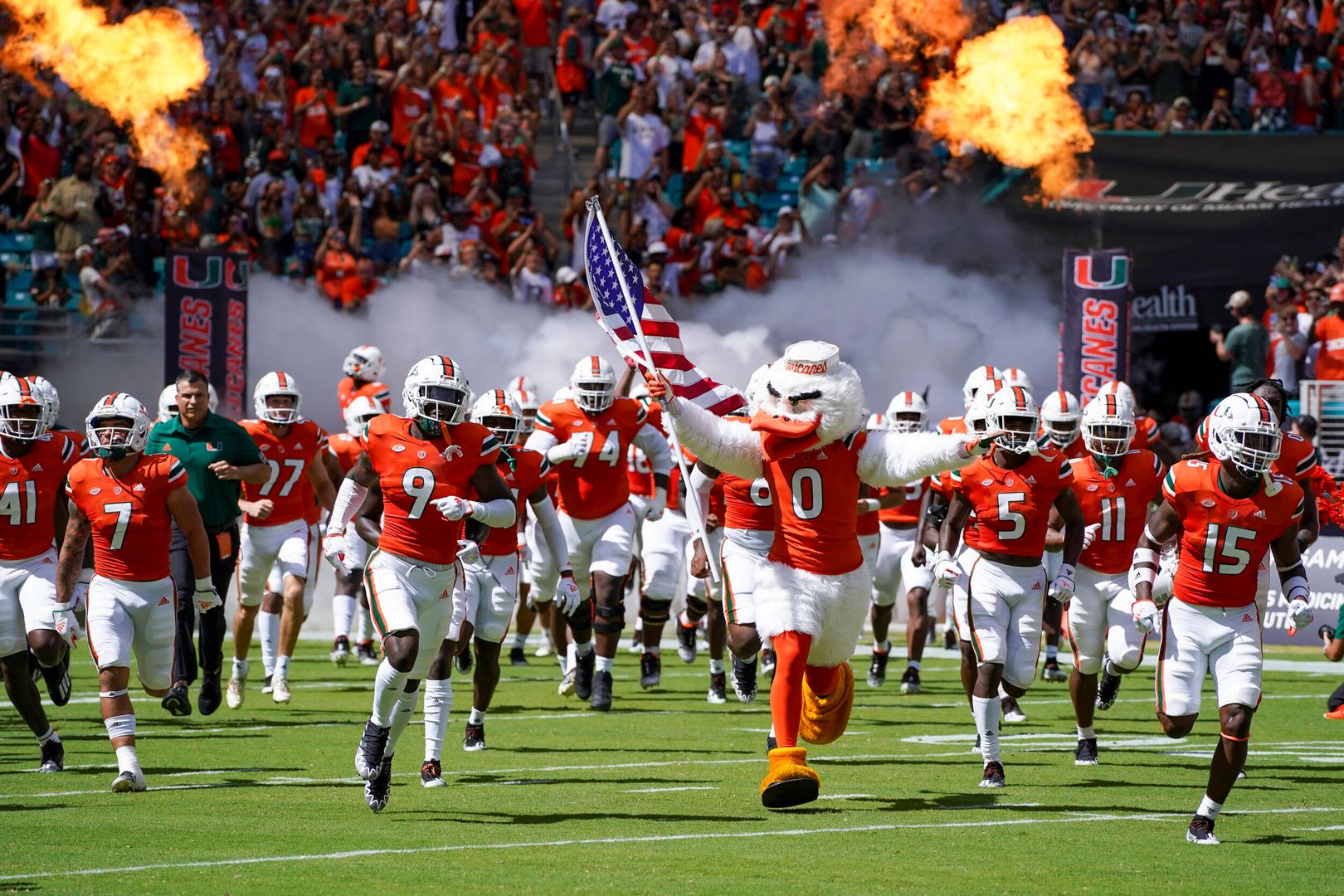 CORAL GABLES, Fla. – A year ago, there was a mad dash to bring playmakers to his alma mater.

Moments after he was formally introduced as Miami’s new head coach, former Hurricanes offensive lineman Mario Cristobal walked away from a press conference and immediately, hopped on the recruiting trail.

He didn’t have a full staff in place and he had all of eight days to work before the early signing period officially began. Ultimately, Cristobal and the Hurricanes added eight players to Miami’s roster on the first day of that window, including linebacker Wesley Bissainthe, defensive end Nyjalik Kelly, and quarterback Jacurri Brown, all of whom saw significant playing time in the fall.

What a difference a year makes.

On Wednesday, Cristobal and his staff signed 29 new Hurricanes in a recruiting class that is being widely hailed as one of the top five in the nation.

And the coach made it abundantly clear Miami’s work is far from finished.

“We’re not done yet. We can’t be done yet. Recruiting is an ever, always-moving process that requires every ounce of what you have while you’re developing your football team,” Cristobal said. “We have some holes to fill. We filled some, we’re excited about it. Fifteen players in the top 300. I can keep going on and on about stars and rankings, but I’m more concerned about how they play and conduct themselves when they get here. Sound familiar? Jimmy Johnson, right? Back in 1986, 87.

“But we’re blessed to have these young men join us, to earn the trust and confidence of their families. Their trust and their confidence was earned through a process involving transparency, honesty, persistence, and passion about the University of Miami, which we all know and feel is the greatest place in the country.”

The newest Hurricanes come from far and wide, with nine hailing from Miami-Dade and Broward counties, three calling Georgia home, one – punter Dylan Joyce – joining the Hurricanes from Australia, while brothers Francis and Francisco Mauigoa are from American Samoa.

But one of the reasons Cristobal was especially pleased with the class? The size Miami added across the board, particularly on the offensive line and at linebacker.

“We had to get a lot bigger. We had to get a lot bigger,” Cristobal said. “Growth, size, power…I mean, power in the trenches. The line of scrimmage, being able to control the line of scrimmage, knock people back, sustain blocks, being able to be effective and block destruction, shed blockers, being able to be a knock-back tackle, right? [There’s a] big difference in being able to strike somebody and knock ‘em back or prevent them from gaining an extra yard as opposed to maybe drag-down tackling, wrap and roll in some of that stuff…Those things are important. We got significantly larger at those positions, but we also think we brought in some really high-level athletes, some high-level football IQs, and a lot of length at those positions as well…

“All these guys play all the positions [on the offensive line]. They all do. You’re able to have guys that can cover a lot of ground and recover, so if they do take a poor set, they miss with a punch hand, they can recover, redirect, get good hat placement, hand position, and still be able to have a successful rep. We feel very, very confident in what we have acquired in this year’s class on both those positions and we expect some epic battles in the spring and the fall.”

“We’re working our way towards a roster that is physically getting to where it needs to be,” Cristobal said.

While Miami’s signees have plenty of size, speed, power, physicality and talent, Cristobal noted there are also more than a few players in the class that have the ability to step up and be the kind of leaders in the locker room the Hurricanes will need moving forward.

Several showed their ability to lead as their teams competed for state championships, while others held firm, even as the Hurricanes endured some struggles last season.

“These are guys that are used to being the top dog at their respective place. They’re used to being the guy,” Cristobal said. “And that’s what we recruit. That’s what we’re going to recruit. And they all come from different parts. They come in different shapes and sizes. And now the goal is to make sure we bring ‘em all together to be part of one common culture and brotherhood and make sure we’re all working in the same direction, right?”

For several of those “top dogs” who will be enrolling early, the work of integrating into the Miami program will begin soon enough.

In the meantime, though, Cristobal reiterated his commitment to continue surrounding them – and the current Hurricanes – with even more talent in the days, weeks, and months ahead.

“We want to go after the best of the best and not slow down and [get] guys that are willing to compete. That’s almost like a lost art nowadays, right?” Cristobal said. “We don’t want whiners [or] complainers. We don’t want tweet monsters. We want real-deal people that understand the value of an education at the University of Miami, a private school, elite education in the best city in the world. And [we’re] building, rebuilding what has always been and what is going to be, one day, the premier program in the country once again. So, the targets were laid out, and credit to the staff and everybody else who did a great job.”