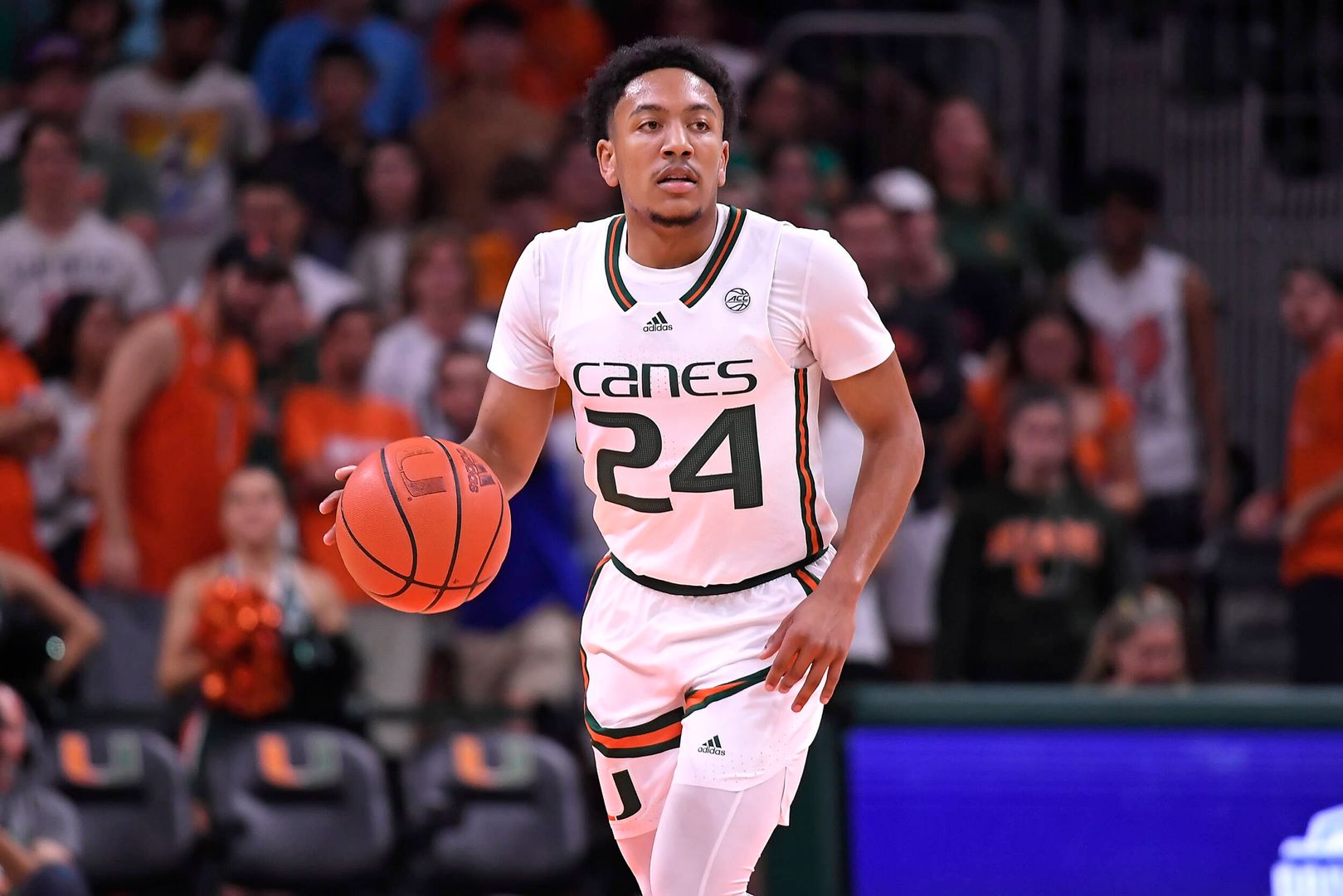 “This is Something I Wanted to Get Back To”

CORAL GABLES, Fla. – He saw the fun. The locker room dancing. How they played so freely.

Like many who watched Miami storm its way through the NCAA Tournament last March, Nijel Pack was captivated by the Hurricanes and their historic Elite Eight run.

And the guard, a first-team All-Big 12 selection at Kansas State who was contemplating a fresh start and a change in scenery, couldn’t help but wonder if he’d find both in Coral Gables.

Eight months later, it would seem he has.

Pack, who averaged 17.4 points last season as a shooting guard for the Wildcats, transferred to Miami and, over the summer, began the process of getting to know his new coaches and teammates.

“Obviously, playing in high school and coming up with my size, point guard was the position I played my whole life. I transitioned to more of a [two guard] when I first got to college,” Pack said. “It helped my game, definitely. But I felt like my natural position was playing the one, so I felt like this is something I wanted to get back to.

“I feel like the ball is in my hands. I feel like I get to make good decisions, starting off with running the team and leading the team. I feel like I just get to really do what I kind of want to out there with [Miami coach Jim Larrañaga] letting us play freely. I feel like with my unselfishness, it’s really good for me to be able to play the one, get us going, get us started, and kind of lead this team.”

Through Miami’s first three games, it would seem as if Pack’s transition is off to a good start.

He and fellow guard Isaiah Wong each had a team-high 16 points in the Hurricanes’ 67-54 season-opening win over Lafayette. Pack followed that with another 14 points and four assists in a 79-65 win over UNC Greensboro. And Tuesday night in Miami’s 87-61 win over FAMU, Pack had four points, four assists, three steals, and a block.

With each game and each practice, he continues learning how to better execute the Hurricanes’ offense and builds even more chemistry with his teammates.

And both Pack and the Hurricanes know that will only pay off down the road, especially when he gets his first taste of ACC competition in the coming months.

“Nijel’s making the transition from being a two guard to being a point guard and he’s really getting more confident and comfortable running the team, being a quarterback, and sharing the ball,” Larrañaga said. “Every team has a catalyst. It’s normally your point guard and that’s Nijel. He’s our catalyst. I think the way we play offense allows all our guards to really handle the ball a lot, use ball screens and create shots for themselves and teammates. I thought Nijel made a great transition. We put the ball in his hands immediately and gave him a chance to get a lot of repetitions and the more reps he got, the better he played.”

For Pack, the work of learning Miami’s system came in the months leading up to the season.

In the gym, he’d find himself challenged on a daily basis by Hurricanes guard Bensley Joseph, who’d mercilessly push Pack up and down the court.

“When I got here, they threw me right in the fire. They were like, ‘Hey, you said you wanted to become a point guard? This is something you want? Then this is something you need to do.’ It was constant reps of being a point guard, of going against Bensley,” Pack recalled. “Pressuring me up the court and reading off ball screens and calling plays out. From the beginning, the first day, those are the things they had me doing. So many reps and so many times of going through it, I feel like I adjusted quicker.”

Helping make that work a bit easier to handle was the knowledge of how point guards like Charlie Moore, Angel Rodriguez, and Shane Larkin all excelled in Larrañaga’s system after transferring to Miami.

Last season, for example, the 5-foot-11 Moore – a DePaul transfer – averaged 12.4 points, 2.6 rebounds, 4.6 assists and 2.0 steals to earn a spot on the ACC All-Defensive Team and an honorable mention All-ACC nod.

"I felt like my natural position was playing the one, so I felt like this is something I wanted to get back to."

No one at Miami is expecting Pack to replace Moore. His teammates and coaches know Pack is his own player, with his own style.

But Larrañaga also knows the guard has the ability to be a force this season and he wants to see Pack embrace every opportunity he gets.

For his part, Pack says he is ready for the challenges that await.

And he believes he can help the Hurricanes put together another memorable season.

“It was great watching [the Elite Eight run] and seeing how much they shared the ball on the floor. It kind of goes hand-in-hand with how much fun they were having off the court,” Pack said. “They loved each other. They loved playing with each other. They were happy for each other and each other’s successes. I feel like that’s why they were so successful on the court. I could start seeing that again this year. Everybody’s happy for each other, everybody loves playing with each other and there’s no negativity coming around this team. I feel like that’s a big piece of why we’ll be successful this season.”