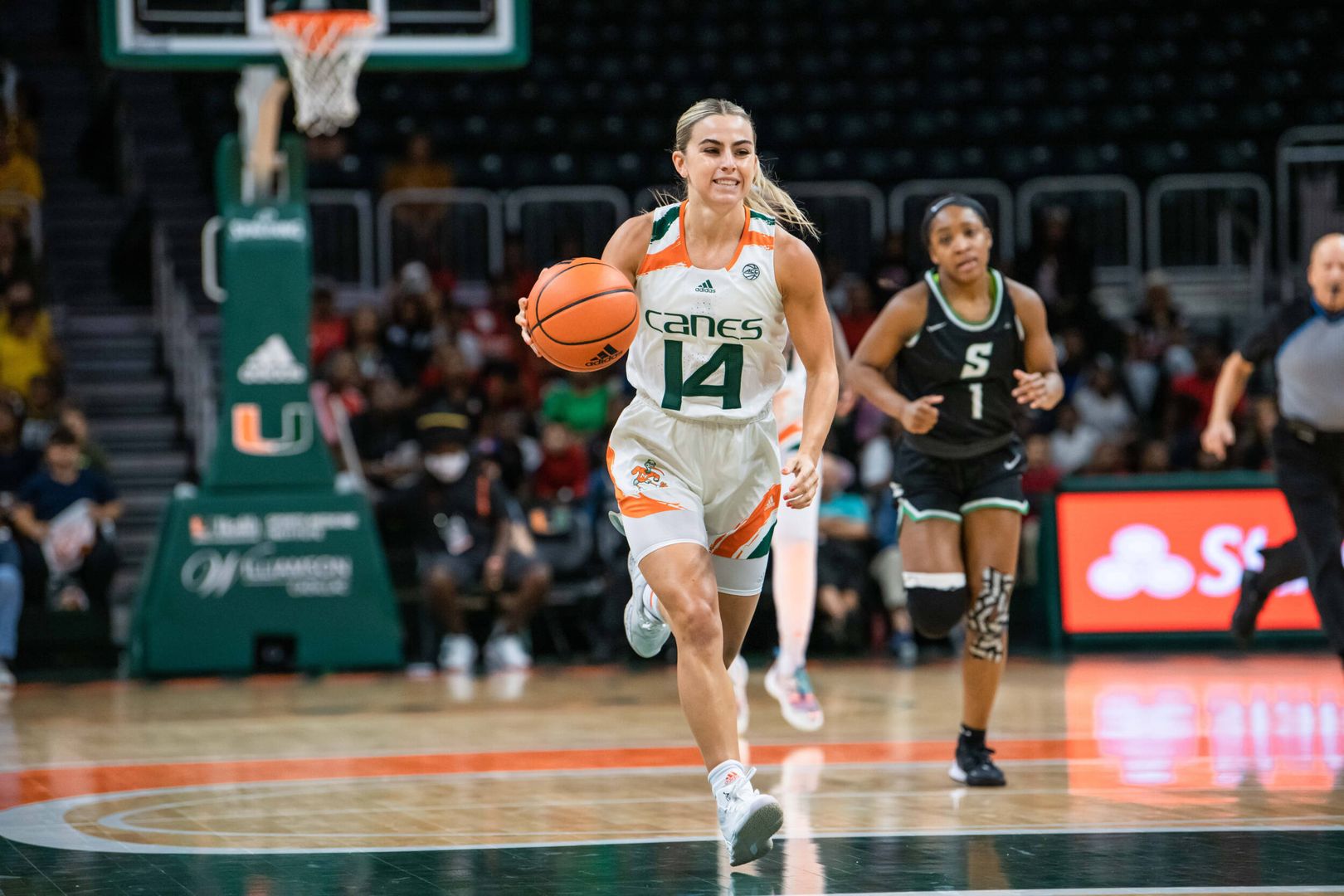 For the first time since 2018, Miami scored 80-plus points in back-to-back games, anchored by senior Haley Cavinder , who knocked down 3-of-4 shots from beyond the arc to highlight a game-best 18-point performance.

“Very excited with how the team played defensively and offensively. I thought we set the tone, defensively, early,” associate head coach Fitzroy Anthony said. “Offensively, we scored 80 points and shared the ball well, so it was fun to watch.” 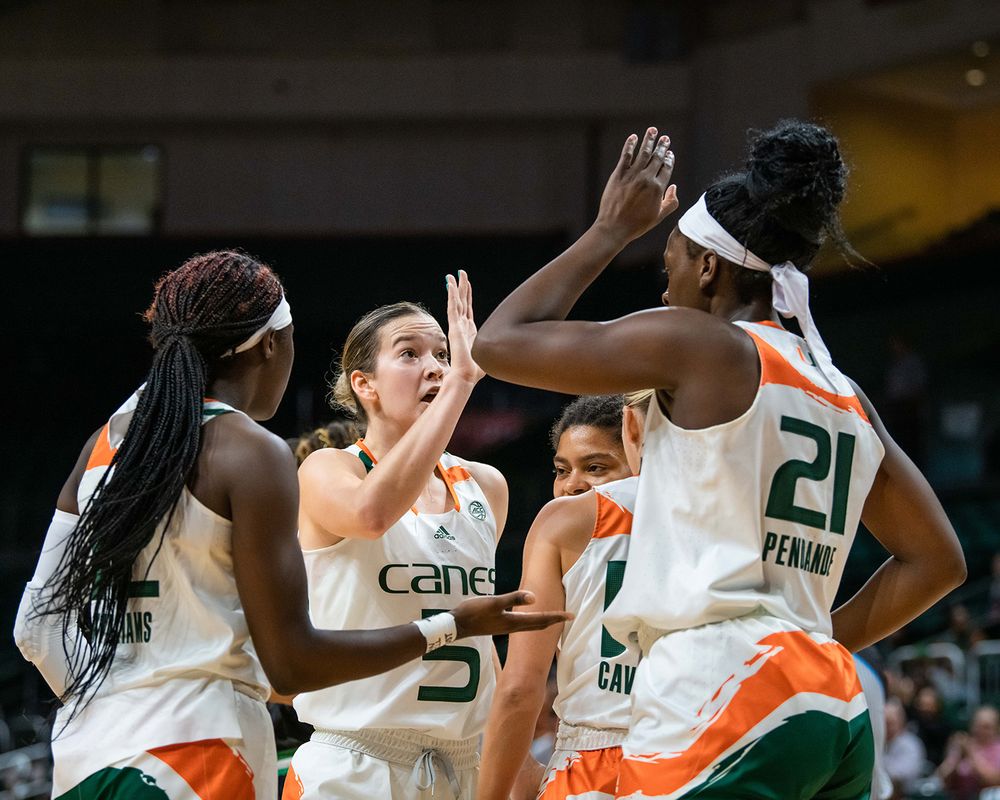 As a team, Miami outrebounded its opponent for the second consecutive contest, hauling in 44 rebounds compared to Stetson’s 26. The Hurricanes forced 17 turnovers in the game and capitalized on the pressure, tallying 26 points off turnovers.

Playing in front of over 1,500 kids, the Hurricanes’ offense caught fire early in the game, shooting 54.5 percent from the field in the first half. Pendande was a perfect 5-for-5 tallying a team-best 10 first-half points. Miami held Stetson to 30.8 percent shooting in the first 20 minutes to take a 34-21 lead into halftime.

Stetson stayed with the Hurricanes in the third quarter, closing the gap with a 9-0 run, but Miami responded with a 5-0 run to start the fourth and extend the lead back to 23. Six different Hurricanes recorded a bucket in the frame as Miami shot 50 percent in the final 10 minutes.

GO OFF THEN, HALEY 😤@CavinderHaley has 18 points, 4 rebounds, 2 assists

The Hurricanes return to action on Sunday when they host Boston University for Miami’s third game in seven days. Tipoff is set for 1 p.m. and the game will air on ACC Network Extra.