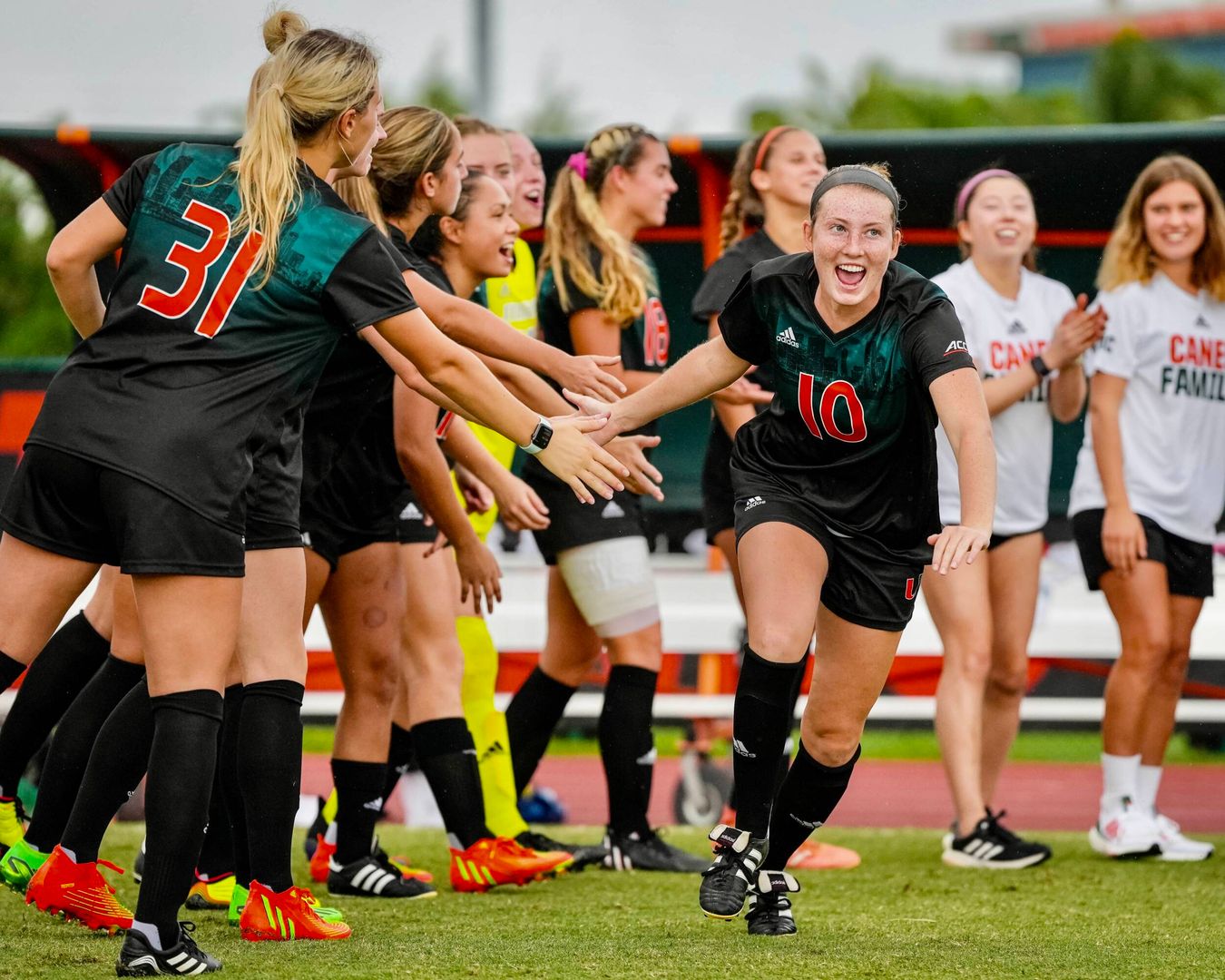 The Hurricanes have topped the Hokies four time in series history, including a 2-1 win in double overtime against then-No. 25 Virginia Tech on Oct. 23, 2016.

Melissa Dagenais started her senior campaign without conceding a goal across the first 419 minutes. Dagenais paces the ACC in saves (50) and saves per game (5.0). The 6-foot-1 netminder made a season-best 11 saves against Mississippi State on Aug. 18.

Seventeen Hurricanes have appeared in at least nine of the first 10 contests. Eight different players have recorded at least two points, with six Canes finding the back of the net.

Following Virginia Tech’s 2-1 come-from-behind victory versus No. 3 North Carolina Saturday, the Hokies made their season debut in the United Soccer Coaches top 25 national rankings at No. 24. Virginia Tech has gone undefeated on the road this campaign having won five away matches with three shutouts.

Junior forward Tori Powell was named the ACC Offensive Player of the Week Tuesday. Powell scored her fifth career game-winning goal against the Tar Heels in the 85th minute. Freshman Taylor Price earned recognition from College Sports News, as she was named to the Women’s National Team of the Week.

Miami will hit the road to face the Wake Forest Demon Deacons Sunday at Spry Stadium. Kickoff is scheduled for 1 p.m. in Winston-Salem.