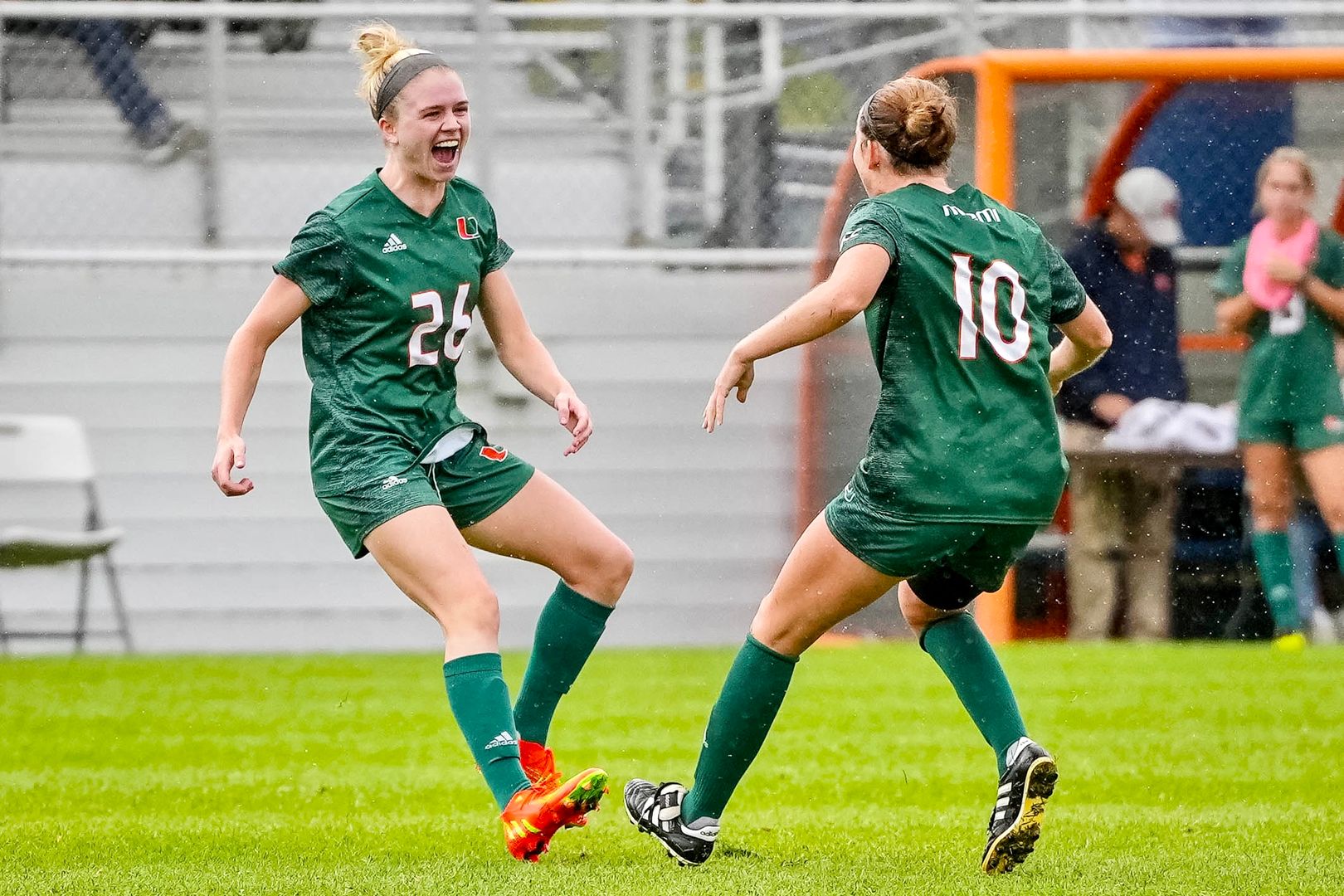 Miami Readies for Rivalry Showdown with No. 7 Florida State

Miami and Florida State have squared off 21 times in series history, including 10 meetings in Coral Gables. Under head coach Sarah Barnes, the Hurricanes upset the then-ninth-ranked Seminoles, 1-0, on Oct. 25, 2018, marking the 12th win over a top-10 team in school history.

Melissa Dagenais started her senior season without conceding a goal across the first 419 minutes. Dagenais paces the ACC in saves (49) and saves per game. Against the Seminoles in 2021, the 6-foot-1 netminder totaled a career-high 14 saves, which is tied for the second-most stops in a match in program history.

Eighteen Hurricanes have appeared in at least eight of the first nine contests. Eight different players have recorded at least two points, with six Canes finding the back of the net.

Florida State is unbeaten in its last 18 matches, dating back to the final contest of the 2021 regular season. The Seminoles lead the country in scoring offense, notching 3.7 goals per game. FSU has outscored its opponents, 29-2, in its last six tilts, with 19 of those 29 tallies coming in the second half.

The Noles entered the season ranked No. 1 in the country for the fifth time in program history and the third time in the last four years. Florida State returns 12 players from the 2021 national championship team, including seven starters.