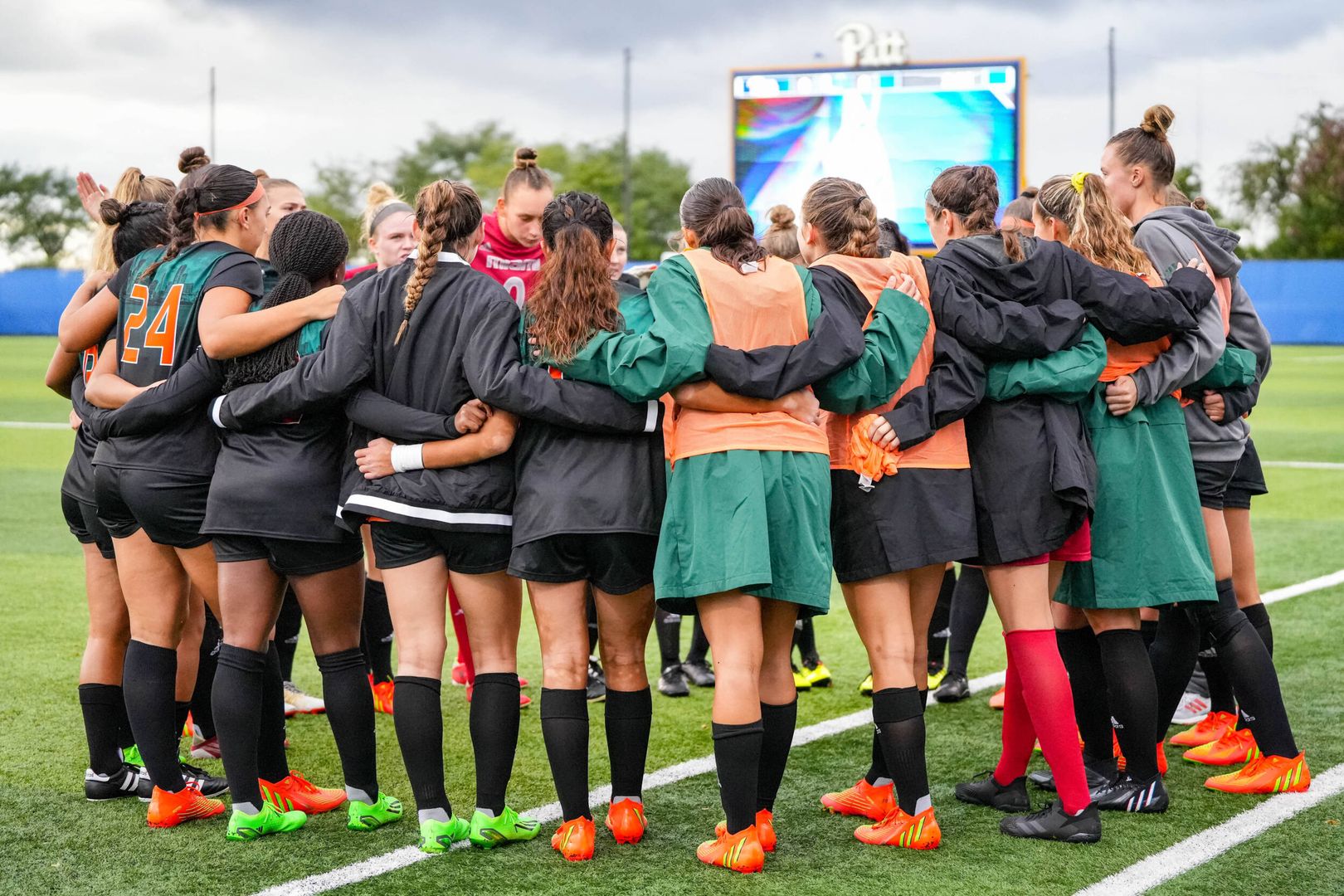 “Their execution in the second half was better than ours,” Miami head coach Sarah Barnes said. “They outcompeted us in the air. It’s disappointing to concede on three set pieces. We have to be more effective keeping the ball, so we aren’t defending as much. We have to do a better job eliminating those opportunities.”

With the Panthers looking to play out of the back and switch the field, O’Neill darted towards Pitt goalkeeper Caitlyn Lazzarini. Lazzarini swung her right foot through the ball, but the Miami forward leaped through the air blocking the attempted clearance into the back of the net.

Miami netminder Melissa Dagenais helped the Hurricanes preserve their lead heading into the half, recording six saves before the break.

But the Panthers clawed their way back moments after the start of the second period.

Pitt capitalized on two free kicks and a corner, registering goals in the 50th, 52nd and 63rd minutes to grab a commanding advantage.

“I thought the first half we were a totally different team,” Barnes said. “We need to see that team more. We pressured them well, turned them over a number of times, had spans of possession and created some good opportunities. We need to see more of that. We defended them pretty well in the first half. We have to be able to adjust as the game goes on and have a counterpunch.”

Miami will look to bounce back Sunday, as the Hurricanes conclude a four-match road trip at Syracuse. Kickoff is slated for 1 p.m.