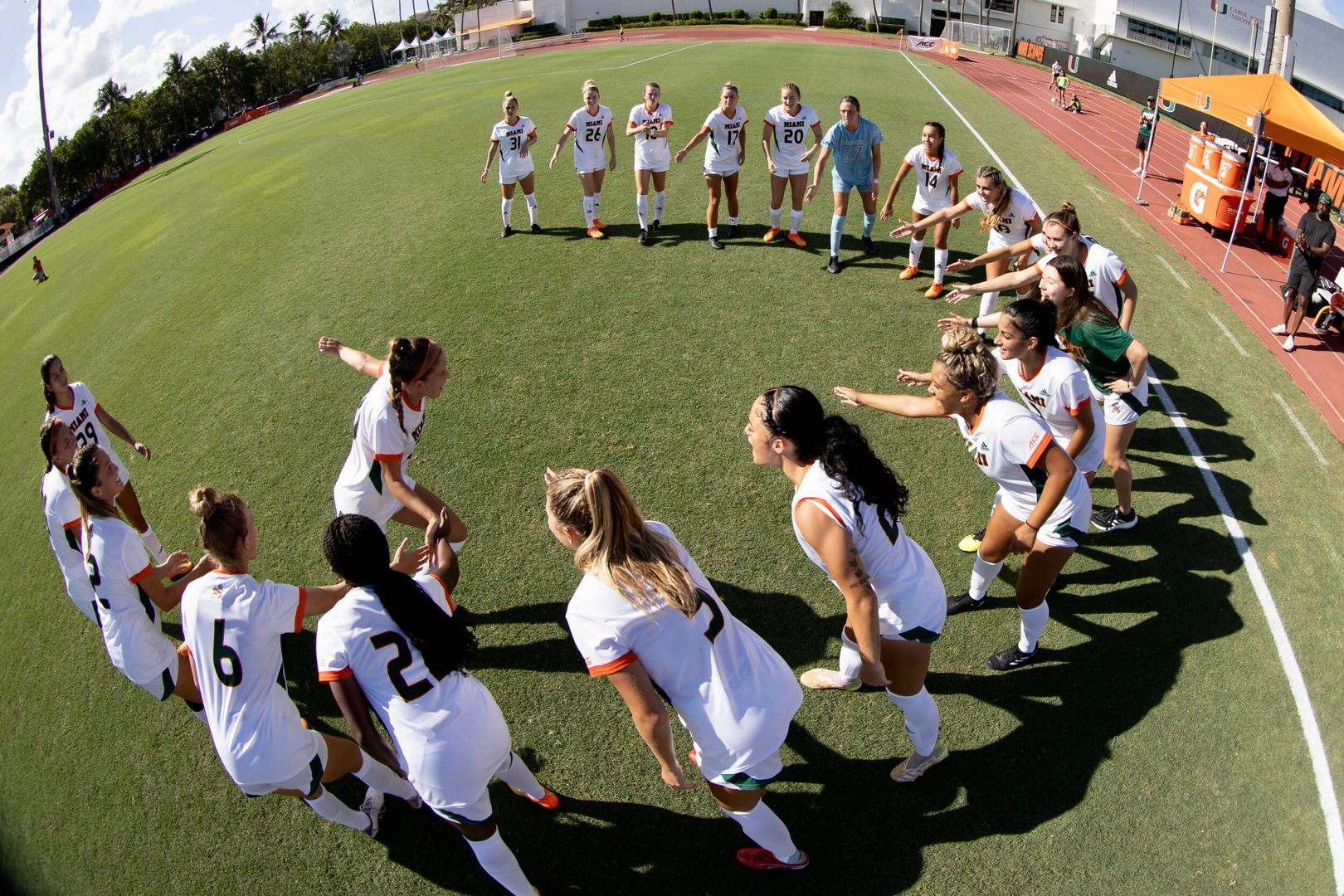 CORAL GABLES, Fla. — Following its first road contest of the season, the University of Miami soccer teams kicks off a three-match homestand, beginning with the UNF Ospreys Sunday evening at Cobb Stadium. The in-state showdown is set for 6 p.m., with the match airing on ACC Network Extra.

For just the third time in school history, the Hurricanes have opened their campaign with three straight shutouts. Miami also accomplished the feat in 1999 and 2017.

With consecutive clean sheets versus Mississippi State and Alabama, the Hurricanes blanked multiple Power 5 teams to start its season for the first time since the program was founded in 1998.

Miami is led by senior Melissa Dagenais, who has vaulted herself into the conversation as one of the top goalkeepers in the ACC. Dagenais, who is tied for eighth in the nation with 20 saves, is one of five netminders in the country with at least three clean sheets in 2022

On the other side, UNF comes into Coral Gables after picking up its first loss of the fall. The Ospreys came up short, 3-1, Thursday evening, following a season-opening victory over Middle Tennessee.