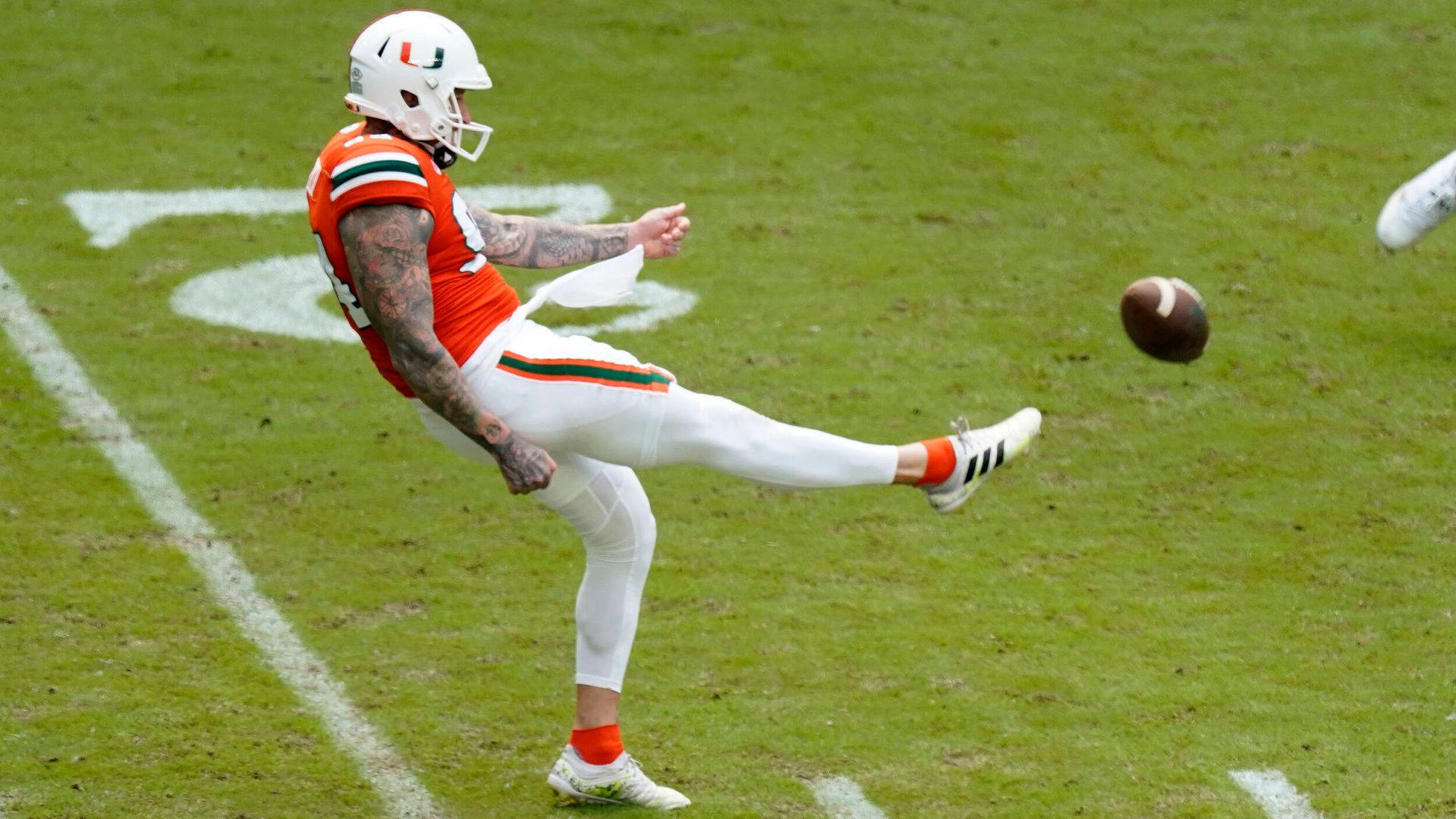 Awarded annually since 2000 to the finest collegiate punter in the country, the recognition is named for the eponymous Pro Football Hall of Fame member.

Hedley is the seventh Hurricane named to a preseason watch list, including the second specialist. There are 48 players on the Ray Guy Award Watch List, including five from the ACC.

A sixth-year redshirt senior, Hedley was a 2020 finalist for the award and a 2021 semifinalist. In the former year, he was also an Associated Press Second Team All-American.

The 6-foot-4, 220-pounder from Mandurah, Australia, Hedley is a two-time Second Team All-ACC designee. He has averaged 45.2 yards per punt over his three seasons at Miami, tallying at least one 60-yarder each year and recording a high mark of 67. Last year, he sent 40.4 percent of his punts inside the 20-yard-line.