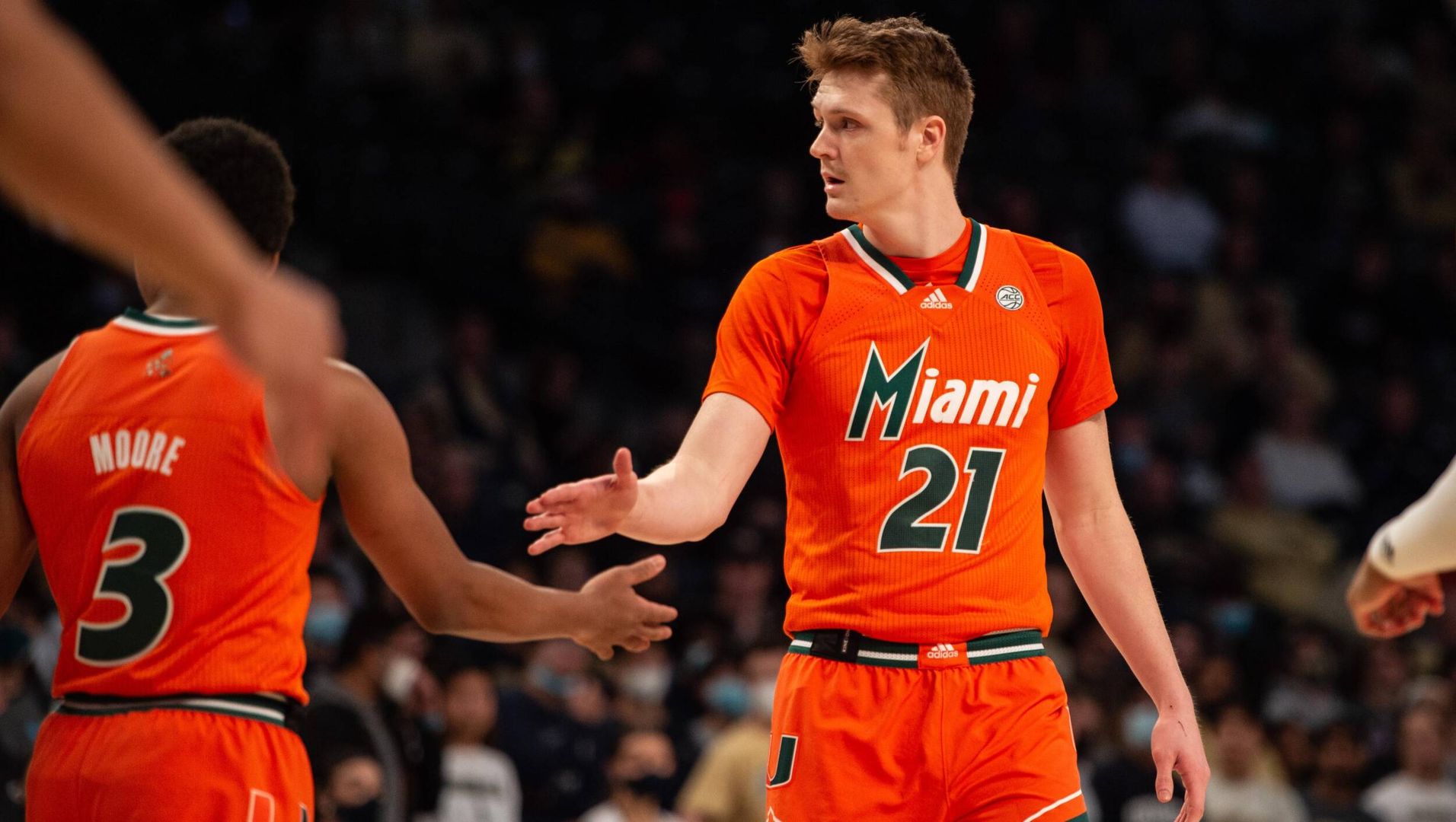 Filippos Gkogkos, Charlie Moore and Sam Waardenburg all garnered the plaudit for their success in the classroom during the 2021-22 academic year. In order to qualify for the NABC Honors Court, the student-athlete must be a junior, senior or graduate student with a 3.2 GPA or higher for the school year.

A third-year sophomore from Athens, Greece, Gkogkos recorded a 3.651 GPA in 2021-22 while majoring in business analytics. This is the first time he was eligible for the NABC Honors Court.

Moore, a sixth-year redshirt senior out of Chicago, posted a 3.46 GPA during his lone year at The U. The DePaul transfer was a member of Miami’s international administration graduate program.

A sixth-year redshirt senior from Auckland, New Zealand, Waardenburg notched a lofty 3.731 GPA in his final year with the Hurricanes. In pursuit of his second master’s degree at Miami, Waardenburg was a member of the liberal studies graduate program.

Miami, North Carolina, Pittsburgh, Virginia and Virginia Tech were the only ACC institutions with multiple players named to the NABC Honors Court.