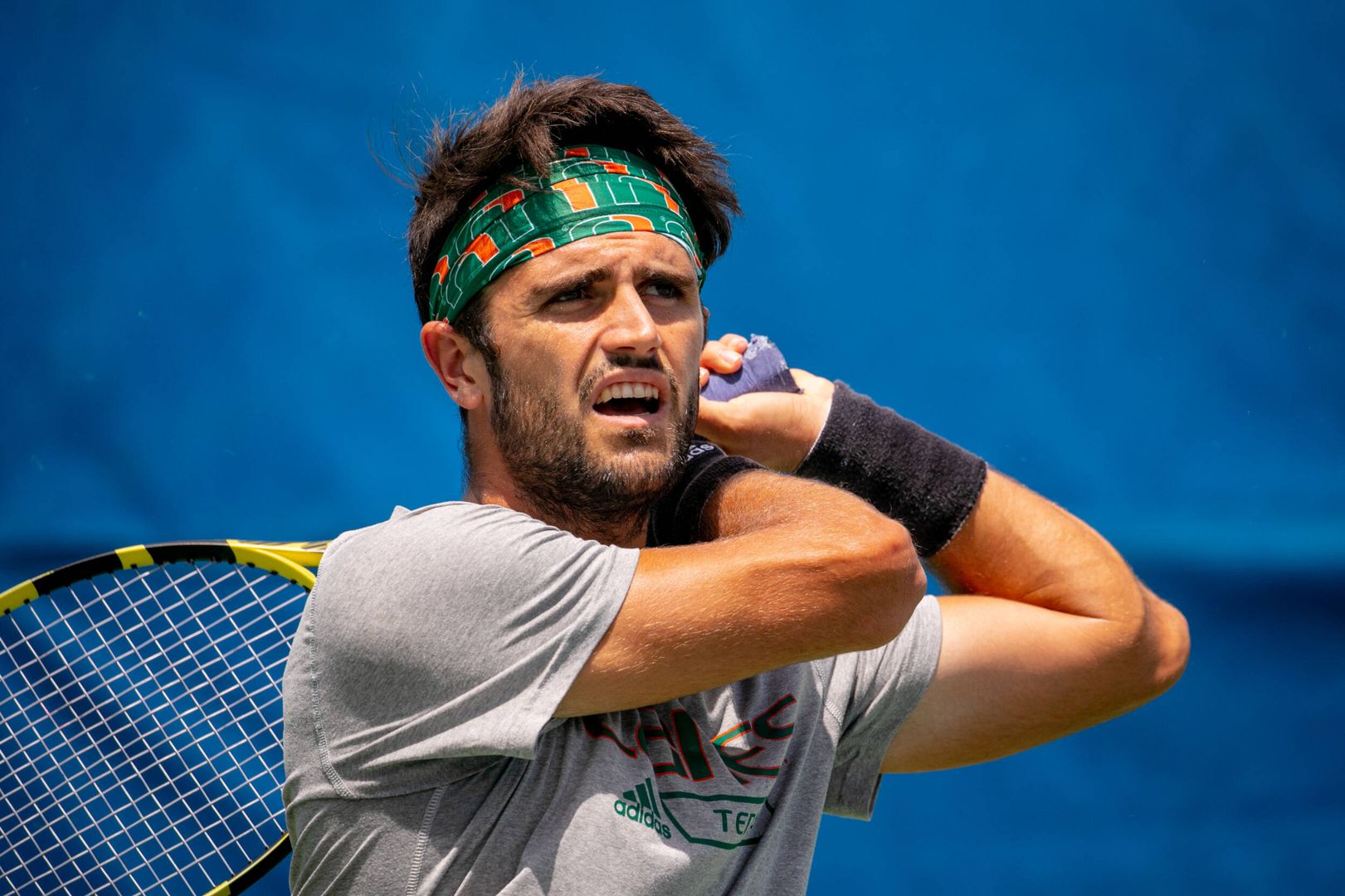 CORAL GABLES, Fla. – A new season starts Friday for the University of Miami men’s tennis team as the Hurricanes are set to participate in their fourth straight NCAA Championship.

“I am very excited for this group. It is always special to have the chance to continue to play,” head coach Aljosa Piric said. “We have the chance to go to one of the best regions in the NCAA Championship and we are looking forward to playing on Friday.”

The Hurricanes have seen their fair share of competition this season, playing 14 matches against ranked opponents. Miami is 6-8 against top-75 opponents this season, with a trio of wins over top-30 teams.

Miami is led at first singles by graduate student Dan Martin, who is ranked No. 62 among Division I singles players. Martin was tabbed the third alternate for the NCAA Singles Championship, which will take place following the Team Championship.

Fourth-year junior Oren Vasser and freshman Martin Katz have totaled 15 and 13 singles victories, respectively, while freshman Casper Christensen hovers just near the double-figure mark with nine on the season.

It will take a full team effort to defeat South Florida as the Bulls enter the NCAA Championship having won six of their last seven matches.

“South Florida is a very tough team. We know them very well from playing in the same region and from playing them last year,” Piric said. “They started a little slow, but as the season progressed, they began to play better and towards the end of the year they earned several top-notch wins to make it into the tournament. We expect a battle in this first-round matchup.”

Miami and South Florida have squared off twice before in the NCAA Team Championship, with each school coming away with a win. Both matches took place in Gainesville, with the Bulls taking a 4-1 victory in 2002 and Miami advancing to the second round with a 4-2 win in 2008.

“Hopefully we can give ourselves an opportunity, with a win, to play the defending national champion Florida Gators,” Piric said.

Fans can follow Friday’s match via live stats on the Florida website or via a live stream on the TennisONE app.