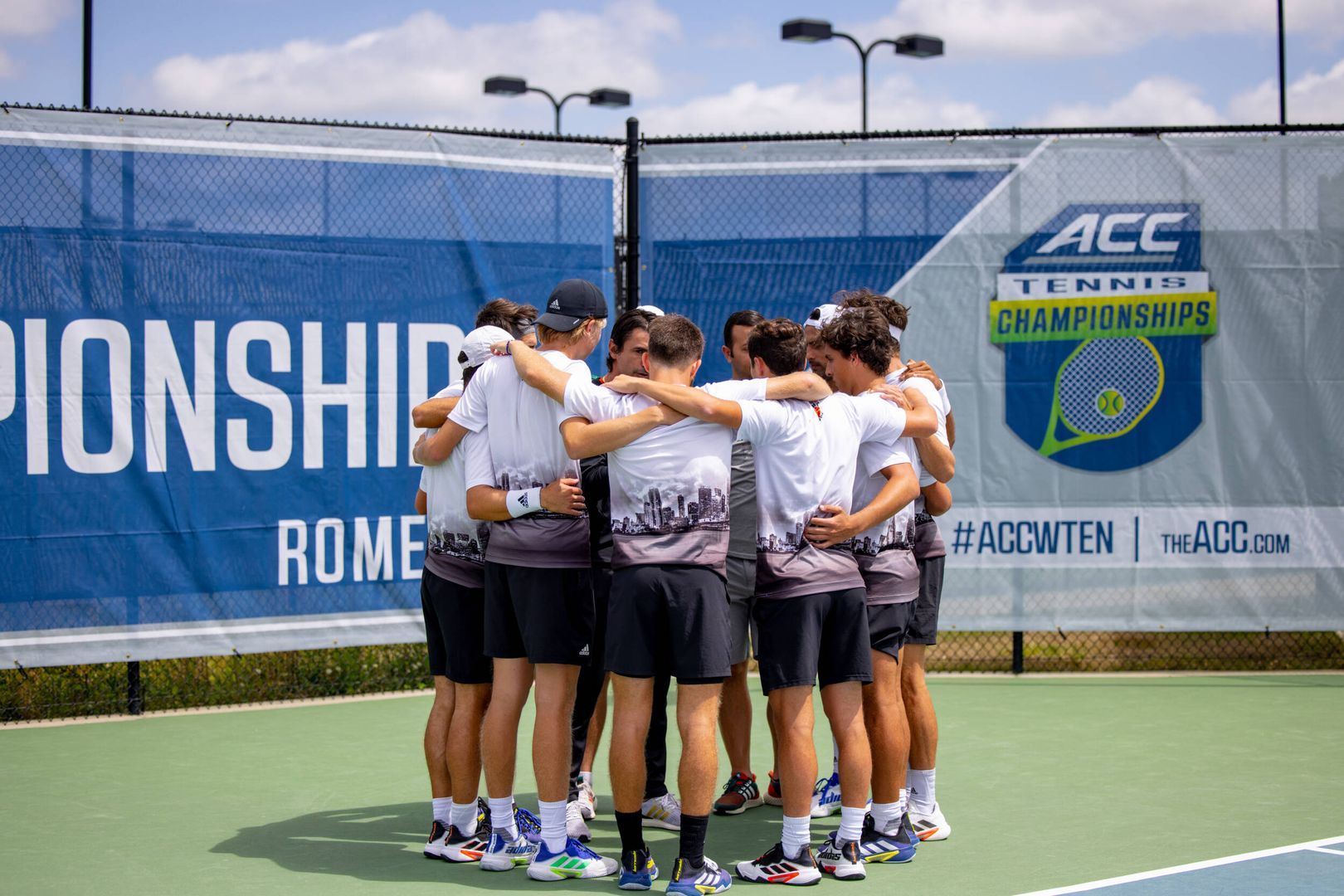 Hurricanes Fall In Second Round of ACC Championships

ROME, Ga. – The University of Miami men’s tennis team closed out its ACC Championship bid in the second round of the tournament, falling to the 10th-seeded Georgia Tech Yellow Jackets (9-13, 3-9 ACC), 1-4, Thursday afternoon at the Rome Tennis Center.

Fifth-year senior Benjamin Hannestad and freshman Martin Katz kicked off the day for the seventh-seeded Hurricanes (16-9, 5-7 ACC) as they cruised to a 6-2 victory on court two to put Miami up, 1-0, in doubles action. The Yellow Jackets responded at first doubles as fourth-year juniors Juan Martin Jalif and Franco Aubone faced a 3-6 defeat to No. 13 Andres Martin and Marcus McDaniel.

With the doubles portion tied at one-all, all eyes turned to court three where graduate student Dan Martin and fifth-year senior Bojan Jankulovski faced an uphill 3-5 battle. The duo challenged Georgia Tech’s third doubles pair on every point, tying the match at 5-5, but could not complete the comeback, falling 5-7 to Keshav Copra and Chen Dong.

The Yellow Jackets extended their lead to 3-0 with a pair of wins on courts five and two as Jalif and Jankulovski were each tagged with two-set losses. Jalif fell to Pablo Schlecher, 2-6, 1-6, while Jankulovski came up short, 3-6, 4-6, at second singles.

On court six, Aubone rallied from down 2-5 in the first set, rattling off five straight games to take a 7-5 lead in his match. The Argentina native proceeded to dominate the second set, 6-2, en route to Miami’s only singles win of the day.

The match was ultimately decided on court three where Hannestad fell just short of a comeback victory, facing a 0-6, 6-3, 4-6 defeat to Keshav Chopra.

The No. 29 Hurricanes (16-9, 5-7 ACC) will return to Coral Gables, Fla., to await their postseason fate, which will be decided on May 2 at 6 p.m. during the NCAA Tournament selection show.