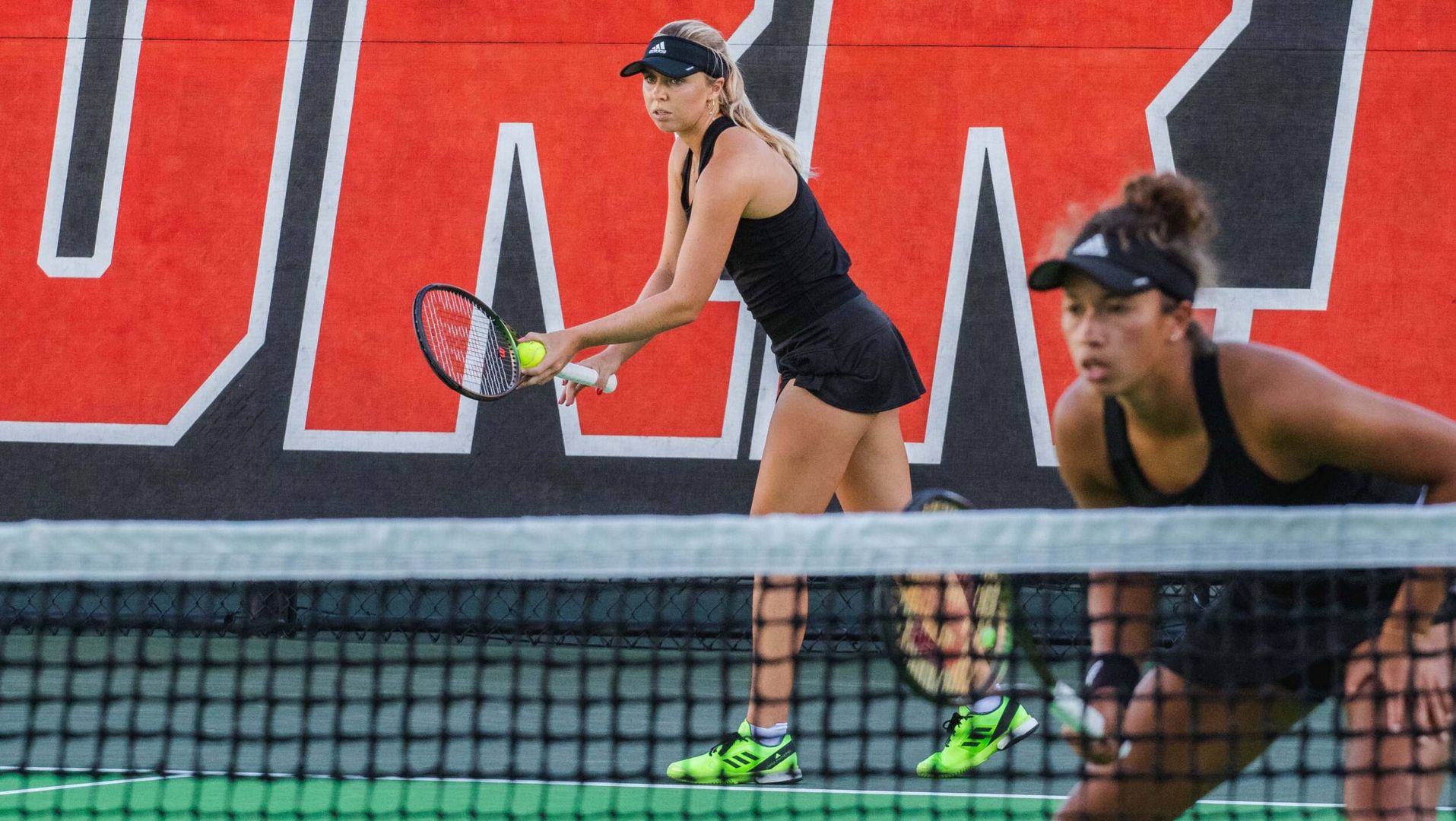 CORAL GABLES, Fla. – The University of Miami women’s tennis team is now No. 13 in the ITA rankings, as announced Wednesday morning.

Following shutout wins over No. 71 Syracuse, 4-0, and Boston College, 7-0, on Friday and Sunday, respectively, at the Neil Schiff Tennis Center, Miami (16-4, 10-3 ACC) moved up one spot nationally. This is the ninth consecutive release with the Hurricanes in the top 15, dating back to Feb. 23.

Miami is one of 10 ACC teams in the national rankings, all of which are in the top 60, including six in the top 25 and five in the top 15. The Hurricanes, who own victories over two of the ACC’s top-10 teams, join top-ranked North Carolina, third-ranked NC State, fifth-ranked Duke, seventh-ranked Virginia, No. 24 Wake Forest, No. 32 Georgia Tech, No. 38 Florida State, No. 42 Notre Dame and No. 58 Clemson on the list.

In singles, Miami once again has three top-80 players with two in the top 55 and one in the top 35. Fourth-year junior Daevenia Achong, who went 12-1 in ACC action, leads the group at No. 32 nationally. She is followed by fifth-year senior Eden Richardson at No. 51 and sophomore Isabella Pfennig at No. 80.

Achong and Richardson ascended nine spots as a doubles tandem, jumping from No. 28 up to No. 19, their second-highest mark of the year. In addition, third-year sophomores Diana Khodan and Maya Tahan place No. 56, a three-position improvement.

The complete ITA poll can be found HERE. Beginning last Wednesday, all three sets of rankings update weekly for the remainder of the year.