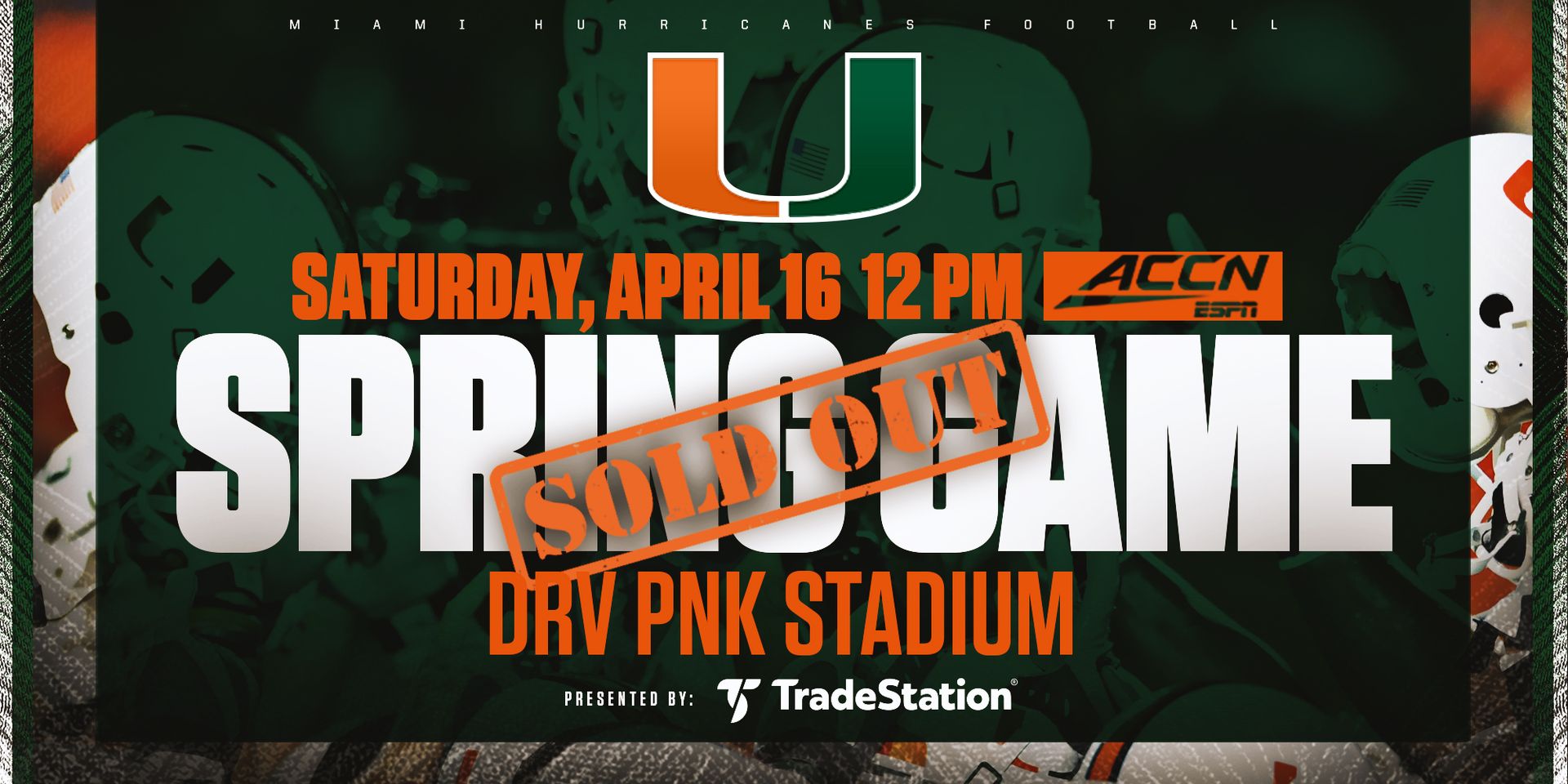 Fans who have claimed their tickets will need to present them upon entry at DRV PNK Stadium. Kickoff is at 12 p.m. Parking lots open at 9 a.m. and gates open at 10:30 a.m.

All ticket holders will receive communication from the UM ticket office prior to gameday. For additional information on gameday, including parking, please click here.

The 2022 Spring Football Game Presented by TradeStation will be televised live on ACC Network at 12 p.m.

Club Internacional de Fútbol Miami, known as Inter Miami CF, is an American professional sports team in Major League Soccer. The team made its debut in March 2020 and became only the seventh expansion team in MLS history to reach the MLS Cup Playoffs. Inter Miami plays and trains at its 34-acre centralized facility, which is inclusive of the 19,100-capacity DRV PNK Stadium, a 50,000-square-foot training center and seven fields in Fort Lauderdale, Fla. In addition to the MLS team, the Club fields the MLS NEXT Pro team Inter Miami CF II and a youth Academy.