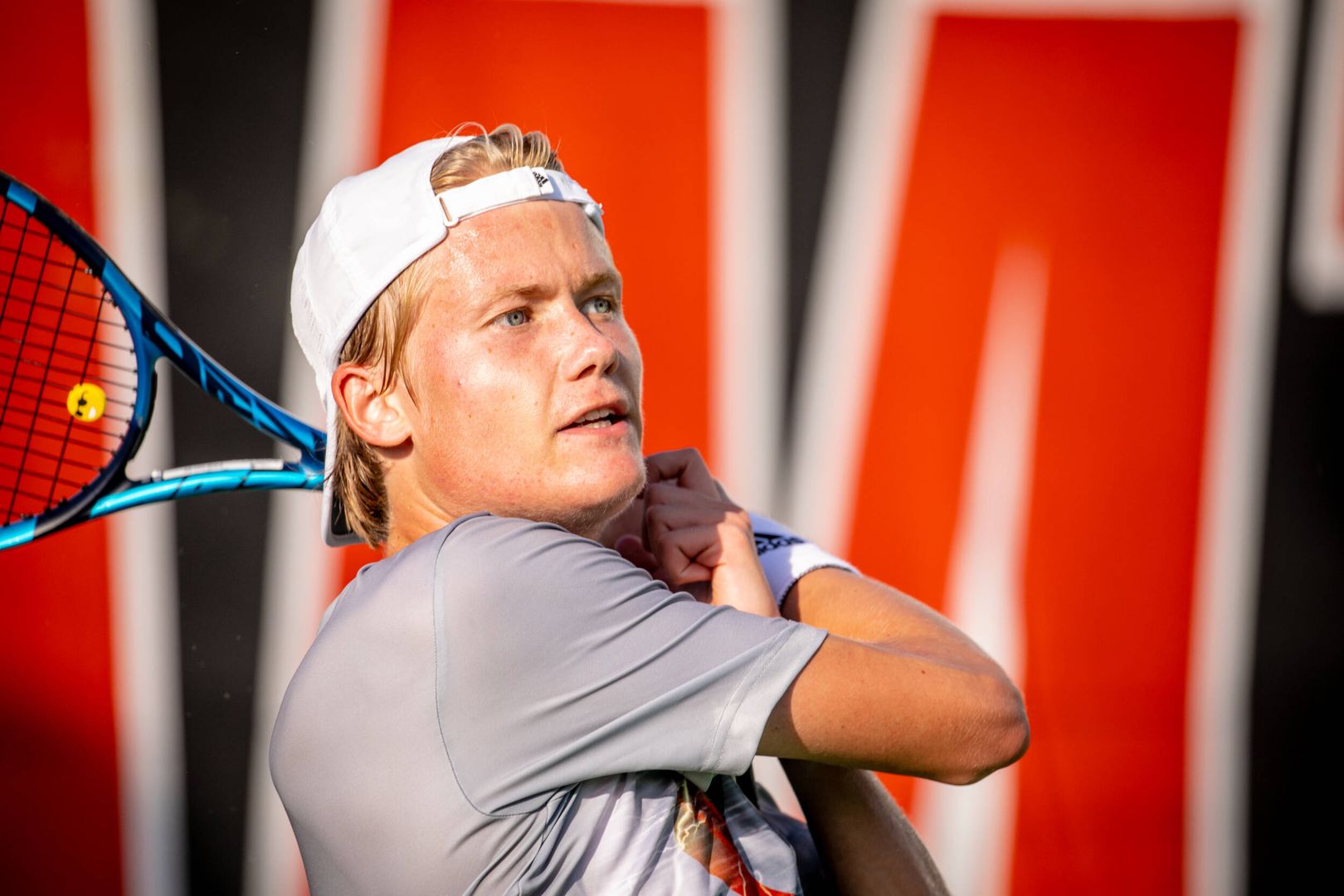 The Eagles took an early 1-0 lead thanks to a pair of doubles victories on courts one and two. The Miami first doubles pair of fourth-year juniors Juan Martin Jalif and Franco Aubone faced a 2-6 defeat to Boston College’s Juan Jose Bianchi and Max Motlagh, while fifth-year senior Benjamin Hannestad and freshman Martin Katz came up short, 3-6, on court two.

Fifth-year senior Bojan Jankulovski and fourth-year junior Oren Vasser were trailing 4-5 on court three when the doubles point was clinched by the Eagles.

The Hurricanes quickly rebound in singles action, winning four straight matches to return to Coral Gables, Fla., with the 4-1 victory. Aubone started the singles domination for Miami, besting Jake Vassel, 6-1, 6-1, on court five. The San Juan, Argentina, native is now 5-1 in singles action this spring and 2-0 when playing at fifth singles.

Hannestad earned his 10th singles win of the season on Friday, taking down Boston College’s Will Kasten, 6-0, 6-3, to move to 10-6 overall in singles play. He is one of four Hurricanes to total 10-plus singles wins during dual play this year.

Just minutes later, Katz made the score 3-1 in favor of the Hurricanes with a decisive 6-2, 6-2 win at fourth singles. In his first year at Miami, Katz has proven that he belongs, holding a 13-4 overall record in singles action. When playing on court four, Katz boasts a 5-1 mark.

The match was ultimately decided on court six where freshman Casper Christensen maintained his undefeated singles record, downing Bianchi, 6-4, 7-5. Christensen is 6-0 in spring matches as a Hurricane.

Miami will return to the Neil Schiff Tennis Center on Friday, April 8 for its second-to-last home match of the season. The Hurricanes will host the Virginia Tech Hokies in a match set to start at 3 p.m.