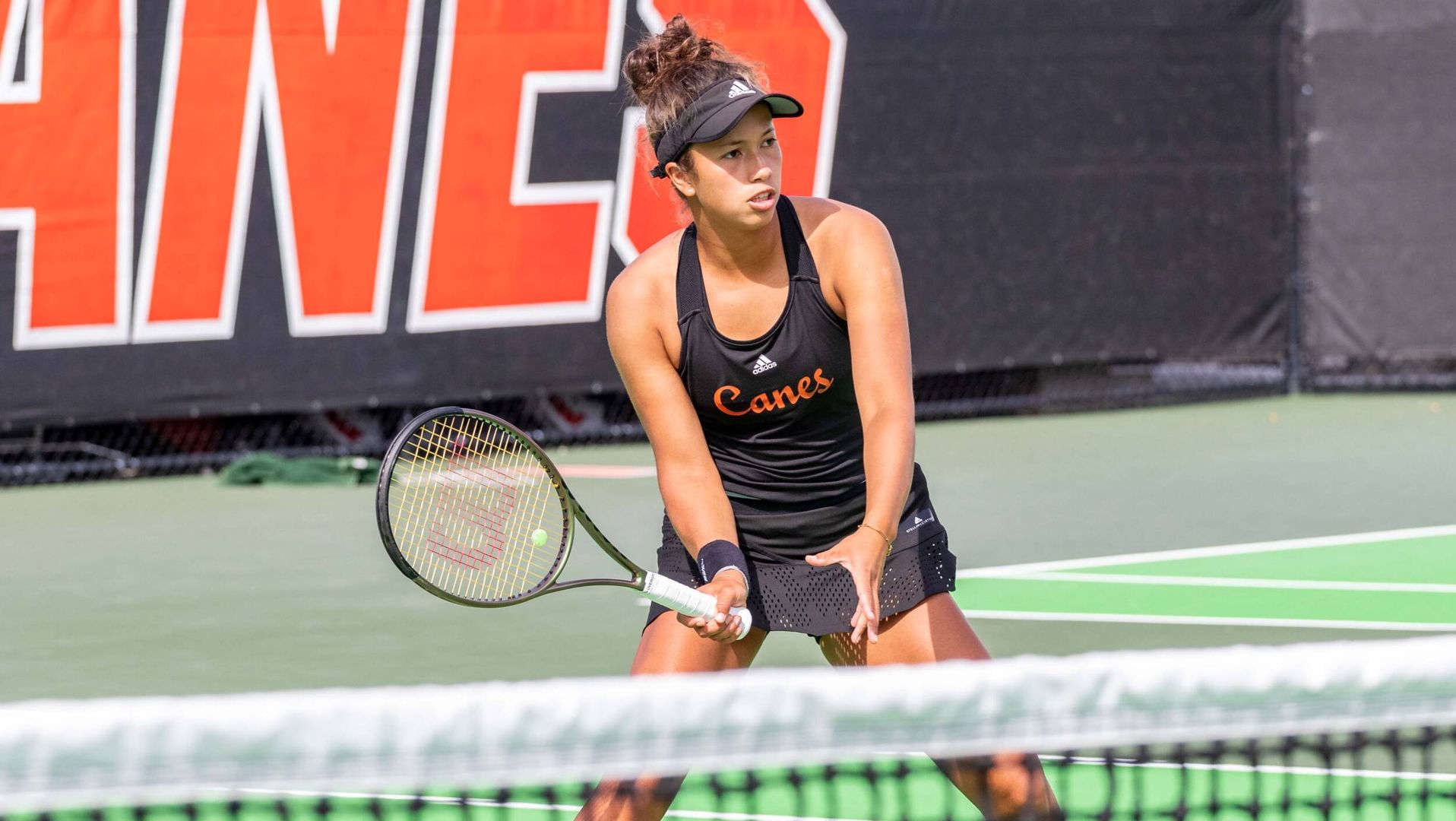 CORAL GABLES, Fla. – Daevenia Achong of the University of Miami women’s tennis team is the Co-ACC Player of the Week, as announced Tuesday afternoon by the league office.

Achong, who won the award twice as a freshman in 2018-19, shares this week’s distinction with Florida State’s Petra Hule.

Entering the weekend with one top-20 win in her career, Achong tripled that mark in the span of three days. First, on Friday, she topped No. 16 Elizabeth Scotty of top-ranked North Carolina, 6-4, 7-5.

Achong then defeated No. 20 Georgia Drummy of No. 10 Duke, 6-3, 5-7, 6-0, helping the Hurricanes to a 4-3 triumph over the Blue Devils. She also teamed with fifth-year senior Eden Richardson for a ranked doubles win against Duke, posting a 6-4 decision versus No. 75 Margaryta Bilokin and Eliza Omirou.

Achong and the Hurricanes resume play Friday at 3 p.m. against No. 43 Columbia at Hard Rock Stadium in Miami Gardens, Fla., as part of the Miami Open.