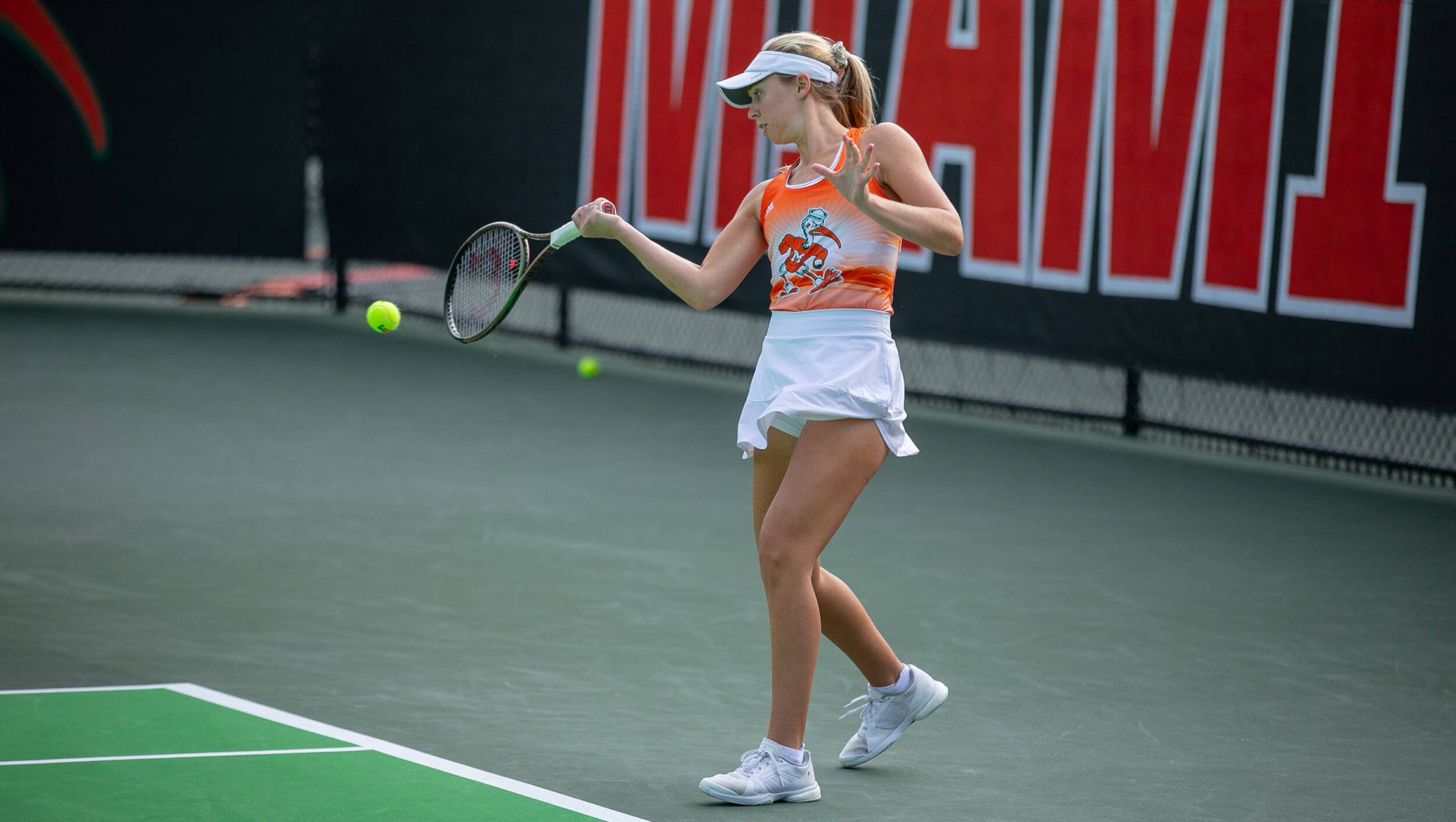 CORAL GABLES, Fla. – Eden Richardson of the University of Miami women’s tennis team is again the ACC Player of the Week, as announced Tuesday afternoon by the league office.

This is the second such accolade of the season for Richardson, a fifth-year senior from Bath, England. She previously claimed the first such distinction of the year back on Jan. 18 and is now the 11th multiple-time winner in program history.

Richardson, a transfer from LSU, posted one of the most impressive wins in program history Sunday afternoon in the Hurricanes’ 6-1 victory at No. 11 Virginia. She knocked off fifth-ranked Emma Navarro, the reigning NCAA champion, who entered the match at 36-1 in her collegiate career.

Navarro, the No. 200 player in the WTA rankings, had zero prior losses in straight sets or at home before suffering a 3-6, 3-6 setback against No. 56 Richardson in Charlottesville, Va. Former Miami star Estela Perez-Somarriba, the 2019 NCAA champion, is the only other player to defeat Navarro, who had 22 straight wins since that April 4, 2021, loss.

Two days before her historic victory, Richardson logged a doubles win and singles win to help No. 10 Miami (11-2, 6-1 ACC) cruise to a 6-1 decision at Virginia Tech.

Alongside fourth-year junior Daevenia Achong, with whom she is ranked No. 16, Richardson topped Katie Andreini and Annie Clark, 6-3, to begin the day. She followed that with a resounding 6-3, 6-2 triumph over Elizabet Danailova.

Richardson and the Hurricanes resume play Friday at 5 p.m. when they host top-ranked North Carolina at the Neil Schiff Tennis Center.