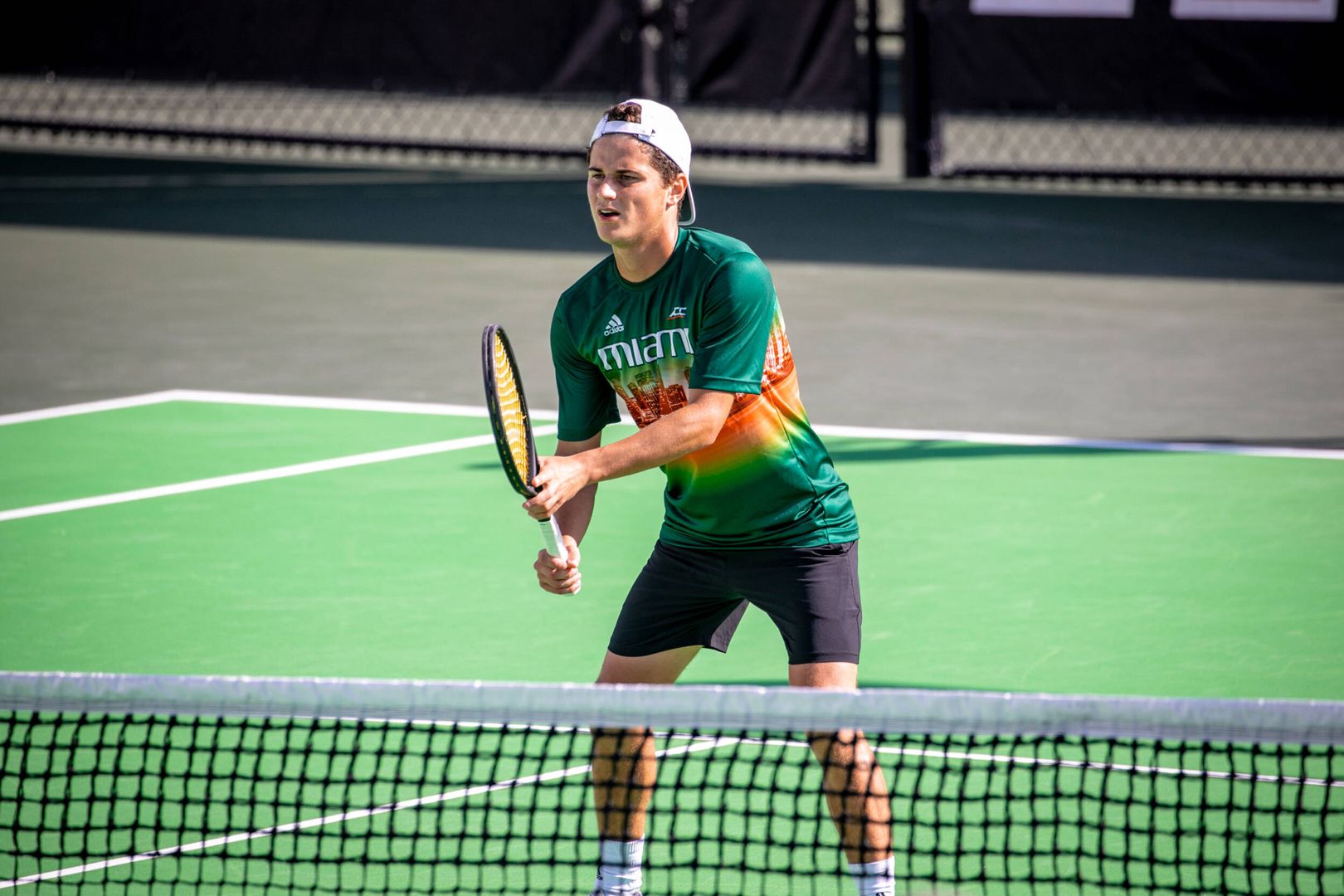 SOUTH BEND, Ind.  – The University of Miami men’s tennis team battled the No. 23 Notre Dame Fighting Irish to the very end Sunday afternoon at the Courtney Tennis Center, but came up just short, 4-3, against the home team.

The Hurricanes (12-6, 1-5 ACC) jumped out to a 1-0 lead after clinching the doubles point thanks to a pair of wins on courts one and two. Fourth-year juniors Juan Martin Jalif and Franco Aubone tallied Miami’s first match win of the afternoon with a 6-3 victory over the No. 42 pair of Matthew Che and Axel Nefve.

Notre Dame took its first lead of the day with a win on court three as Hannestad fell to Che, 2-6, 6-7(6). However, Jankulovski came through for the Hurricanes at second singles, defeating Aditya Vashistha, 7-5, 6-4 to tie the match at three-all.

The match came down to court four, where Jalif was in a three-set battle with Notre Dame’s Connor Fu. After dropping the first set, 3-6, Jalif rallied to win the second set 6-4. The players went game-for-game in the final set of the match, but Fu ultimately came out on top, 7-5, to win the match for Notre Dame.

The Hurricanes return to the Neil Schiff Tennis Center on March 23 to take on in-state rival Florida State at 3 p.m.