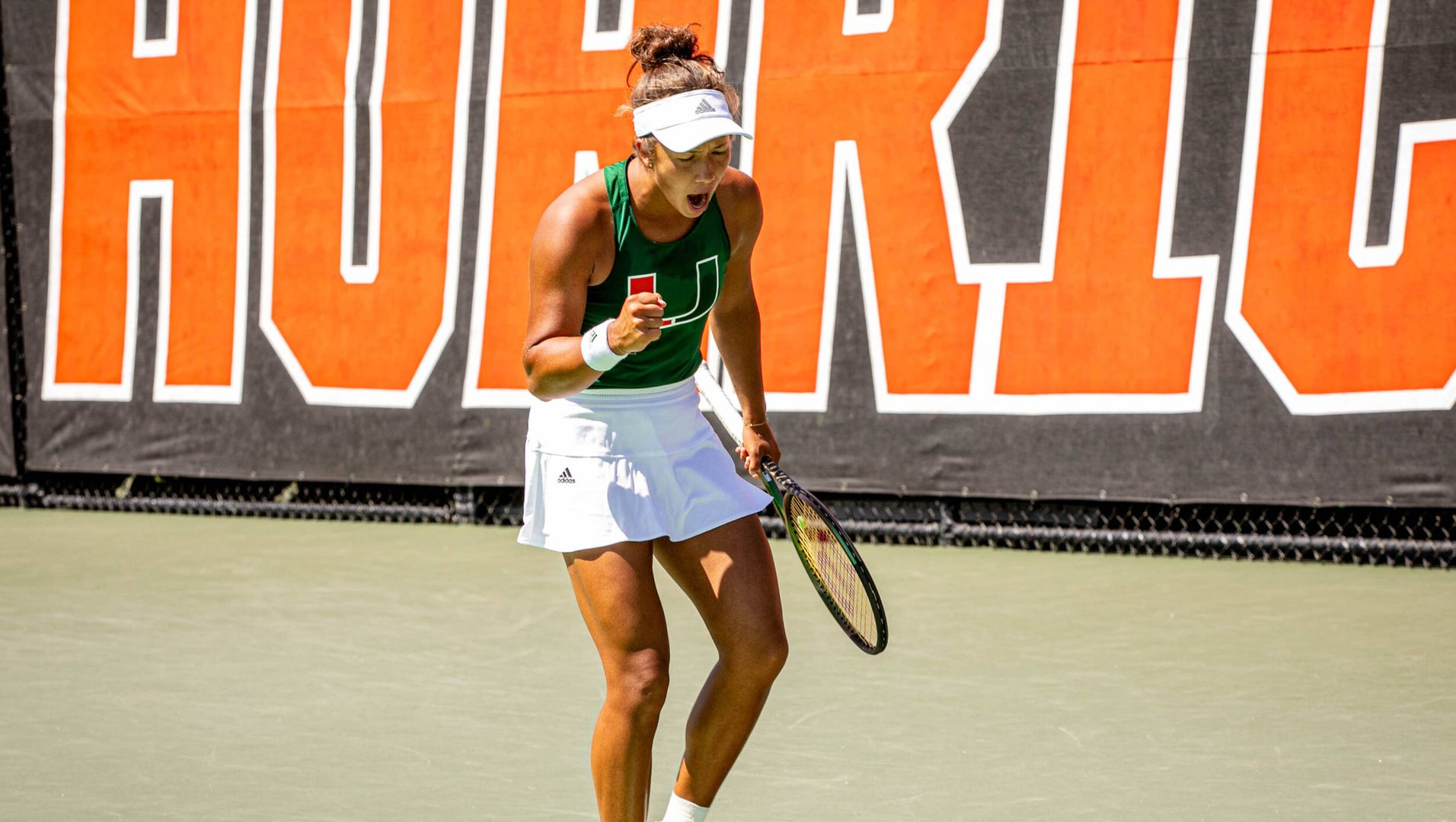 No. 10 Miami (10-2, 5-1 ACC) dropped just two sets on the day at the Burrows-Burleson Tennis Center, leaving no doubt in an impressive showing.

“We were playing in some pretty windy conditions today and handled the situation the best we could,” Miami head coach Paige Yaroshuk-Tews said. “It was not the prettiest tennis, but these ladies got the job done.”

Third-year sophomores Diana Khodan and Maya Tahan, together ranked No. 72, earned the opening point for Miami by downing Elizabet Danailova and Rita Pinto, 6-4.

In singles, Khodan got the Hurricanes off to a blazing start with a stellar 6-0, 6-1 showing against Andreini. No. 58 Richardson upped the lead to 3-0 with a 6-3, 6-2 victory against Danailova.

No. 56 Achong, in her first action of the season atop the lineup, clinched the match by topping Tamara Barad Itzhaki, 6-3, 6-3.

The remaining three matches were all played out with two of them going to Miami. First Boch-Collins finished off a 6-0, 6-3 result versus Cheng to make it 5-0.

The Hokies got their lone point of the day behind a 6-3, 0-6, 6-3 win from Semra Aksu against Nikolenko. Tahan then finished the match by logging a 6-4, 6-2 victory against Dariya Radulova.

With Friday’s triumph, Miami improved to 25-1 all-time against Virginia Tech, including 10-1 on the road.

The Hurricanes now make the short drive to Charlottesville, Va., where they face No. 11 Virginia Sunday at 11 a.m.