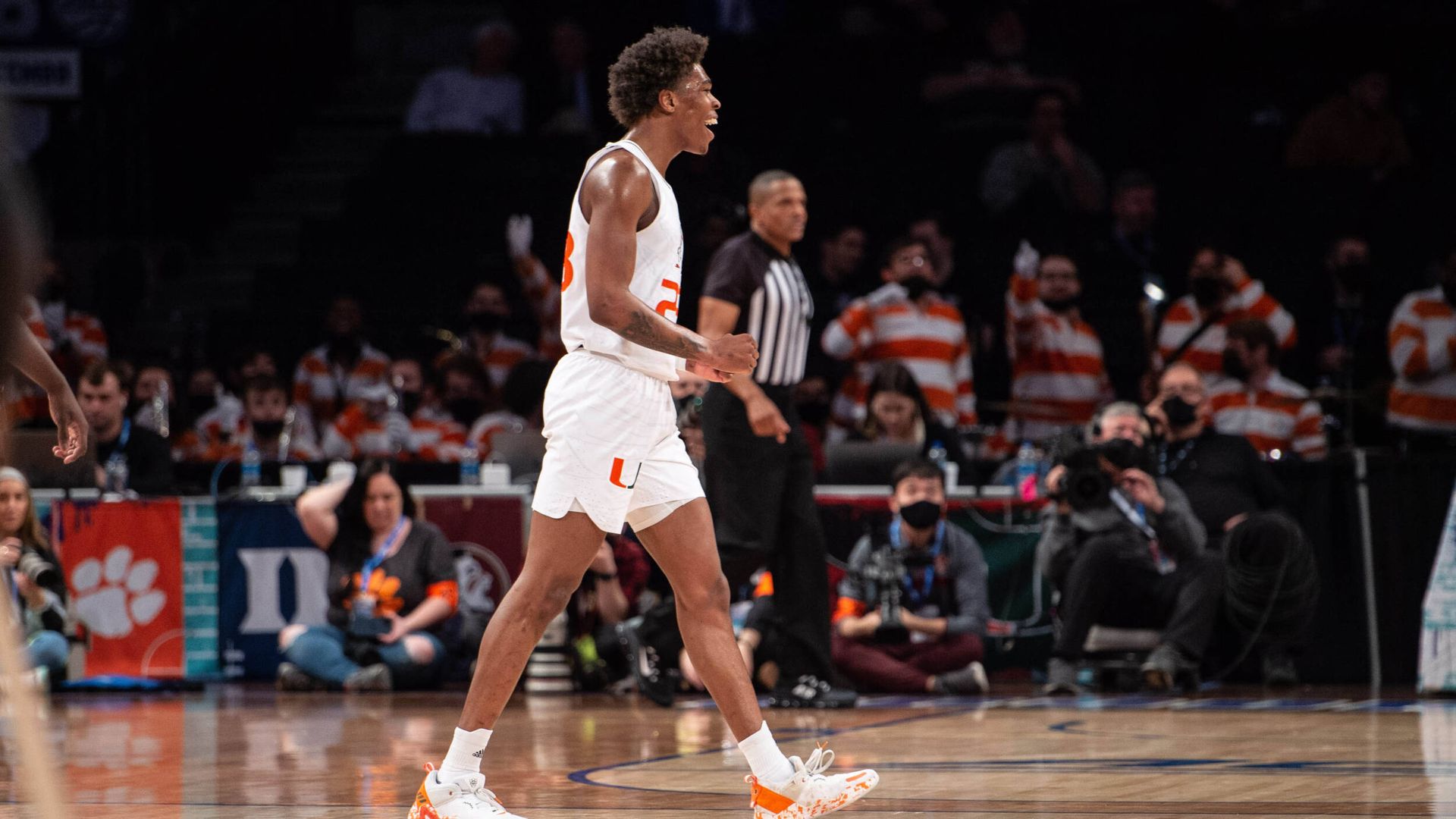 A sixth-year redshirt senior guard, McGusty helped Miami to a 1-1 record and the fourth semifinal appearance in program history.

A native of Katy, Texas, McGusty averaged 20.0 points and 5.0 rebounds per game, while shooting 54.8 percent (17-of-31) from the floor and 44.4 percent (4-of-9) on 3-pointers. His 11 made field goals against top-seeded and seventh-ranked Duke in the semifinals place him second on Miami’s all-time ACC Tournament single-game leaderboard.

One of six players to average 20-plus points in the tournament, McGusty tied for fourth place and was among just three from that six to play multiple games. He also tied for No. 13 in steals per game and placed No. 14 in field-goal percentage, including seventh among players who played at least twice.

In addition, McGusty finished second in minutes per game (40.4) and his 11 made field goals tied for the highest single-game mark of any player.

McGusty and the Hurricanes now await their selection for the NCAA Tournament, which will be announced Sunday at 6 p.m., live on CBS.