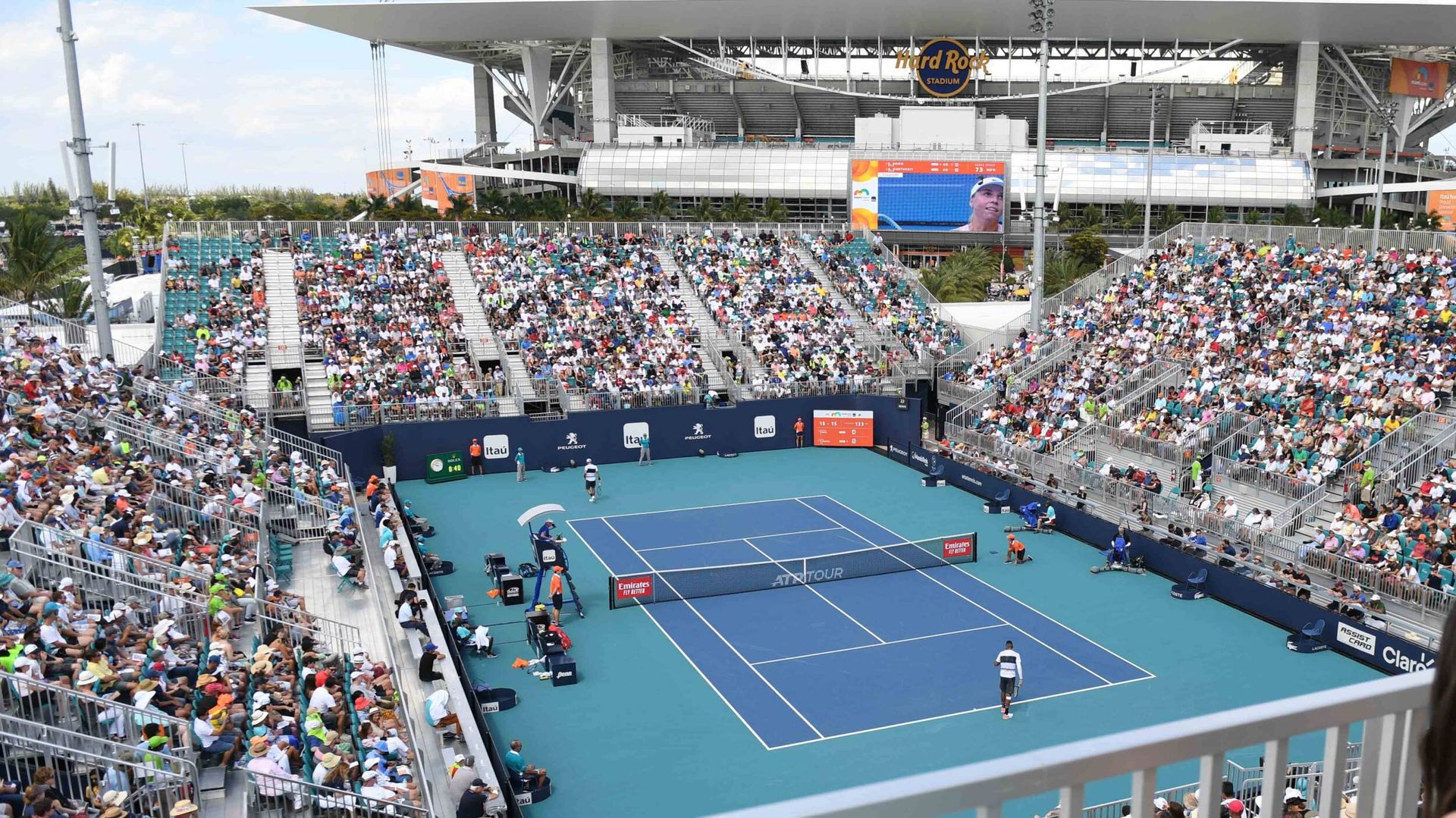 “As a former college player, I am excited we are able to bring collegiate tennis matches to the Miami Open,” said tournament director James Blake. “Our goal is to make this an annual event here in Miami.”

Led by head coach Paige Yaroshuk-Tews, the program’s all-time winningest coach, Miami has turned into a force nationally, advancing to the NCAA’s Elite Eight in eight of the last 17 tournaments, the seventh-most quarterfinal appearances in the nation during that span. The Hurricanes have also made the Sweet 16 on 13 occasions during that stretch, one of only eight programs to do so. In her 21 years at Miami, Yaroshuk-Tews boasts an overall record of 385-134 (.741) and an ACC career record of 158-45 (.778).

To purchase tickets, go to www.miamiopen.com or call (305) 943-6736. Fans can secure tickets to view all the collegiate matches for $25 or can purchase an evening session package for $70, which includes access to the collegiate matches along with a ticket for the men’s evening semifinal match (Session 22). As a special bonus, the first 140 people to purchase an evening session package will receive a commemorative hat featuring the Miami Open and University of Miami logos.

The Miami Open presented by Itaú, taking place March 21-April 3, will be bigger and better than ever before in 2022. The festival atmosphere and complete entertainment experience that has made this iconic event the place-to-be in March will be back. Guests will enjoy the best that Miami has to offer including amazing culinary options, music and artwork by top local artists. The Stadium Court within Hard Rock Stadium returns and the revamped site will include new infrastructure, additional seating on the outer-courts, and more green space where fans can relax when taking a break from the outstanding tennis action.

About the Miami Open presented by Itaú
The 2022 Miami Open will be played March 21 – April 3 at Hard Rock Stadium. The two-week combined event is owned and operated by IMG. The Miami Open is one of nine ATP Masters 1000 Series events on the ATP calendar, a WTA 1000 event on the WTA calendar, and features the top men’s and women’s tennis players in the world. The tournament is widely regarded as the most glamorous on the ATP and WTA calendars because of Miami’s unique personality, thriving nightlife, five-star hotels and restaurants, beautiful weather and beaches, and celebrity appeal, as well as its close proximity to both Fort Lauderdale and Palm Beach. For ticket information, visit www.miamiopen.com.

About Itaú
Itaú Unibanco is a Brazilian bank with 95 years of history and is currently the largest privately-owned bank in Latin America. It is present in 18 countries and has more than 90 thousand employees, in addition to a service network composed of approximately 4.5K branches throughout the region. It is a full-service bank, offering financial products and services to individual customers and companies in all segments.

About IMG
IMG is a global leader in sport, events, fashion, and media. The company manages some of the world’s greatest athletes and fashion icons; owns and operates hundreds of live events annually; and is a leading independent producer and distributor of sports and entertainment media. IMG also specializes in licensing, sports training and league development. IMG is a subsidiary of Endeavor, a global entertainment, sports and content company.