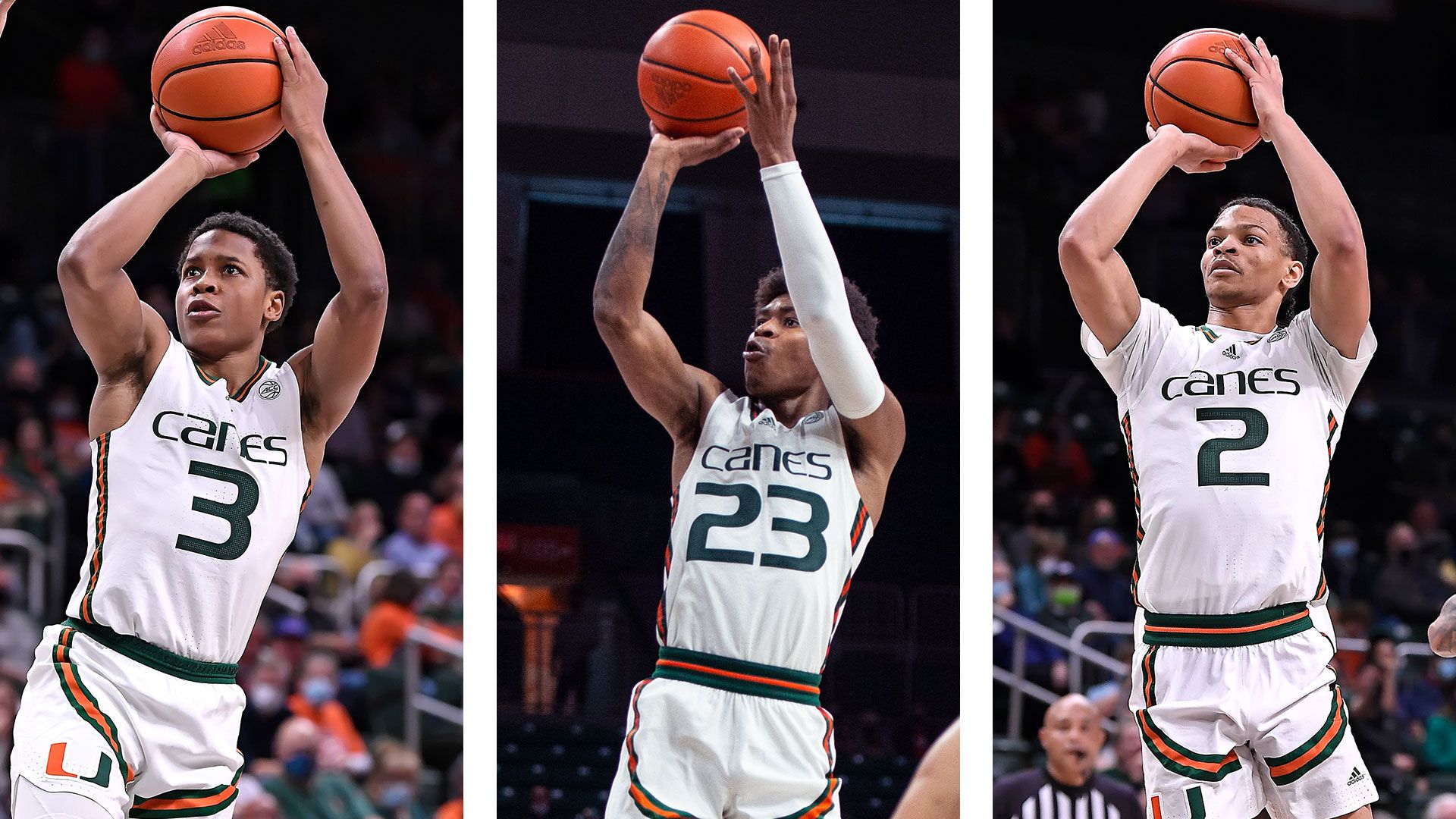 “I am thrilled for Kam, Isaiah and Charlie,” Miami head coach Jim Larrañaga said. “All three of them had truly excellent seasons and were key factors in the overall success of our team. They’re each very deserving of these honors and I’m glad people around the league are aware of what they have accomplished.”

Hailing from Chicago, Moore capped the regular season second in the ACC in steals (2.0), fourth in assists (4.3) and sixth in assist-to-turnover ratio (2.13). His 63 steals on the season are co-fifth-most in school history. In addition, Moore’s 44 steals and 98 assists in ACC play both set new program records. 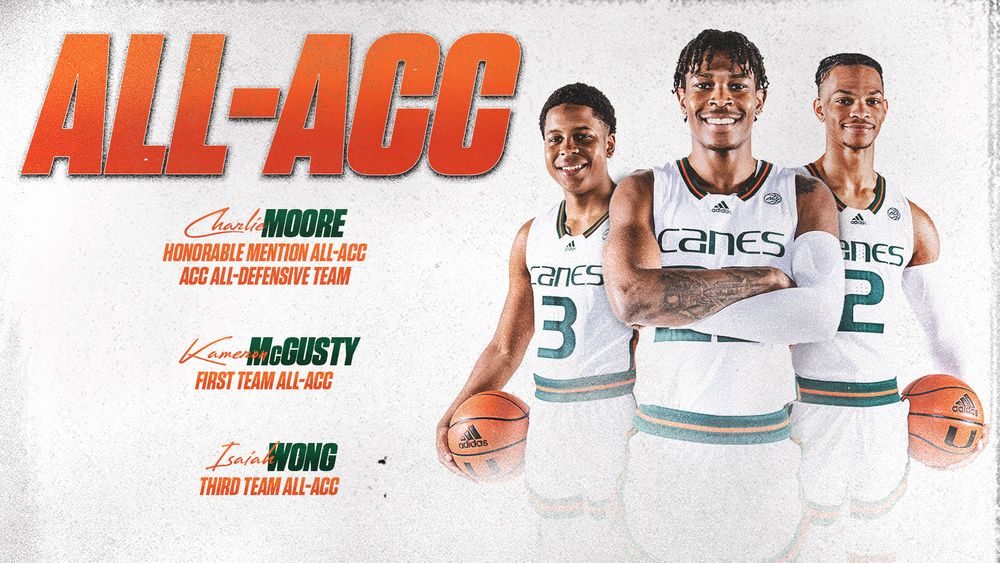 McGusty finished fourth in All-ACC balloting with 315 of a possible 390 points, while Wong tied for No. 12 with 119 points and Moore placed No. 19 with 42 points. In addition, Moore earned 45 of a possible 78 points in All-ACC Defensive Team voting, good for fourth-most.

Third-year sophomore forward Anthony Walker tied for second place with six votes for ACC Sixth Man of the Year, while Larrañaga placed fourth in ACC Coach of the Year balloting with three votes. Moore finished fifth for ACC Defensive Player of the Year with two votes.

This is the fourth time three Hurricanes have received first-team, second-team, third-team or honorable mention plaudits in the same year, alongside the 2012-13, 2014-15 and 2015-16 campaigns. In addition, it is the fourth time Miami totaled four-plus honors, joining the same three seasons.

Fourth-seeded Miami begins ACC Tournament play Thursday at 2:30 p.m. in the quarterfinals against a to-be-determined opponent, live on ESPN2 from the Barclays Center in Brooklyn, N.Y.