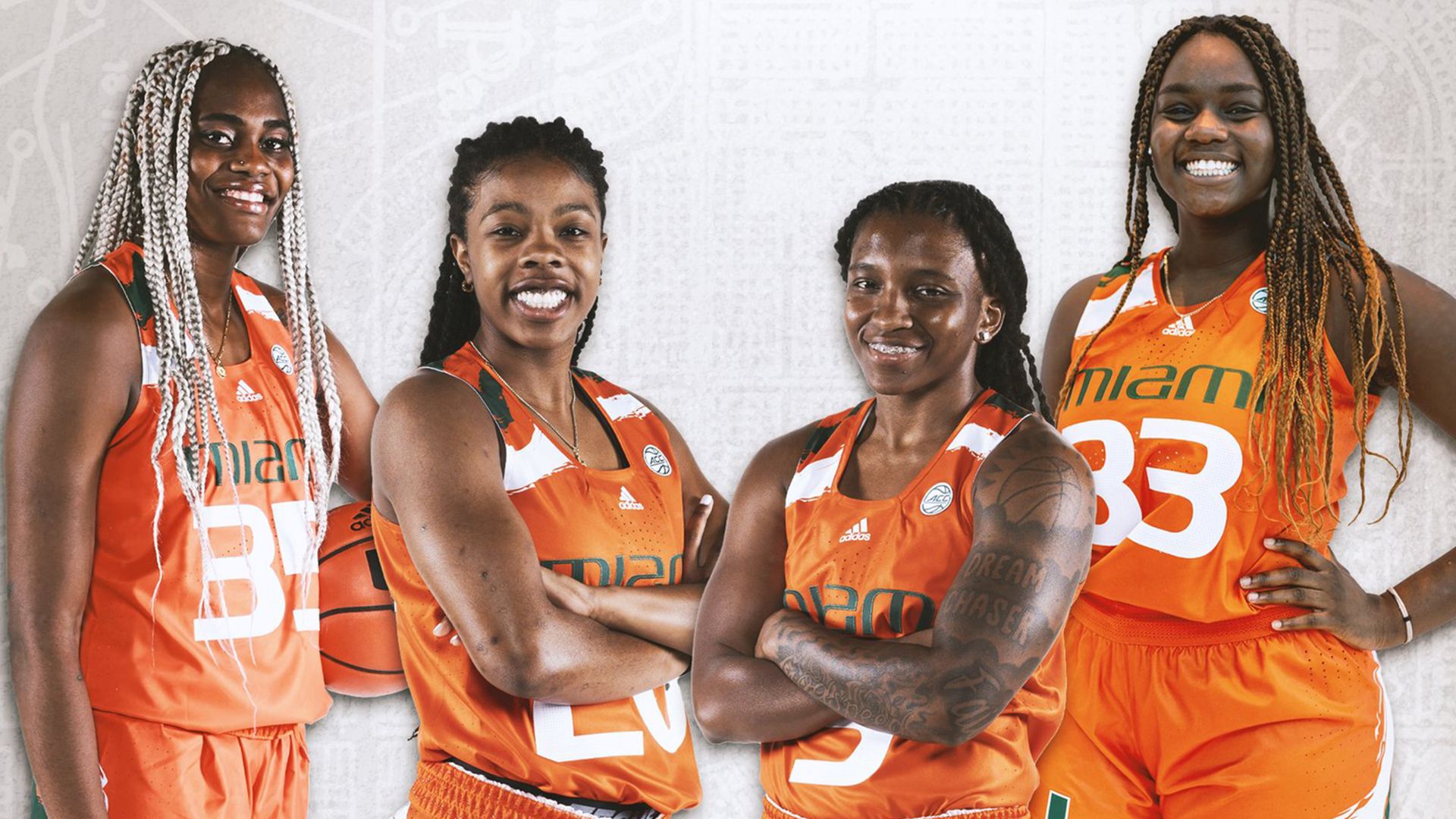 Suiting Up For The Seniors

The Hurricanes return to the Watsco Center for the final time in the 2021-22 regular season, taking on the Clemson Tigers on Senior Day. Tipoff is set for 4:30 p.m. and the game will air on Bally Sports with Tom Werme and Tabitha Turner-Wilkins on the call. Fans can also listen to the game on WVUM 90.5.

Miami and Clemson have met 24 times in program history with 22 of the 24 meetings coming since the Canes joined the ACC prior to the 2004-05 season. Miami holds the 16-8 series advantage, including an 16-5 mark in ACC play. The Canes have won eight of the last 10 meetings and are 7-3 when playing in Coral Gables, Fla.

The Hurricanes and the Tigers already met one before this season, with Miami coming out on top, 69-60, in January. Miami is 5-0 in regular season contests against Clemson over the last two years.

Miami will be honoring four seniors on Senior Day — Maeva Djaldi-Tabdi, Mykea Gray, Kelsey Marshall and Naomi Mbandu. The senior group has combined to play 338 games for the Hurricanes, including 226 career starts. Two of the four players — Gray and Marshall — are five year players for the Hurricanes, both averaging double-digit points (Gray – 10.8, Marshall 10.5) in their respective Miami careers.

MORE ON THE SENIORS ⬇️ 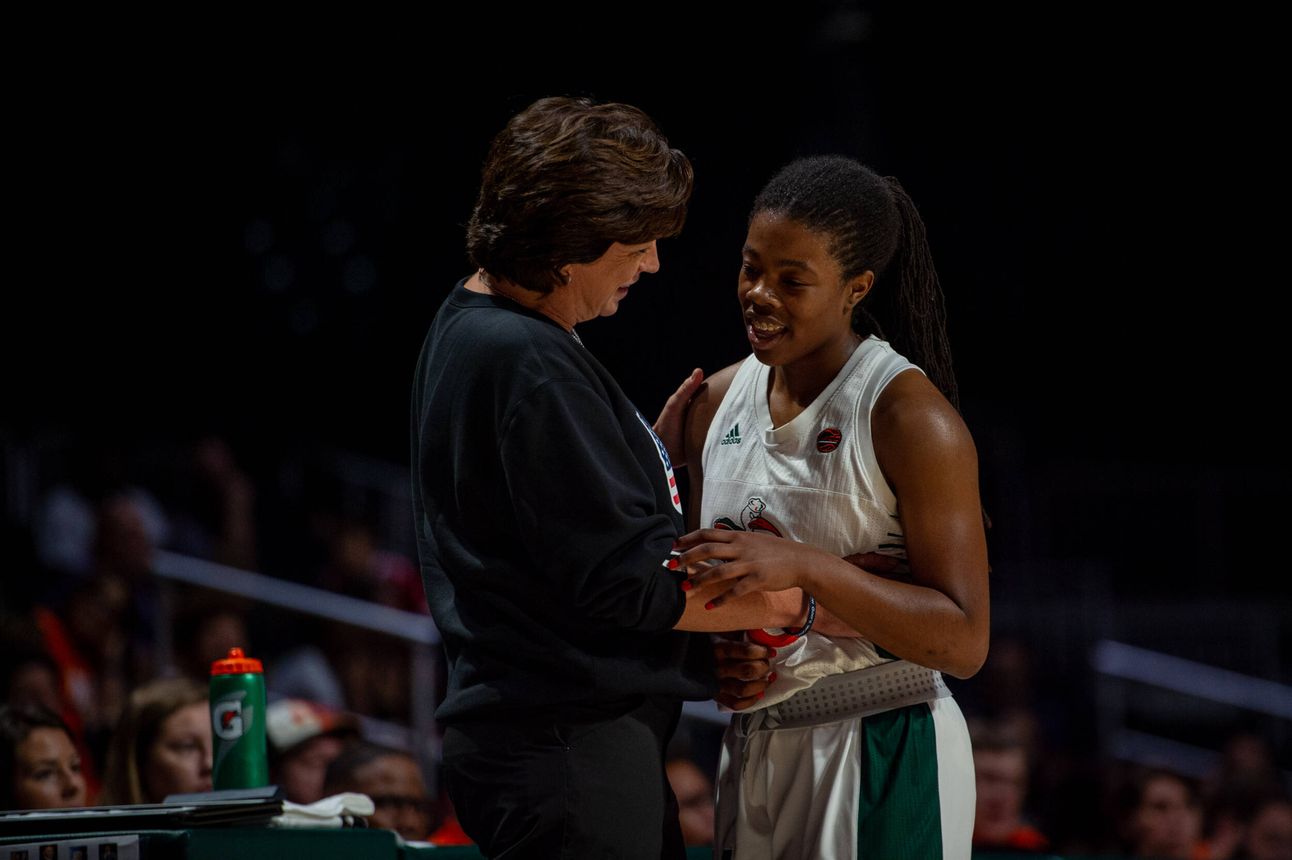 Graduate student Kelsey Marshall recorded her fourth 20-point game of the season, but the Hurricanes fell short of the Virginia Tech Hokies, 70-63, Thursday night at Cassell Coliseum. Miami has taken five top-25 teams down to the final minutes of the game this season, with the five games ultimately being decided by single-digits.

Marshall has tallied double-figures in 22 games this season, including 13 of the last 14 games. Fellow graduate student Destiny Harden and junior Lola Pendande joined Marshall in double-digits with 13 and 10 points, respectively. 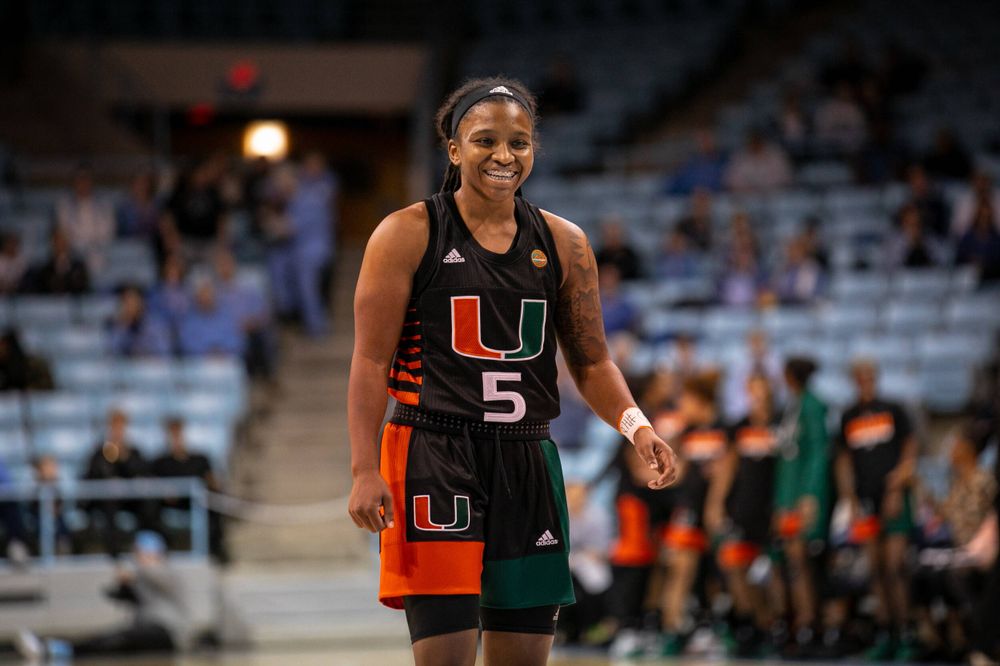 Nineteen of the Hurricanes’ 27 games this season have come against top 100 NET teams as Miami has played the 29th toughest schedule in the nation. The Hurricanes are 8-11 in those 19 games, with four of the eight wins coming against top 60 NET teams.

The Hurricanes have recorded a pair of season sweeps, taking down in-state rival Florida State and top-25 Georgia Tech. FSU is a first four out-team and Georgia Tech is a seven-seed according to ESPN’s Charlie Creme. 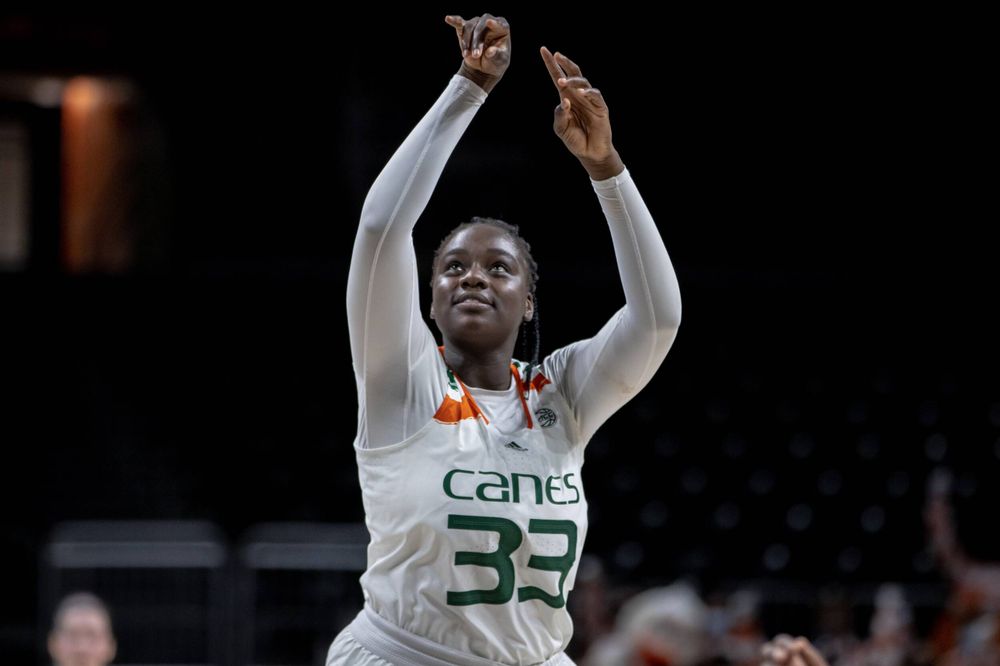