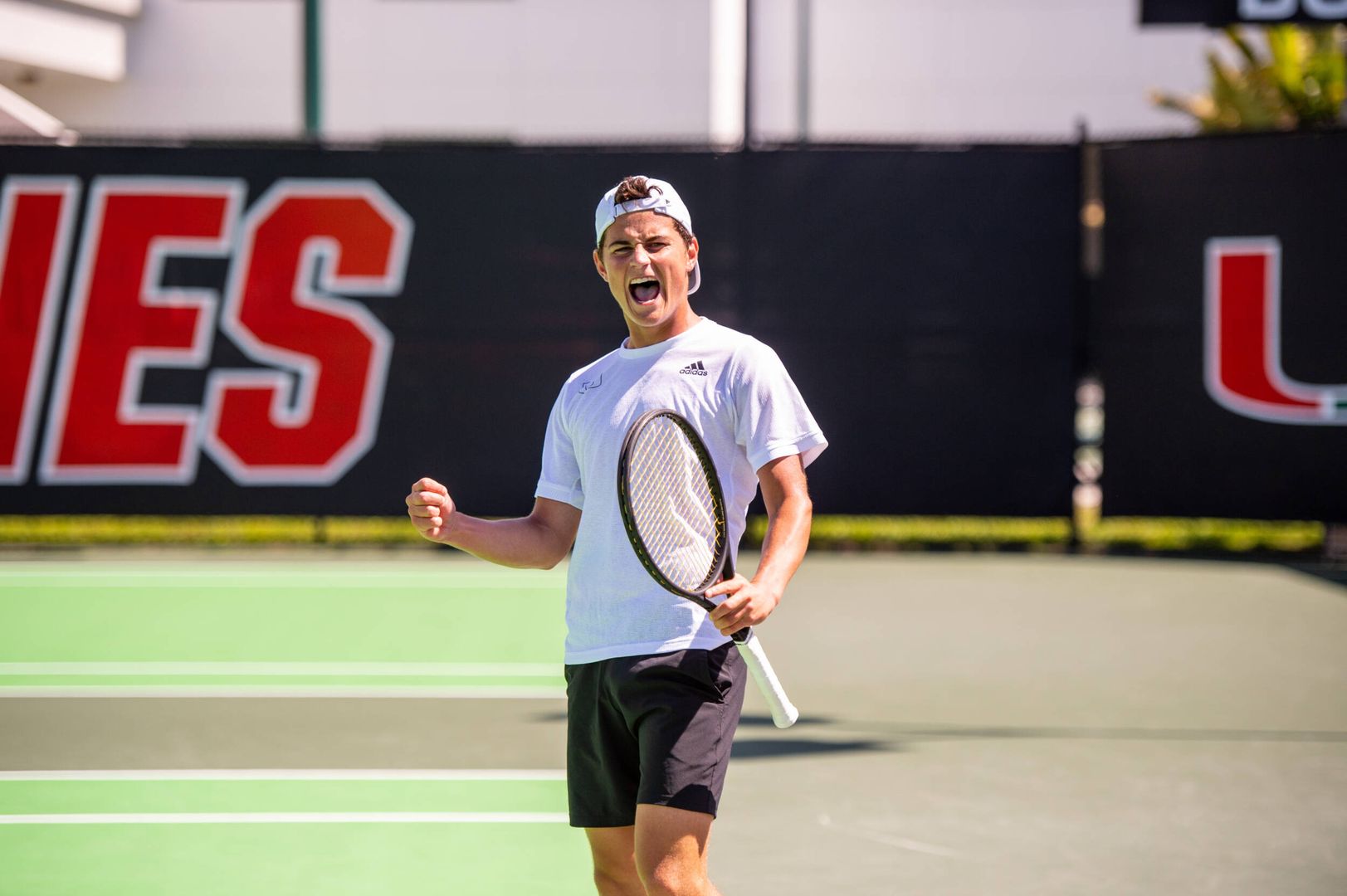 Miami Starts The Weekend With A Win

Vasser carried his winning momentum into singles play, tying the match at one after defeating FAU’s Filip Krolo, 6-2, 6-3, on court four. The win was the impetus of a dominant singles performance by the Hurricanes, as they won the next three matches in decisive fashion.

Katz and fellow freshman Casper Christensen won their matches on courts five and six, respectively, within a minute of each other. Christensen remains undefeated in singles action this spring with a 4-0 record, while Katz moves to 8-1 on the season.

Fourth-year junior Bojan Jankulovski and fifth-year senior Benjamin Hannestad were in battles on their respective courts, each sitting tied at one set apiece with their opponents when the match was clinched.

The Hurricanes are back in action on Saturday when they host the Liberty Flames at 12 p.m. at the Neil Schiff Tennis Center. The first 50 fans will receive free pizza and a raffle ticket for the opportunity to win an authentic Miami match shirt.