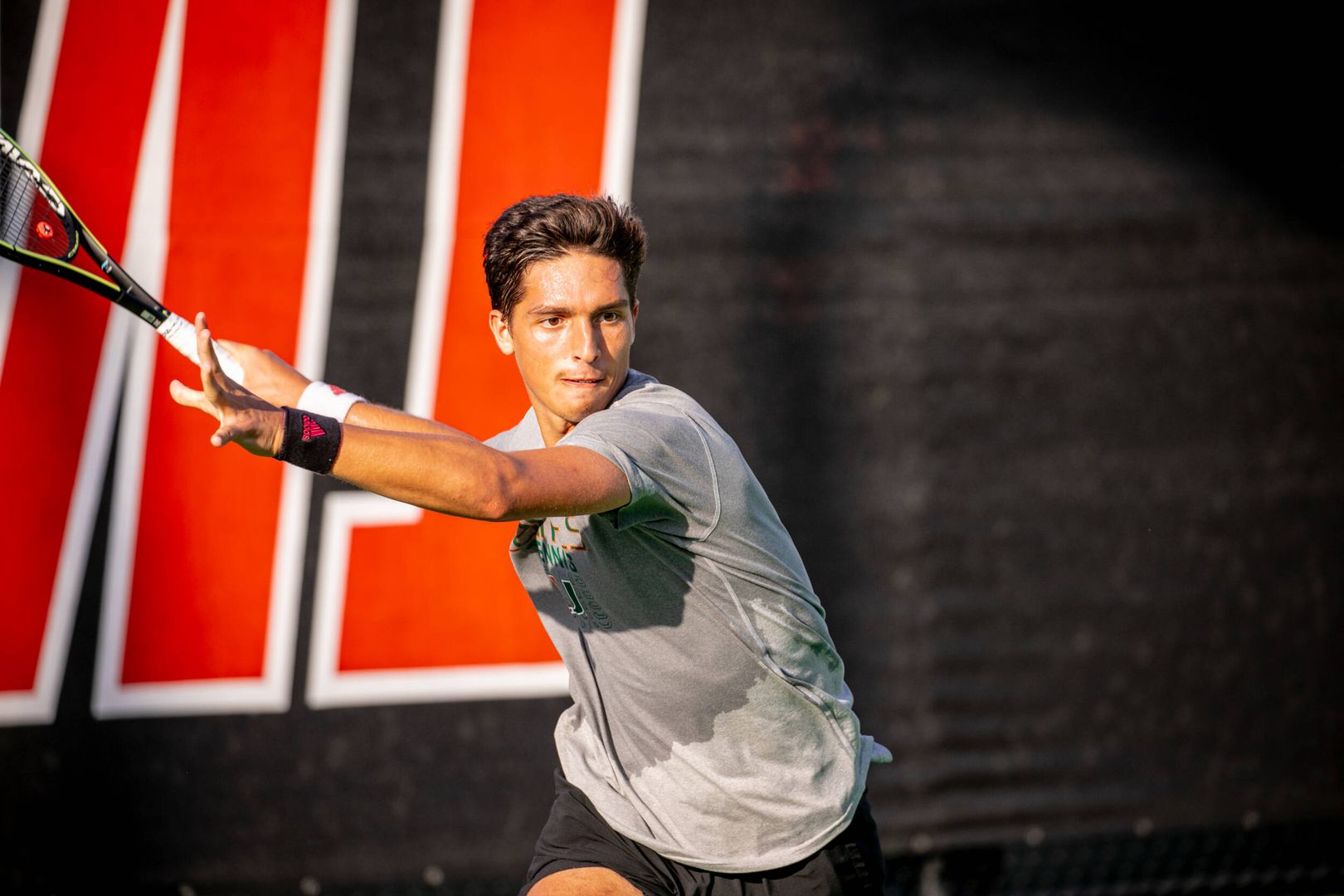 CORAL GABLES, Fla. – The University of Miami men’s tennis team is back at the Neil Schiff Tennis Center this weekend ready to continue its winning ways against FAU and Liberty. The Hurricanes will face off with FAU at 10 a.m. on Friday, before taking on Liberty on Saturday at 12 p.m.

The Hurricanes checked in at No. 35 in the ITA’s first team ranking of the spring season, holding a 7-1 overall record with their only loss coming to No. 2 Baylor at ITA Kickoff Weekend in Waco, Texas.

Miami has swept three opponents this season, including a 7-0 win over the Mercer Bears last time the Hurricanes took the court in competition. The Hurricanes have only conceded four points in their seven wins this season.

The doubles duo of fifth-year senior Benjamin Hannestad and fourth-year junior Franco Aubone are still in the top-50 in doubles rankings, coming in at No. 27 after suffering a tough doubles loss to Georgia State a week ago.

Graduate student Dan Martin joins Aubone and Hannestad in the ITA rankings as the No. 117 singles player in the nation, posting a 12-5 overall record.