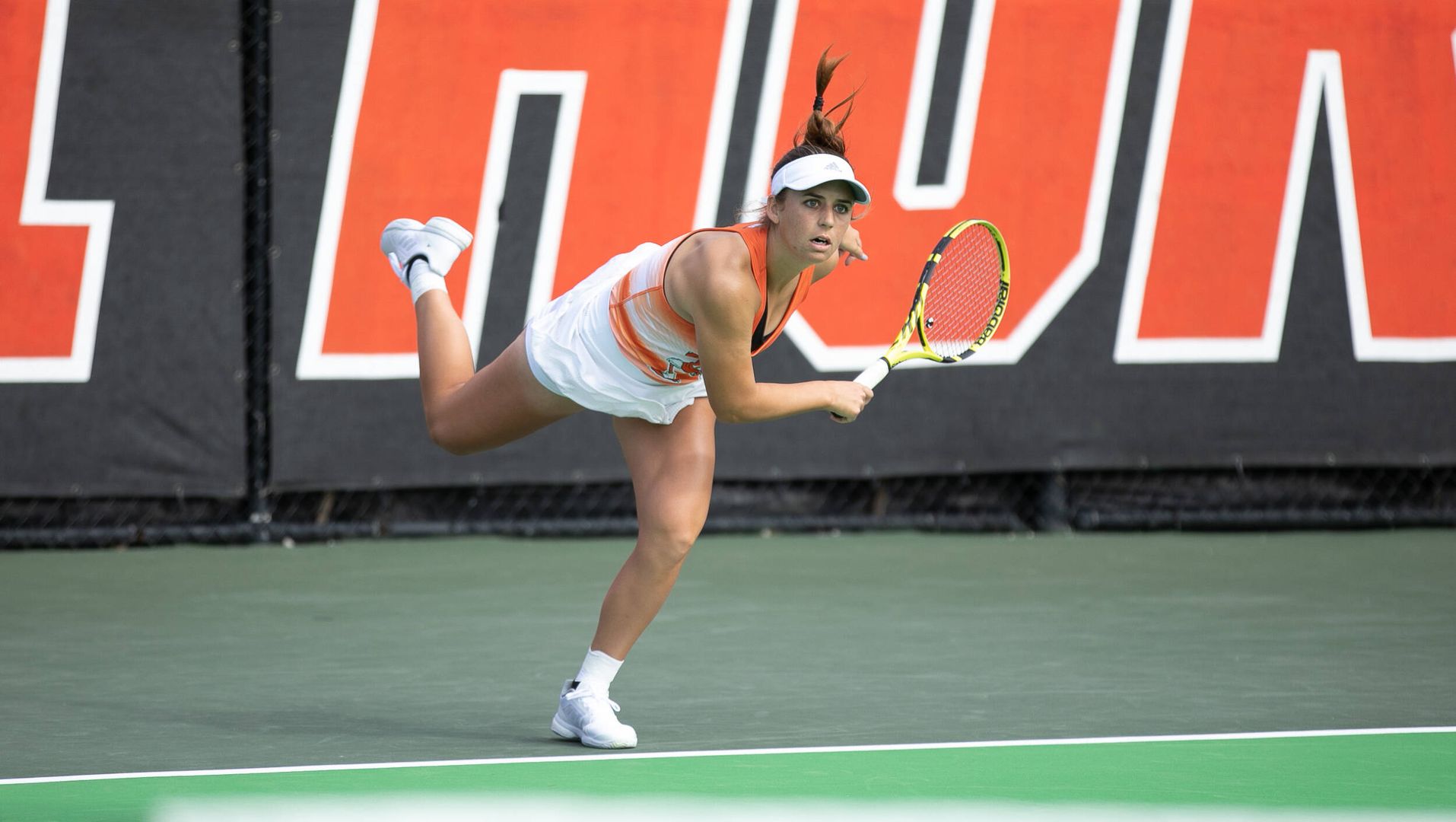 W. Tennis Jumps to No. 15 in First Computerized Rankings

CORAL GABLES, Fla. – The University of Miami women’s tennis team made a significant move in the initial 20222 computerized ITA rankings.

Miami (5-1) earned a dominant 5-0 sweep of then-No. 19 UCF in its last pre-conference match, Sunday afternoon at the Neil Schiff Tennis Center. It marked the team’s second straight win over a top-20 foe.

The Hurricanes are one of 11 ACC teams in the expanded top-75 rankings, including one of six in the top 20. Miami joins top-ranked North Carolina, second-ranked NC State, ninth-ranked Virginia, No. 14 Duke, No. 18 Wake Forest, No. 29 Notre Dame, No. 44 Florida State, No. 47 Georgia Tech, No. 67 Syracuse and No. 68 Louisville on the list.

The complete ITA poll is available HERE. It will update each week for the remainder of the 2022 season.

Miami opens ACC play Friday at 5 p.m. when it hosts No. 67 Georgia Tech at the Neil Schiff Tennis Center.