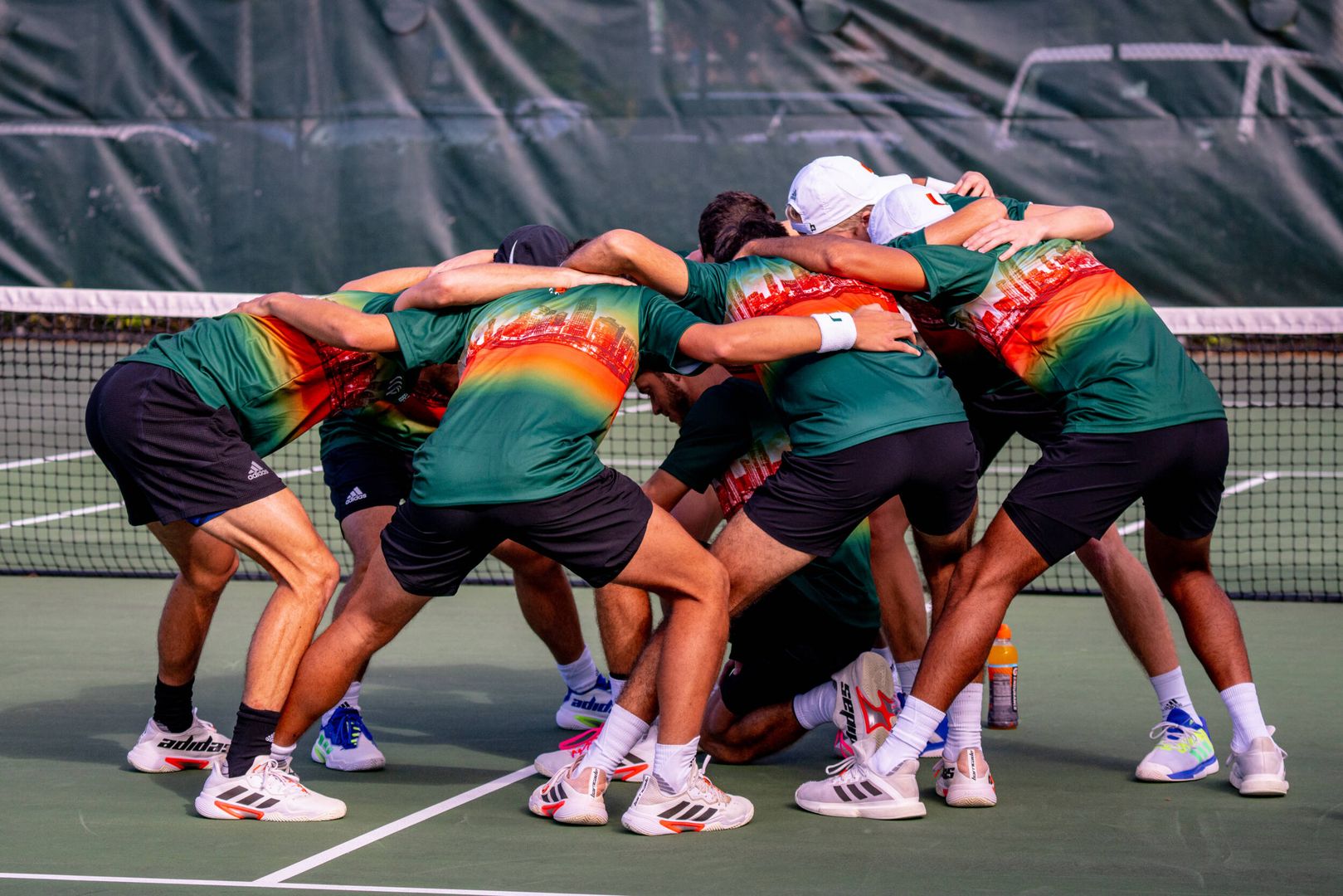 Miami Faces First Loss of Season at No. 2 Baylor

Baylor quickly jumped out to a 1-0 lead in the championship game of ITA Kick-Off Weekend (Waco Regional) after winning the doubles point.

Fifth-year senior Benjamin Hannestad and fourth-year junior Franco Aubone, the seventh-ranked doubles team in the nation, were in a tight 4-3 battle with Baylor’s No. 1 doubles team of Finn Bass and Sven Lah when the doubles point was clinched on court three.

Jalif’s and Katz’s matches on courts six and five, respectively, ended almost simultaneously, both coming up short against their respective Baylor opponents. Katz was hit with his first loss in a Miami uniform (3-6, 1-6), while Jalif fell to Baylor’s Mazzuchi (3-6, 0-6).

The match was ultimately decided on court four where Vasser could not stave off Baylor’s Marko Miladinovic, falling 1-6, 3-6.

At the time the overall match ended, Hannestad was in the midst of a three-set thriller at third singles, trailing 0-6, 6-1, 0-2. Martin was up 6-3, 1-3 in first singles, while fifth-year senior Bojan Jankulovski was trying to hold off Baylor’s Soto, 4-6, 1-4.

The Hurricanes have a short break before their next matches, hosting Georgia State and Mercer on Feb. 18 at 11 a.m. and 3 p.m., respectively.