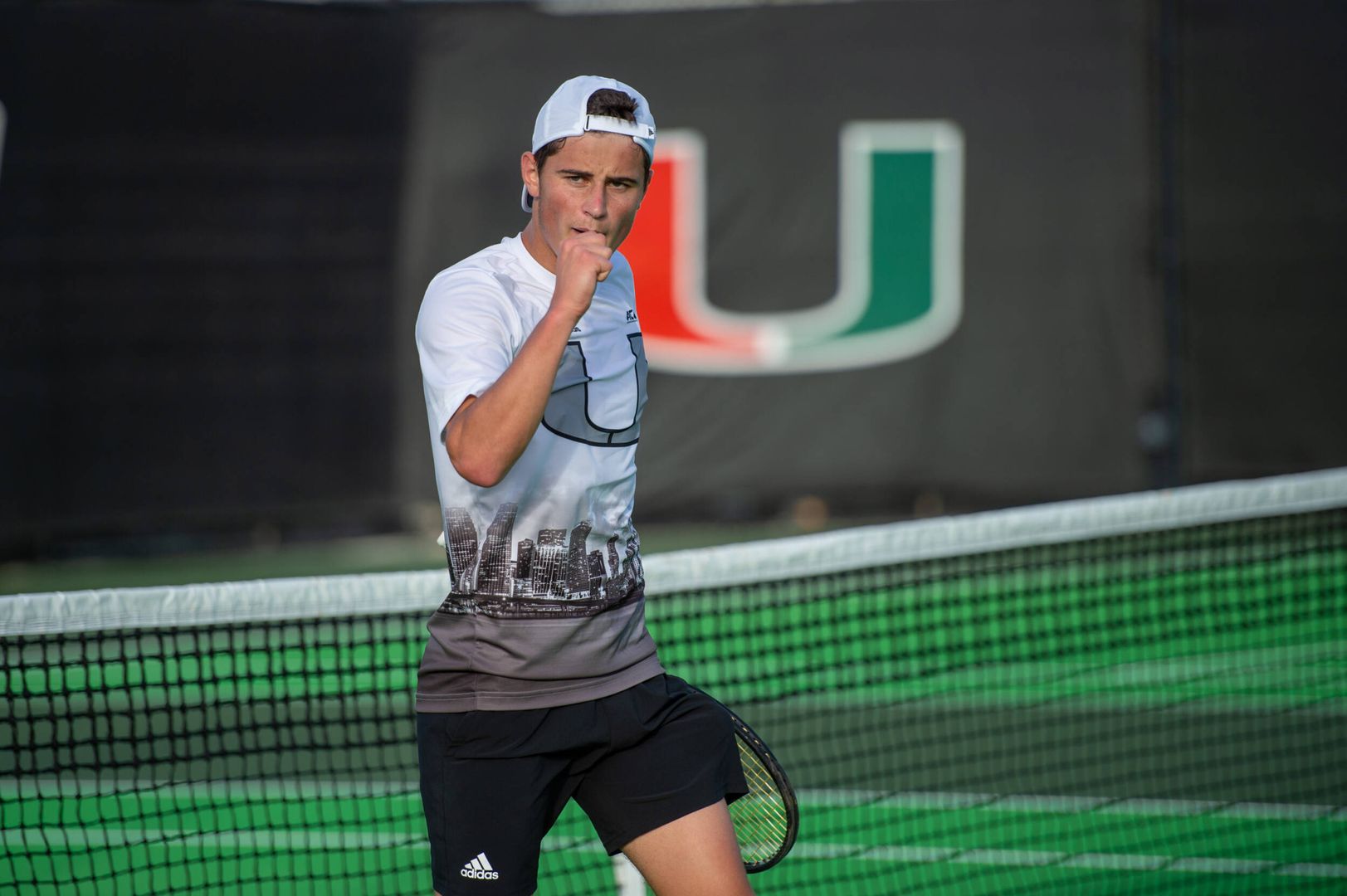 The Hurricanes (3-0) quickly took care of business in doubles action, securing the doubles point thanks to a 6-2 win by the No. 7 doubles pair of Franco Aubone and Benjamin Hannestad, and a 6-3 victory by the Miami duo of Juan Martin Jalif and Martin Katz.

A trio of Canes – Hannestad, Jalif and Katz – remained undefeated in singles play on the season, each posting wins in their respective singles matches.

At second singles, Hannestad took the first set, 6-3, but dropped the second in a tough 5-7 battle. The fifth-year player stayed resilient, grinding out a 7-6 (6) third set victory to move to 3-0 in singles action this season.

The No. 121 player in the nation, graduate student Dan Martin, recorded his second singles win of the season, defeating FGCU’s Juan Montes, 6-2, 7-5 on Friday.

Fifth-year senior Bojan Jankulovski was tagged with his first loss of the season at first singles, falling 7-5, 6-4, to Magnus Johnson.

The Canes seek to carry their momentum into their fourth match of the season, a meeting with North Florida on Saturday at 1 p.m.