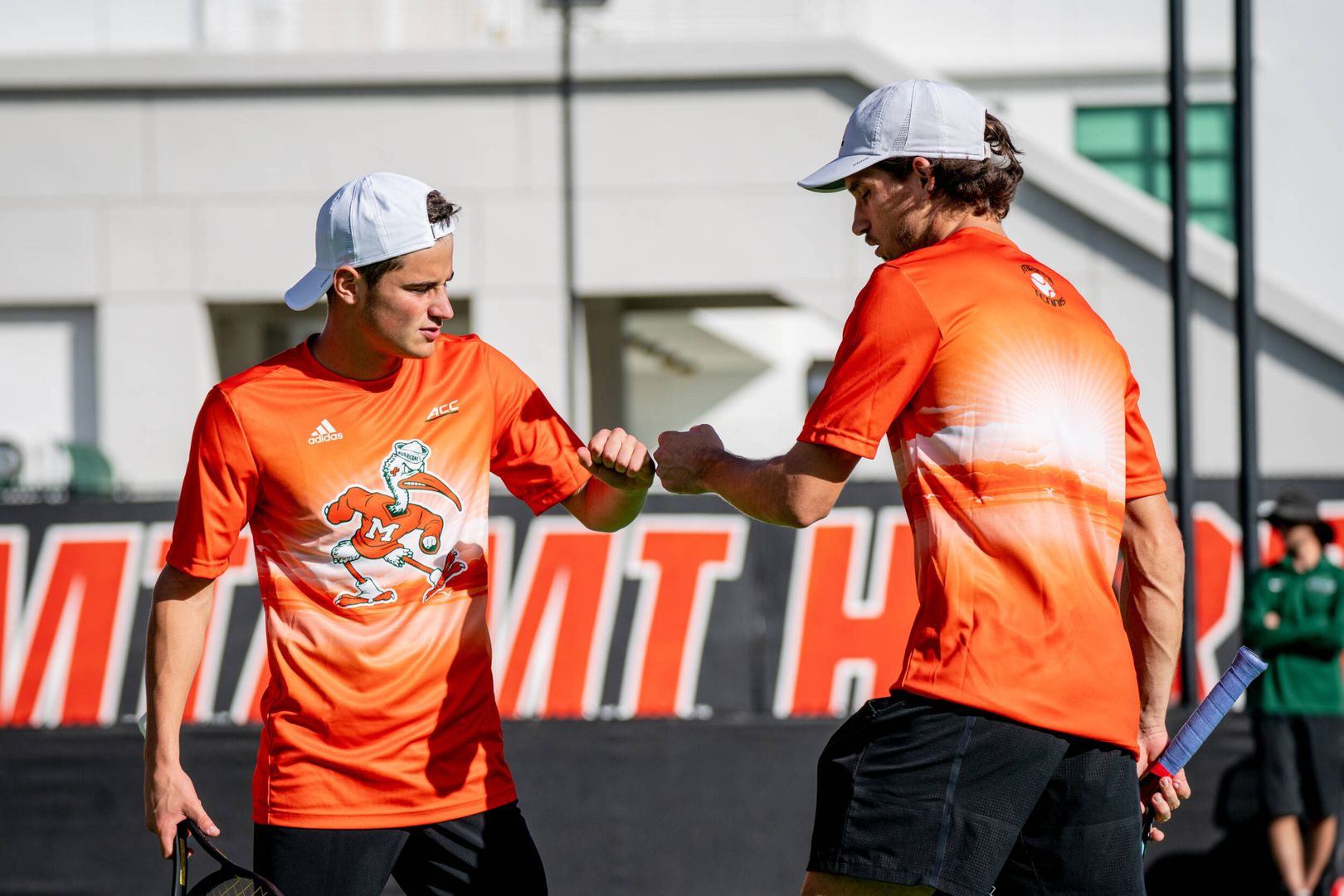 The Hurricanes bested the Troy Trojans (1-2), 6-1, in the morning match, before dominating the Binghamton Bearcats (0-3), 7-0, to close out the day at the Neil Schiff Tennis Center.

Fifth-year senior Bojan Jankulovski paved the way for the Canes, posting a 2-0 mark at first singles and a 1-0 record at third doubles across the two matches. The Skopje, Macedonia, native defeated Troy’s Pelayo Antuna, 6-2, 6-4, in the morning before besting Binghamton’s Shourya Verma, 6-2, 6-2 to cap the Canes’ victory.

In their first collegiate matches, freshmen Martin Katz and Casper Christensen went undefeated, accumulating a 4-0 record between the two of them.

Katz made his Miami debut at second doubles, working in tandem with fourth-year junior Juan Martin Jalif to clinch the doubles point for Miami with a 6-2 victory over Troy’s Nicolas Simkin and Christophe Tasker. He then followed up with a gritty win at fourth singles, defeating Troy’s Manuel Bernard in a two-set battle [6-2, 7-6 (3)].

Christensen dominated the court against Binghamton, posting a resounding 6-0, 6-0 victory at sixth singles over Courage Crawford.

Vasser conceded just eleven games across all of four of his singles and doubles matches, recording a 3-0 mark, with one doubles contest remaining unfinished.

Martin started singles action with a tough three-set match, ultimately falling to Troy’s Carles Anton in a third-set 10-point tiebreak, 7-5, 2-6, 9-11. The grad transfer regrouped in the afternoon session, posting a win in both doubles and singles action, including a decisive 6-1, 6-0 victory at second singles against Dan Pergel of Binghamton.

The seventh-ranked duo of fifth-year senior Benjamin Hannestad and fourth-year junior Franco Aubone, picked up where the left off at ITA Fall Nationals, tallying a 6-2 victory at first doubles against Troy.

Hannestad added a pair of victories at third singles to his resume, while Jalif notched a win of his own at sixth singles, defeating Troy’s Tasker in a three-set thriller, 4-6, 6-2, 11-9.

Miami is back in action on Friday when it hosts Florida Gulf Coast at 3 p.m. at the Neil Schiff Tennis Center. 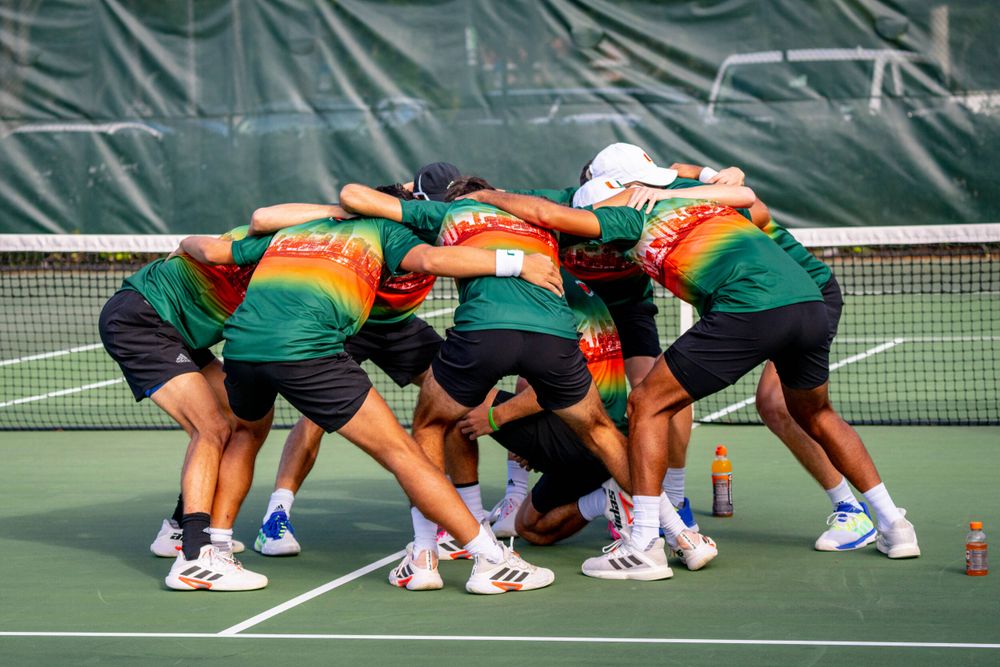