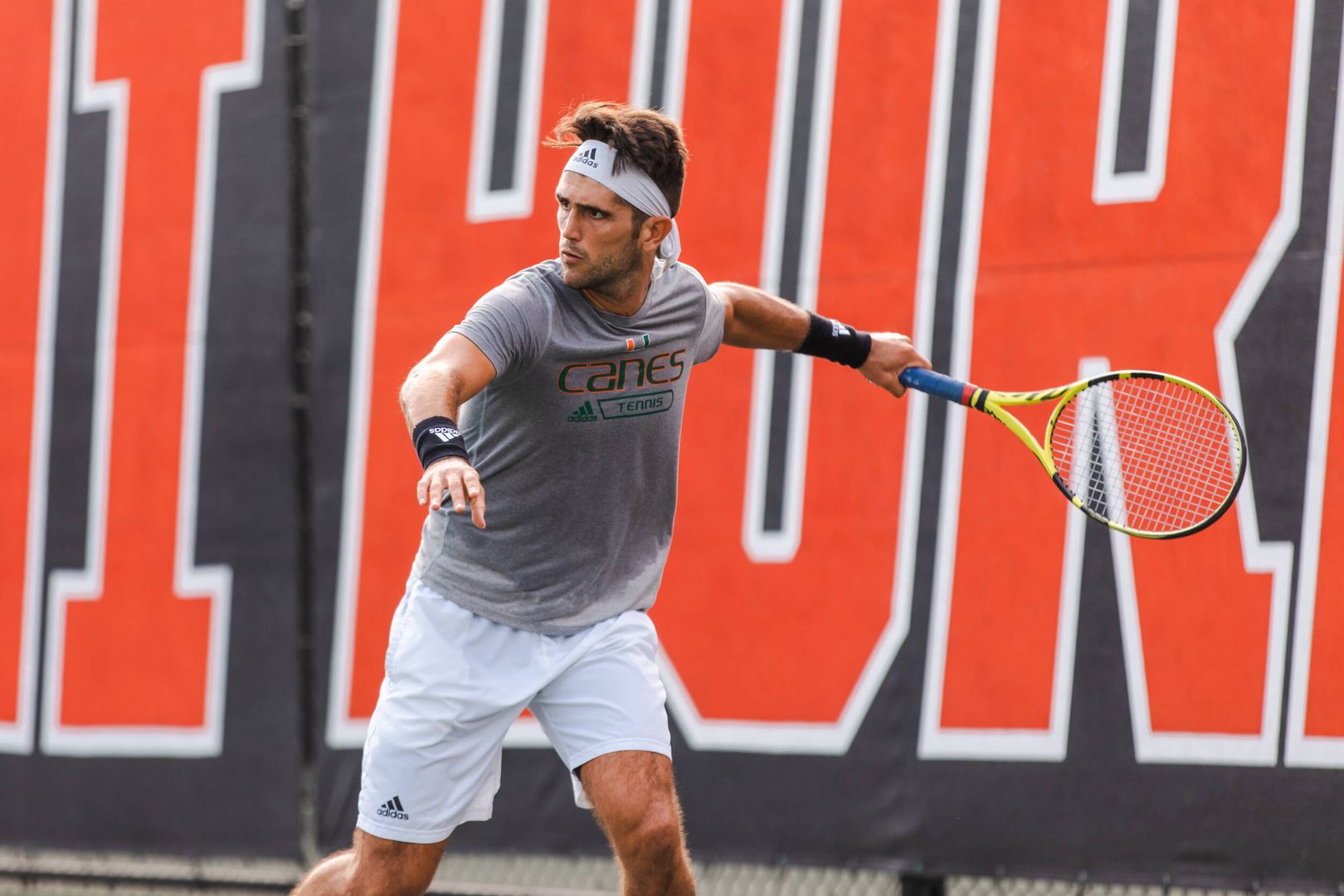 CORAL GABLES, Fla. – The University of Miami men’s tennis team is back in action for its first dual match of the season on Monday, hosting the Troy Trojans and the Binghamton Bearcats in a mid-day doubleheader.

The Hurricanes opened the 2022 spring season with the Miami Spring Invite a week ago, posting a 7-2 overall record, with a 4-2 mark in singles action and a perfect 3-0 record in doubles play.

Miami is looking to build on its momentum from a season ago when the Canes made their first NCAA Team Championships since 2018. Miami finished last season with an 8-11 mark in dual matches and a 4-6 record in ACC play.

Jalif and Martin join the Canes as transfers from Florida State and Dartmouth, respectively, while Christensen and Katz are freshmen at Miami.

Miami will have the opportunity to compete for the first time as a full team on Monday, with the match against Troy beginning at 9 a.m., followed by a dual match with Binghamton at 3 p.m.