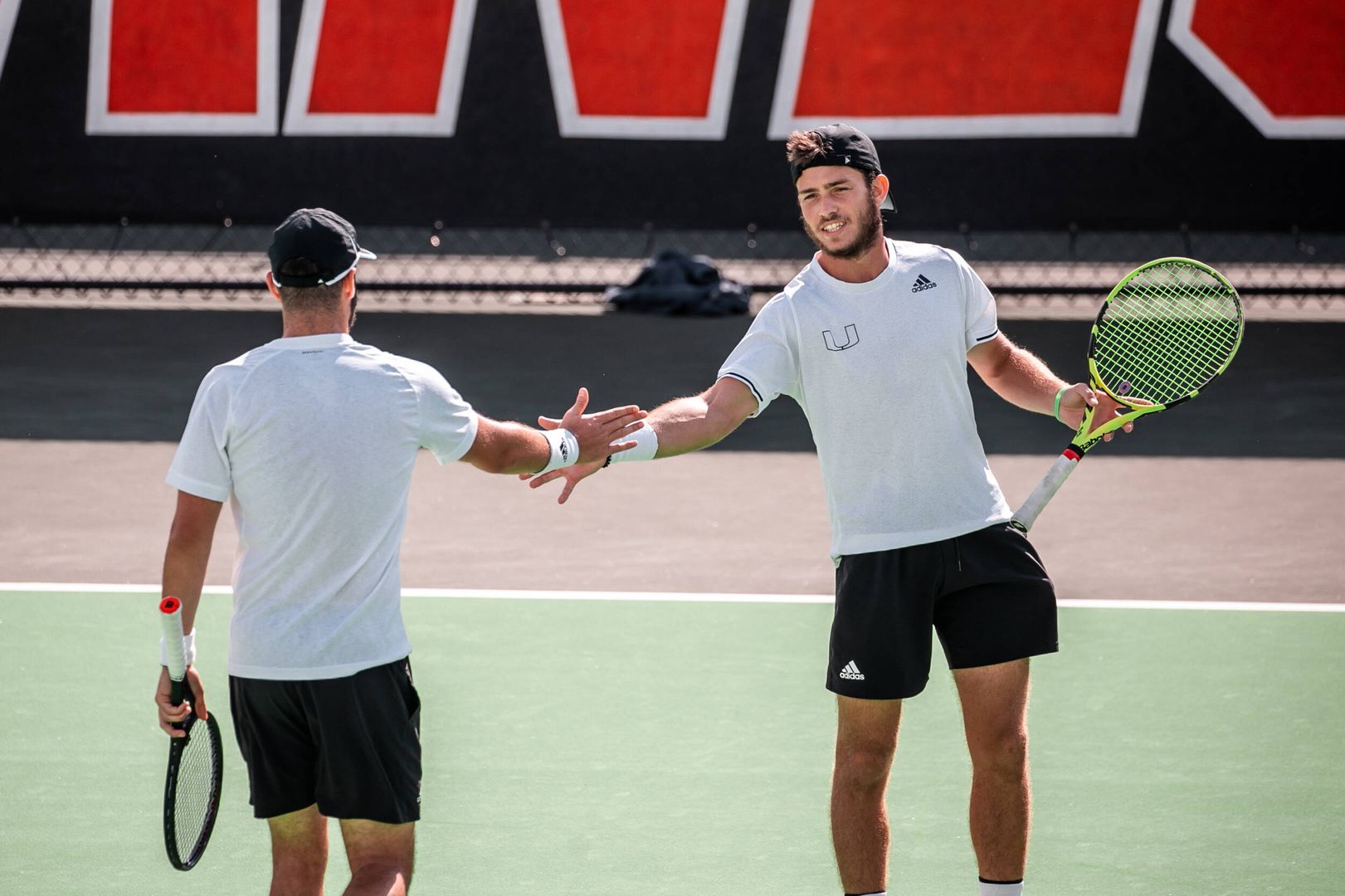 CORAL GABLES, Fla. – The University of Miami men’s tennis team hosted its first and only home tournament of the spring schedule this weekend, welcoming three top-15 teams to the Neil Schiff Tennis Center.

The Hurricanes played host to No. 3 Texas, No. 8 Georgia and No. 11 Central Florida in the 3-day Miami Spring Invite in Coral Gables, Fla. There were eight ranked singles players in attendance, including Miami’s No. 121 Dan Martin, and a pair of ranked doubles teams.

As a team, Miami went 7-2 overall on the weekend, with a 4-2 mark in singles action and a perfect 3-0 record in doubles play.

Fourth-year junior Oren Vasser also posted a 2-1 mark in singles action, recording a pair of wins on Friday and Saturday, before dropping Sunday’s match against Texas’ Evin McDonald (7-5, 7-5). Vasser’s win on Friday was a decisive 6-3, 6-3 victory over Britton Johnson of Georgia. On Saturday, Vasser found himself in a hole after falling 6-2 in the first set, but he rallied to win the next two sets 6-1, 6-4 to take the match victory.

In doubles action, Martin and Vasser were dominant on the court, besting doubles teams from Central Florida (6-3), Georgia (6-3) and Texas (6-2).

Miami hosts its first dual match of the season on Jan. 17 when it takes on Troy at 9 a.m., followed by a dual match against Binghamton at 3 p.m.